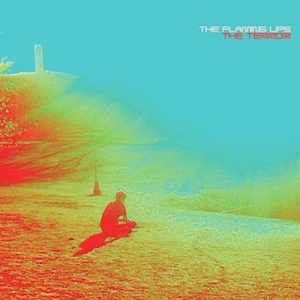 For a band that’s spent almost three decades morphing their sound and generally weirding people out, it’s pretty amazing that the Flaming Lips are currently at their most unpredictable. I’m not even just talking about Wayne Coyne’s appearance in a particularly bizarre Subaru Super Bowl ad this year, or last year’s collaboration album The Flaming Lips and the Heady Fwends that provided the only possible medium known in this dimension to bring Ke$ha, Coldplay’s Chris Martin, Yoko Ono, and Lightning Bolt together on the same album.

Even their main output the past several years has provided a surprisingly supple and thoughtful evolution of their sound. Their last album, 2009’s fantastic double-LP Embryonic, marked what could be seen as the beginning of the third phase in the Lips’ career: after a decade of making noisy, silly, drug-infused slacker rock, they shifted their sound in the late 90’s to sprawling, spacious, and oddly uplifting drug-infused psychedelic ballads, producing their 1998 masterpiece The Soft Bulletin in the process. Embryonic saw them continue the use of these sound techniques, but starkly re-imagined them in delightfully terrifying new ways, creating a world that sounded more hellish than their usual heavenly. Their thirteenth full-length, The Terror, as its name suggests, takes bleakness to a whole new level.

Opening track “Look… The Sun is Rising” jolts to a start with a humming synth that conjures up imagery of a UFO landing, beaming you into their ship to take you away. But immediately, these aliens start bashing you over the head with abrasive guitar strokes, fierce drum hits and Wayne Coyne’s distant mumbling vocals, making for a highly addicting bout of audio chaos.

But from there, the album’s atmosphere takes a sharp turn to a quieter, mostly drum-less and more spacious sound. The Flaming Lips have a history of making progressive and highly conceptual songs, but here the tracks are more meandering journeys through a hazy landscape than they are defined stories told in distinct phases. “Try To Explain” is an absolutely gorgeous ballad that features beautiful other-worldly textures wrapping around Coyne’s breathy voice. “You Lust” is a 13-minute long, mostly ambient instrumental piece that’s strangely pleasing to listen to, though you might not exactly be bumping it in your car. “Butterfly (How Long it Takes to Die)” and “Turning Violent” are both particularly emotional crooners, tied together through repetitive and subtly overdriven elements.

It’s probably safe to say that The Terror is the Lips’ least rock-centric album yet. Not only do they largely shelve drummer Steve Drozd’s incredible percussion abilities, many if not most of these tracks lack any traditional rock instrumentation at all, even occasionally sounding like Animal Collective. The album as a whole spends an awful lot of time floating through space, which often is absolutely stunning, but also makes you anxious for a melodic hook or a climax to keep it grounded. It’s a fulfilling journey as a tourist, but you might not feel the urge to revisit it.

The Strokes: Come Down Machine