With sizzling beats, all marinated front to back and mixed in with a few piping hot rhythms, Slowdive’s 1993 sophomore studio album titled Souvlaki is just as good as your all-time favorite Greek cuisine. Souvlaki paved the way for future generations of music by creating new styles of sound that completely coat your ears, soothe your hunger and leave you satisfied.

From the resurgence of shoegaze artists in the 2010s to the adoption of the reverb-heavy subgenre on TikTok, the sounds of whirling guitars and ethereal vocals have entranced the minds of Generation Z. Nearly 3 decades after its release, Souvlaki has become a staple in shoegaze history and has touched the hearts of both receptive listeners and old fans.

Originating in the late ’80s, the short-lived subgenre of shoegaze began in the United Kingdom and fizzled out in the late ’90s. Containing elements of both indie and alternative rock, shoegaze songs have a textured, prominent noise in the background with dreamy, unintelligible lyrics in the foreground. The distinction between different instruments is hard to decipher, but all together sounds like a distorted crowd of guitars. Contrasting with the busy surrounding sound, the soft vocals make the listener feel weightless. This combination of two vastly unlike elements still manages to exude a delightful and immersive experience. The name “shoegaze” is derived from guitarists using pedals to create sonic fuzz, causing them to constantly look down at their feet. Hence, shoegazers were known for their long stares at their shoes, ultimately avoiding eye contact with the audience.

So, who birthed this long-lost cousin of rock music? The parents of shoegaze have been found to be Cocteau Twins and The Jesus and Mary Chain — two prevalent alternative rock bands during the ’80s. Cocteau Twins’ 1982 debut album, Garland, possesses a perfect blend of punk rock and goth with their discography steadily becoming more shoegaze with time, which is highlighted in their 1983 album Head Over Heels. Likewise, Psychocandy, the 1985 debut album of The Jesus and Mary Chain, contains recognizable shoegaze sounds such as constant guitar feedback.

However, these bands did not signal the direct start of the shoegaze era. My Bloody Valentine, a band closely associated with Slowdive, defined what the genre truly meant after the release of their first EP, You Made Me Realize (1988), as well as their debut album, Isn’t Everything (1988). Both projects were the building blocks to their renowned second album, Loveless (1991), which is one of the most recognizable albums in shoegaze history. The tracks on Loveless fade into each other with great ease, leading to a seamless continuity experience. Guitar sounds resembling startled bees or earthquake vibrations flood the album, mixed in with very washed-away lyrics. I find Loveless to be my favorite among their vast discography, with my all-time favorite track being “Sometimes,” alongside others including “Come In Alone,” “Only Shallow,” “Soon” and, of course, the popular “When You Sleep.” My Bloody Valentine made their first influential steps into the dawn of shoegaze, with Slowdive continuing to keep the momentum.

Slowdive dropped their self-titled EP in 1990, followed by two more releases a year later, Morningrise and Holding Our Breath. In a review by Andy Kellman of AllMusic, he proposed that their breakout EP was a weak effort but was successful in developing a musical direction that featured sonic haze and a dreamy soundscape, which was also mirrored in their 1991 EPs. The public response to their debut album, Just for a Day (1991), was relatively the same — perhaps even worse. Written and recorded in only 6 weeks, this album performed poorly as the British Music Press started to become more invested in the American grunge scene, leaving shoegaze bands undesirable. The British Music Press believed the album failed to meet the anticipated enthusiasm, with other critics spilling out descriptors such as “a premature debut album” and “not as advanced” as their previous EPs. Though Slowdive’s early work lacked large commercial success, they greatly contributed to the development of their overall sound and revealed their growth as musicians.

Two years after critical backlash, a new item was on the Slowdive menu — the perfectly seasoned and tender Souvlaki. Just like their distant brother, My Bloody Valentine, the sophomore albums of both bands became essential parts of the shoegaze environment all thanks to the projects leading up to them. Souvlaki captures the essence of their debut album while also incorporating new ways of making sounds. Stemming from the breakup of Rachel Goswell and Neil Halstead, both band members of Slowdive, this coming-of-age album captures themes of personal turbulence, discovery and heartbreak. Simulating an experience similar to mindlessly transcending through space, Slowdive crafted guitar melodies that spin and twirl alongside voices that loop and whisper. Repetitive lyrics and recurring motifs, such as the sun, flood the entirety of this convoluted album. Souvlaki creates a listening experience that calls for both head bops and melancholic swaying, heavily contributing to this ambient atmosphere.

“When The Sun Hits,” Slowdive’s most streamed track on Spotify to date, as well as fan-favorite “Alison,” are songs that have an upbeat tempo and catchy lyrics, luring in those unfamiliar with shoegaze and would want to delve deeper into the genre. My personal favorite, “40 Days,” captures the feeling of still living in the past with an ex-lover and hating the present that lacks them. Enraged reverbed guitars bury the fragile lyrics beneath, exuding those “crying in the club” feelings. The gut-wrenching acoustic closing track to the album, “Dagger,” conveys themes of being the one who hurt the relationship and regretting the mistakes that were made. When portraying a love interest as the sun, the slow-paced “Here She Comes” encapsulates the feeling of being cold in the absence of another and warm when you see them next. The shadow on the wall signals that the light in his life is arriving.

After devouring Souvlaki, the band released their 1995 third studio album Pygmalion — an album building toward electronic, ambient music. Their record label wanted Slowdive to release a pop album, but the band resisted, resulting in them being dropped and breaking up. Some band members went along and formed a new band called Mojave 3, while others left the music scene entirely.

Two decades after their break up, Slowdive rejoined for their 2017 fourth studio album, Slowdive, where their current success lies. Entering the music atmosphere again, they announced a tour following release with the opening act Japanese Breakfast.

Looking back on Souvlaki and its importance in shoegaze history, the creation of a new genre called “nu gaze” captures the ambient feeling of ’90s shoegaze in the modern world. Inspired bands such as Beach House, Whirr, LSD and the Search for God, DIIV and Nothing implement elements of shoegaze music and have allowed the genre to resurface after decades of dormancy. Among all vinyl sold at Amoeba Music, Souvlaki placed on their top 50 best-selling albums for 2021, proving their everlasting effect on music creation and their growing fandom in newer generations. As well as this, Souvlaki was placed as one of the best albums of the 1990s.

Aging like wine, an album that once repulsed the public came back with an enticing scent, inviting in more fans than ever before. Though the future of Slowdive is unknown, the recipe for Souvlaki’s success will continue to influence the means of music production for generations to come. 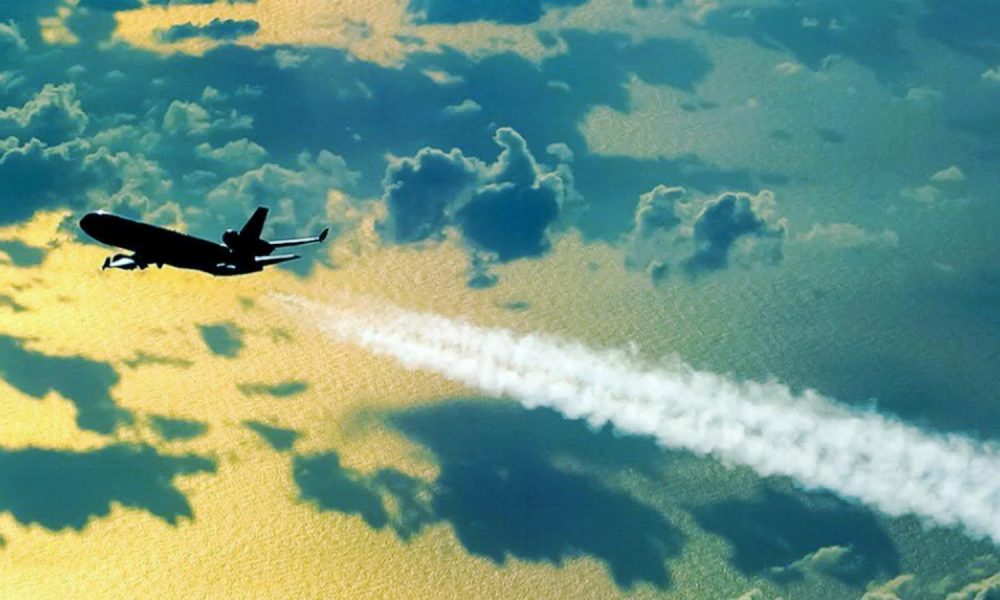 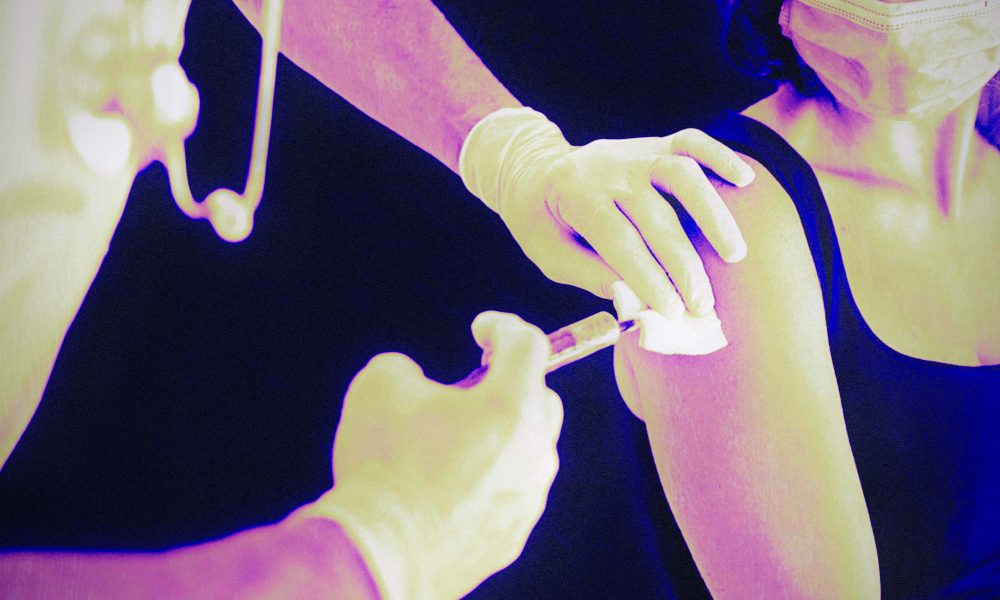