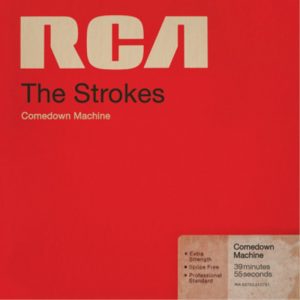 Things change, that’s for sure. The Strokes are definitely not immune to this. Their newest release, Comedown Machine, probably best exemplifies this. The best way to summarize this record is: it’s hard to explain.

Their last release back in 2011, Angles is where we first began to see this drift towards a super experimental sound. This trend continues, if not peaks in Comeback Machine.

Comeback Machine is what you’d expect to hear from any run-of-the-mill Brooklyn indie band today, not the musical collective that came out of the brief gritty garage rock revival period of the early 2000s.

There’s a good chance that after listening to any track off Comeback Machine that you’re going to find yourself craving the crazy guitar riffs of The Strokes that you once knew.

Comeback Machine may be different, but it’s not terrible. Most of the tracks are catchy, “80s Comedown Machine” has actually been stuck in my head for three days straight now.

The Strokes don’t have anything to prove (which shows in Comedown Machine), they have a solid fan-base and with this latest release have successfully completed their contract with RCA Records, which they display almost proudly with this album’s cover art.

For those who grew up on Is This It? and Room on Fire this record will leave you wondering what ever happened to The Strokes?