On Nov. 12, 2021, my friend and I already knew where we would start the day. We waited all week to go to Starbucks and try Taylor Swift’s latte. It was her usual Starbucks order, and workers were instructed to write “Taylor’s Drink” on the cup. This was part of the marketing campaign for Red (Taylor’s Version). I’m not going to lie, it could have been better, but I was there for more for the cup than the coffee.

Red was not as big in numbers as 1989 and not as critically acclaimed as folklore. However, its release a decade ago was a game changer for Swift — and a huge risk. For the first time in her career, she released music with both country and pop elements to it. Everything she had accomplished so far was only in country music and, even with only three studio albums, she was a shining star.

Taylor Swift, her debut album, achieved No. 5 on Billboard’s main albums chart while Fearless and Speak Now reached the No. 1 spot. Moreover, Swift went on two world tours, establishing a solid fanbase. As a country artist, she won six Grammy Awards, including one for Album of the Year; 10 American Music Awards, including Artist of the Year twice; and five Academy of Country Music Awards. Having proved her talent for writing and recording country songs, how would the critics and her fanbase feel about something different?

Swift’s move to pop was perilous, yet well done. Red received a 77/100 average evaluation on Metacritic, placed fourth on Billboard’s ranking of best albums of the decade, was nominated for Album of the Year at the Grammy Awards, won five American Music Awards and had a No. 1 song on the Billboard Hot 100 chart.

The album’s aesthetic, which helped to establish Swift as one of the queens of red lipstick, remains iconic. For any Swiftie, falling tree leaves, cafes, fall batch cookies and, of course, broken hearts, are associated with the Red era.

Swift’s fourth studio album reassembled a broken heart as she explained in the prologue of the new version: “It was all over the place, a fractured mosaic of feelings that somehow all fit together in the end.” All of this existed inside a universe she called “the land of heartbreak,” starring a persona named “Sad Autumn Girl.”

The title track was the perfect choice. In “Red,” Swift vents about an intense passion that is hard to get over:

According to Swift, writing this song changed what the album became because that was when she realized that many of the emotions she felt while making the album were intense, “red” emotions.

This is noticeable! Red is an album that possesses the sarcasm of “We Are Never Ever Getting Back Together,” the regret of “I Knew You Were Trouble,” the ecstasy of “22” and the pain of “All Too Well.” These songs’ individual characteristics come together to construct that “mosaic of feelings” she described.

The lead single, “We Are Never Ever Getting Back Together,” produced with Max Martin and Shellback, was the first official pop track of Swift’s career and her first No. 1 on the Billboard Hot 100. It was symbolic for her as a country artist to have a track produced by Max Martin, who was (and still is) one of the biggest names in pop. The sticky chorus couldn’t have a clearer message to her ex: they are never, ever getting back together. Like, ever! The track was nominated for Record of the Year at the 2013 Grammy Awards. To perform the song during the Red Tour, Swift wore a magician’s outfit, which was displayed last year at an Urban Outfitters store in Nashville.

With explosive instrumentals, “I Knew You Were Trouble” is one the best songs of her career in my opinion. It brings an unusual perspective to a breakup — instead of blaming her ex for how hurt she is, Swift blames herself. She knew from the start that dating him was not a good idea, but she did it anyway. This is not just a good song — it’s iconic. When people think of Swift’s iconic tracks, they might first think of “Love Story,” “Blank Space” or “Shake It Off.” I honestly feel that “I Knew You Were Trouble” should be included in this list. When I hear the “ohs” in the chorus, I think to myself, oh my God, this screams Taylor Swift. Even before I started following Swift’s career, I recognized this track right away.

Another really iconic track on Red is “22,” which has become the anthem for 22nd birthday parties everywhere. “Happy, free, confused and lonely at the same time.” This part of the song’s lyrics again ressembles the “mosaic of feelings.” In 2022, the song became the soundtrack of the year. On Feb. 22, Taylor Nation, Swift’s managing team, released an official playlist to celebrate the date. Yes, the playlist was made of “22 (Taylor’s Version)” 22 times. As graduation season approached, Taylor Nation released a collection for the Class of 2022. Also this year, Swift was present at New York University’s commencement to receive an honorary doctoral degree. In her speech, she said part of the reason she was there was likely because of “22.”

However, the song that best incorporates the “red” feelings of the album is certainly “All Too Well.” This song serves as a detailed description of her relationship with Jake Gyllenhaal — a perfect fairytale that ended in painful heartbreak. It narrates their story in a way that only Taylor Swift’s storytelling could.

“All Too Well” is the fifth track on the album. Swifties know that she chooses the saddest songs in her albums to be the fifth ones — they are typically the most personal and emotional ones. For many critics and fans alike, Red’s track 5 is the best song she has ever written.

Swift was not that confident about it in 2012 though. As she explained in her Tiny Desk concert on YouTube, she was very proud of it, but she didn’t think anyone would like it as much as she did. Turned out she was wrong! Fans did like it, a lot. “You guys have made that song something that was way more than what I thought the life of that song would be,” she said.

What once was a song so painful it was hard to perform live has become her favorite on the album because of its connection to her fans.

Nine years later, she rewarded fans by giving us a 10-minute version of it accompanied not by a music video, but a short film starring Sadie Sink and Dylan O’Brien and directed by Swift herself. Culminating in a trip to upstate New York for her 21st birthday party, which Gyllenhaal didn’t attend, the short film shows all the key moments of their sad, beautiful, tragic story.

Swift and Gyllenhaal dated during the fall of 2010. They spent Thanksgiving at his sister’s house, where Swift left her infamous scarf. As she says in the song, this was the only belonging of hers he didn’t mail back to her after their relationship had ended — probably because it smells like her and reminds him of the innocence of their relationship. This story made that scarf the symbol of the Red era. This September, Swift promoted the short film at the Toronto International Film Festival and there, she revealed the scarf was, in fact, a metaphor. Swift didn’t say what exactly it represents though.

When announcing Red (Taylor’s Version)‘s release, Swift referenced perhaps one of the only songs on the album that doesn’t resemble a red emotion. “Begin Again,” the closing track of the standard version, represents rebirth. It’s about going for your first date after a terrible breakup. In her Instagram post, Swift thanked fans and proclaimed that they were beginning again.

Ten years ago, Taylor Swift started one of the most iconic eras of her career by pouring the intensity of her feelings into her music more than she had ever done before. Last year, she revived this era by presenting it to a whole new audience that found her lyrics relatable. The album is timeless. It served as a comfort for her in 2012, and it continued to so in 2022, even after she found her lover. Curiously, the closing track of Lover, “Daylight,” makes a reference to “Red” — “I once believed love would be (burning red)/But it’s golden/Like daylight, like daylight.” Well, she may have found golden love, but Red will continue to bring a little comfort to broken hearts around the world. 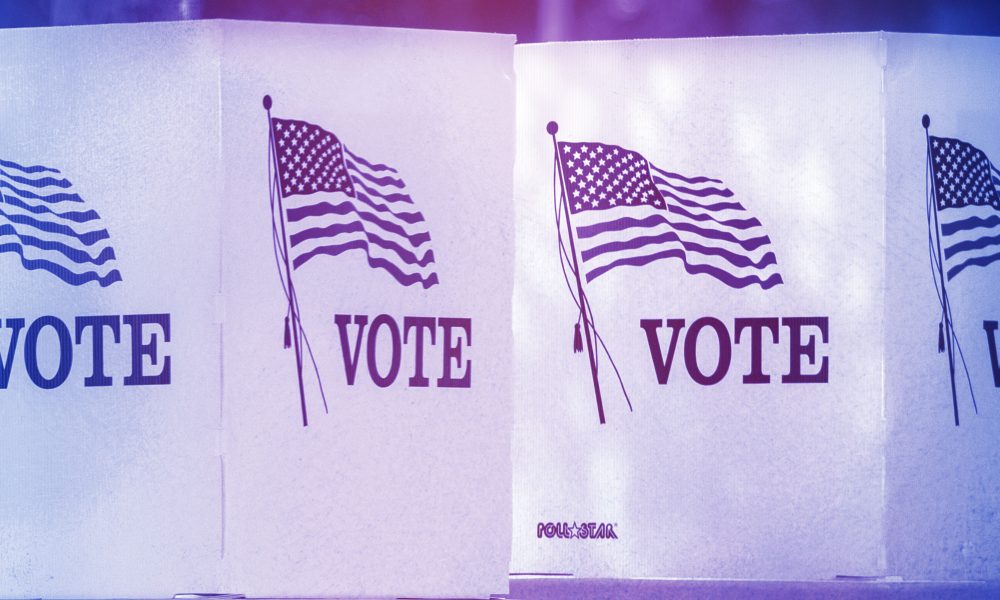 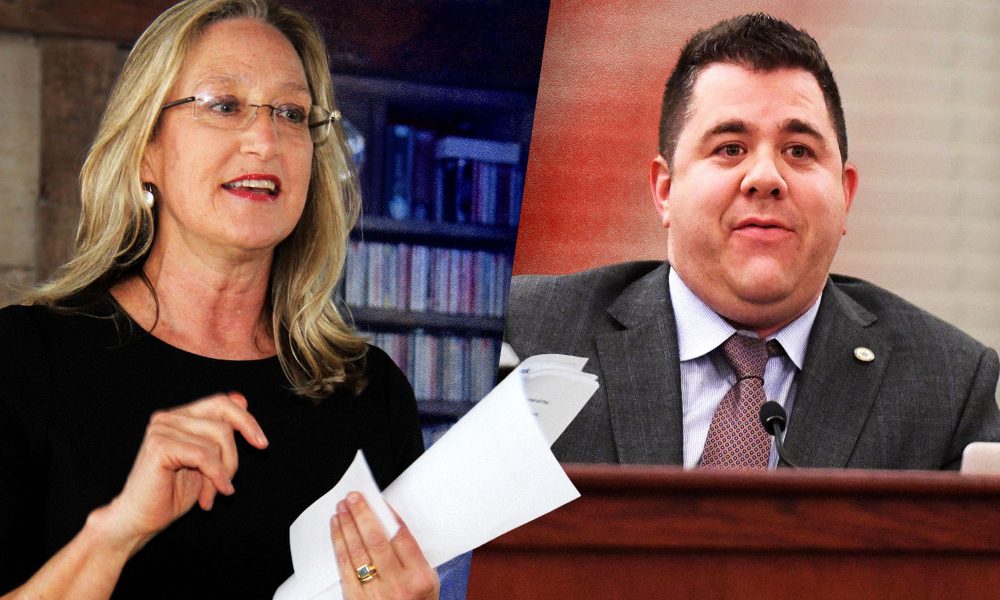