Damilola Oseni sat on a cushioned bench in the brand-new Student Union. Her braids swung as she examined the new building — the high ceiling, the glossy white floors, the prison-made furniture. Anger — maybe disgust, maybe disdain — crawled up her throat like hot vomit.

“I know they have money, they just built this whole building,” she said, throwing her arms up. The Stony Brook Union cost $63.4 million to demolish and rebuild. The university seemed to produce the money with ease. Her first semester cost only a little over $5,000. They had nothing to give her.

Her voice dropped low, as if she were about to whisper a secret or say a swear word under her breath.

“Did I do something wrong?” she asked in a small voice.

For Oseni, who was born in Nigeria and emigrated to the U.S. at 7 years old, academics have always been a priority. She worked all throughout middle and high school to earn the scholarships she thought would make college — and later, medical school — a reality.

But when she applied to Stony Brook and proudly presented her 4.0 GPA and Advanced Placement credits to the university, it felt like admissions only turned their noses up at everything she had worked so hard to earn. She didn’t receive a cent in scholarships or financial aid.

One night a few days into the semester, while crying on FaceTime with a friend, Oseni typed out a plea on GoFundMe to help pay for her education. During Orientation and Welcome Week, she had spent over $500 on train rides, Ubers and buses for her commute from Hempstead, in addition to food during the day. The weight of how she would keep this up for the whole semester — and the next four years — was crushing.

Yet everyone around her was celebrating. A sea of people in red shirts with CLASS OF 2025 splayed across their chests surrounded her as she attended the mandatory events scheduled all week long.

“I was under the impression that it was gonna be something academic,” she said. “I came here and it was like little party stuff, and I was very confused and upset.”

If freshmen don’t attend the mandatory events held during orientation, their SOLAR accounts are put on hold and they have to take the Required Orientation Makeup Experience during the semester.

Oseni — a Black woman — left that first weekend’s “Gender Awareness and Equality” lecture and “Seawolves This is Us: an All Inclusive Campus Community” presentation in a panicked frenzy. She scrambled to find a way home, and wondered on the two trains she took back to Hempstead how she’d tell her parents the whole weekend had been a waste of time and money.

Outside, Hurricane Henri cut the sky open like a wound and rain spilled down the window to her side. She waited two hours for the bus. The bus that normally would have taken her right to her house doesn’t run on weekends, so she got dropped off and tried to call an Uber to take her the rest of the way.

“There was no Uber because of the rain,” she said.

She walked home in the dark while Henri poured rain down her back and whipped her braids in the wind.

It takes weeks to schedule an interview with Subomi Babawale — between finishing up her degree, working and trying to sort out her immigration status, she doesn’t have much spare time. Her paintbrushes collect dust. She hasn’t been able to think about art much with everything going on.

This is not the first time she’s had to juggle her visa and academics.

“February was actually when I was supposed to be kicked out [of the university],” Babawale said. As an international student from Nigeria, she’s not eligible for any federal aid, and she did not have the money to pay her tuition on time. With a hold on her SOLAR account until she paid, she was still not able to enroll in classes after the add/drop/swap period ended.

“I was supposed to come up with 20-something thousand dollars,” she said.

If Customs noticed that she wasn’t enrolled in classes, her student visa would be terminated and she would be deported.

“I called the financial aid office and begged for any kind of extension,” Babawale said. The Bursar would eventually give her more time, but she still didn’t have any way to pay. Her family sold land and valuables back in Nigeria. It wouldn’t be enough, though.

A friend recommended that Babawale make a GoFundMe, so by the glow of her laptop screen, she poured her prayers into a campaign: I have toiled so hard academically and my family has worked so hard financially. … Please, any sort of assistance will go a long way for me and my family.

Babawale’s GoFundMe flashed through the Instagram timelines of Stony Brook students and her secondary schoolmates in Nigeria. Since she posted her campaign last winter, she has raised $80,000 for her education and will complete her degree at the end of this semester.

“I didn’t think it was going to happen for me, to be honest,” she said.

Despite expressing her gratitude to the donors, her tone reveals she’s a bit jaded from the ordeal — she should never have been put in this situation. When asked about whether or not the university was helpful over the past stressful few years, Babawale sighed deeply.

“I always felt there was more they could have done,” she said. “They just didn’t want to.”

Her words are heavy with exhaustion and the understanding that the university could be doing more for everyone. But at a school with 16,000 undergraduate students — many of them attending a public state school specifically because they couldn’t afford a private university — could the university really help everyone?

The conversation lapses into a discussion about her life after Stony Brook and advice for students who might also be facing barriers to receiving an education, which she disseminates happily. Her most important piece of wisdom: “If you have a problem, ask.” The GoFundMe that would allow her to complete her degree was born out of a conversation with a friend — neither of them had any idea how it would change her life.

Speaking with Damilola and Subomi was a bit like peering into a fun house mirror. The reflection isn’t exactly the same — our lives are pinched and stretched in different places — yet it feels so familiar.

Though I received some scholarships from the university and some federal loans, every year I still have about $20,000 I can’t pay. The Free Application for Federal Student Aid (FAFSA) estimates that my family should somehow be able to cough up nearly $27,000 towards my education per year, but they can’t help me at all. I have gone over this in my brain hundreds of times, but I always end up with the same question: how could the FAFSA be so wrong?

Sometimes reality settles over me like silt on the bottom of a river and I panic. I’m 20 and I’m tens of thousands of dollars in debt. One night my sophomore year, I sat on the floor crying because I felt like I should be cam-modeling or stripping or something — anything — to be making more money and lowering my debt as much as possible.

My mother and I spent days not talking over the summer because I wanted to save money by living in my car and she didn’t feel that was safe. She was a first-generation college student in the early 1990s and insists that she paid off her student loans with ease over her 10-year repayment period after she graduated. What she and other parents who encourage their kids to take out loans don’t recognize is that not only did her degree cost less, but it was also valued higher by employers.

When I asked Damilola what she had sacrificed in order to come here, I expected her to talk about material things, like the fact that her entire family moved from Flushing so she could be close enough to commute instead of dorming on-campus. That wasn’t what she told me, though.

“Just my own sanity,” she replied. “I know that this school focuses on that, but realistically, for my situation, my mental health isn’t going to be prioritized at all.”

Conversely, Subomi, nearly at the end of her time as an undergraduate, said she felt better than she did earlier this year, but the fate of her immigration status after she graduates is like a cold, flat stone over her heart.

“It’s getting very hard to relax.”

When SBU News published a profile on Subomi earlier this year, they highlighted her “resiliency” while failing to recognize that their demands had put her at a disadvantage to begin with. I hesitate to end this on a hopeful note like they did. I want Damilola and Subomi to succeed. I want Damilola to go to medical school and become a doctor. I want Subomi to get her doctorate and work at the U.N. They both deserve to excel, and they both would be perfect for the positions they’re pursuing.

But the truth is, many, many students will graduate from Stony Brook and still struggle to make ends meet for the rest of their lives. One in five Stony Brook graduates report not making any progress on their loans two years after receiving their degree. It feels a little bit like a slap in the face to those one in five students to see Stony Brook flaunting their “dedication” to improving social mobility.

These numbers are not a reflection on any given one of us — capitalism peddles the myth that if you work hard enough, anyone can be anything. The university can blame the debt of thousands of students on a “volatile and mercurial global economy” all they want, but by graduation, Maurie McInnis will hold her nearly $700,000 annual income in one hand and pass you your bill with the other. This school is an “Evil Institution” — it’s etched right into the concrete across from the new Union.

Closing note: Damilola Oseni removed her GoFundMe page a few days after initially speaking with me in late August, afraid her parents would find out she had started the campaign. She has since received a relief grant from the financial aid office, though it is not enough to cover her tuition.

Subomi Babawale’s education has been fully financed and she will graduate at Winter Commencement with a B.A. in psychology and a minor in geology. She is still searching for a way to secure a place for herself in the United States.

Maurie McInnis will make $695,000 this year with guaranteed housing at the President’s House in Old Field, 10 minutes north of the university. She will also receive an automobile allowance. 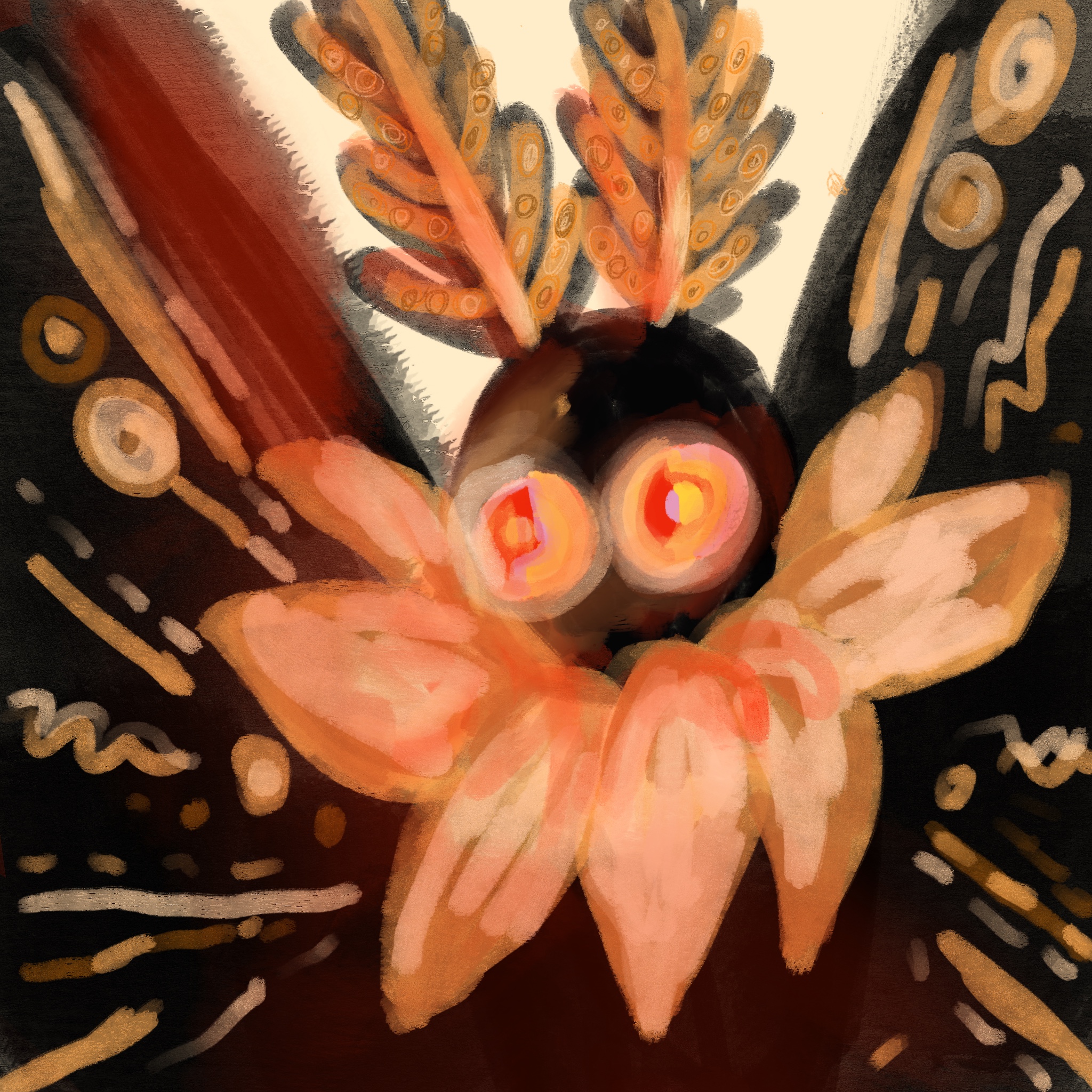