Elaine DiMasi has officially hung up her lab coat — forgoing her position as a physicist at Brookhaven National Laboratory to jump into the 2018 race for the congressional seat in New York’s 1st District.

The 1st District, comprised by much of Suffolk County, has been held by incumbent Rep. Lee Zeldin (R-NY).

Cook Political Report puts Zeldin in a safe spot, with the 1st District likely remaining Republican in next year’s midterm. The 48-year-old Ronkonkoma resident joins a small enclave of Democratic candidates looking to take on Zeldin in a seat that looks hard to beat.

But after almost a year of planning, DiMasi is done wading and is ready to take the plunge.

If successful, DiMasi would join a handful of other scientists in Congress at a time when many in the community are pessimistic. A poll conducted by the Scientific Advisory Board found 82 percent of scientists believed the result of the 2016 election would have a negative impact on scientific research.

According to the Congressional Research Service, only ten of the 435 members of the House hail from STEM-related fields: seven engineers, a biologist, a chemist and a physicist.

Born and raised in Pittsburgh, DiMasi’s scientific proclivity seemed to be written in the stars.

Her father, an electrical engineer, and her mother, a bacteriologist, fostered curiosity in both her and her brother, who is now an optical engineer. Her parents came from humble beginnings, never shying away from any job offer.

“They were able to do a lot of updates to their own house just because they knew how to do things. I kind of got the idea that you can learn to do anything,” DiMasi said.

She matched them, picking up any skills she could over the years.

Her schooling led her to a bachelor’s in physics at Pennsylvania State University in 1990 and a doctorate from the University of Michigan soon after. After graduating in 1996, she found herself as a postdoc at Brookhaven National Laboratory, kicking off a 21-year career as a permanent staff member.

Her work became a juggling act, traversing a position that was part research, part engineering and part outreach.

“My impression is her reputation at the lab is someone who was very devoted to the success of people who come in to do experiments there,” Chris Jacobsen, a professor at Northwestern University, said. DiMasi aided Jacobsen, a former professor at Stony Brook University, several years ago by conducting research at the National Synchrotron Light Source — home to the lab’s particle accelerator.

While maintaining the instruments, she would utilize the equipment in her examination of different biological materials like the hardness of bone or the strength of spider silk.

“She’s actually more of an environmentalist. She works with various environmental issues and so forth,” Harold Kirk, a retired physicist at the lab, said about her work.

Her two decade toil came to a halt after last year’s election. In the midst of her disturbance, she began formulating her political plan.

When the administration’s proposed budget in March included significant cuts to funding for facilities like Brookhaven, DiMasi was one of the thousands that protested at the March for Science in D.C. in April.

“There were about sixty or seventy research folks there and they had half a dozen campaign political insiders,” Madden, a computer science professor at SUNY Binghamton, said. “They talked about fundraising, about marketing, about presenting to the public, messaging, things like that.”

Nationwide, DiMasi and others like her are aiming high as they set their sights on getting the vote.

“When you look at the issues that our country is facing right now — climate change, nuclear war, cybersecurity, protecting the integrity of our elections — they’re all issues that scientists are pretty familiar with,” Shaughnessy Naughton, founder of 314 Action, said.

A chemist by trade, Naughton started 314 after learning from her two failed campaigns for Pennsylvania’s 8th district in 2014 and 2016. Naughton and company have had close to seven thousand scientists reach out for guidance in everything from school boards to congressional campaigns.

DiMasi still has a long road ahead of her. In compliance with the law, she had to depart her federally-funded position in order to campaign.

As of now her main goal is to win the Democratic nomination in the primary this June. A large part of that depends on whether she acquires the funds by then.

“To win the primaries is going to cost you a lot of money and then by the end of the primaries you need money to beat Zeldin,” Professor Matthew Lebo, the department chair of the political science department at Stony Brook University, said.

In between leaving her job in July and announcing her bid in September, DiMasi has been dead set on getting the word out. Since June, she’s managed to raise almost $24,000 through Crowdpac, a public campaign fundraising website.

She’s still got a long way to go; the Campaign Finance Institute puts the price tag of winning a seat at the House at over $1.5 million.

Generally candidates coming from a traditional background in law or business have the upper hand thanks to pre-existing political connections that allow them access to a strong base of donors, Lebo explained.

To jump-start her campaign, she has largely been dipping into her personal savings. She is banking on the public taking to her progressive message focusing on sustainability and research-backed policy.

“We really can have it all on Long Island if we do the right things. We should be able to have good clean energy here, new jobs that come with that and green space if we make the right decisions and do the right problem solving,” she said. 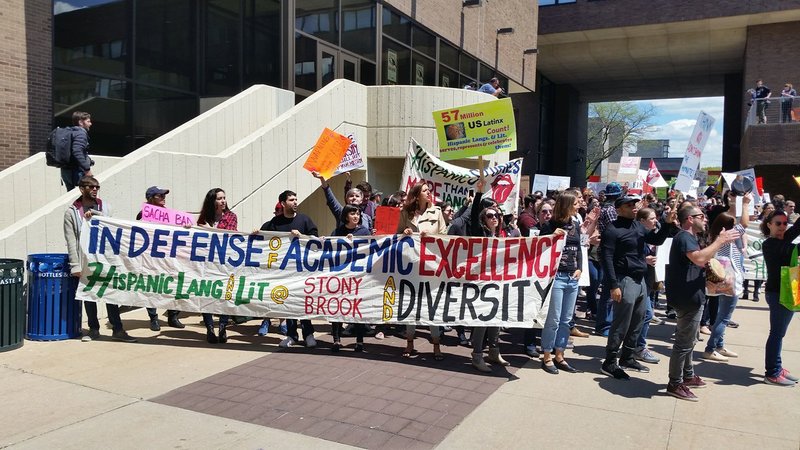 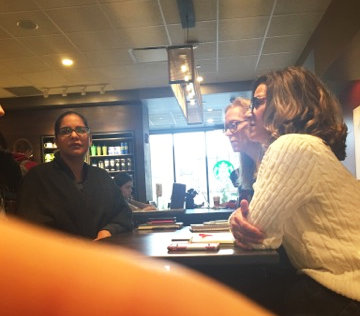