Naveen Mallangada was looking forward to spending his day doing research inside the Division of Cancer Prevention at the Health Science Center before he entered the tunnel.

The frigid February air was not enough to kill the excitement the sophomore felt as he walked towards his lab, but the decrepit grey walls that shape the underpass connecting Stony Brook University’s East hospital campus and West undergraduate campus drained his emotion.

“I realized that this underpass is one of the only ways students and faculty get to either campuses,” Mallangada said. “It should be an entrance that inspires or at least invigorates people, not depresses them.”

Mallangada decided to take matters into his own hands. He began Heartbeats of Stony Brook, a beautification project that aims to add color and vitality to a part of campus that students describe as lackluster, according to Mallangada.

“A lot of people say that we have a pretty ugly campus,” said Valli Lakshmanan, a senior engineering science major who volunteered for the project. “During the winter it’s especially dull, so it’s nice to see that someone like Naveen and a good amount of people on campus work towards making this place a little bit more exciting.”

The project’s plan is to paint a simplistic heartbeat at each entrance of the underpass, and a more abstract heartbeat underneath the underpass that can be open to interpretation, according to Mallangada. There will also be minor details painted onto the walls, and the color scheme will be three shades of red and white.

Three fourths of HeartBeats of Stony Brook is already completed, but the hospital side will be done once the bridge that leads to the Health Service Center is rebuilt.

“I viewed the two campuses as the two hearts of the campus because that side of the campus has a lot of students who study Biology and Health Science,” Mallangada said. “Making it a heartbeat gives it a more symbolic meaning than just making a bridge.”

Judith Grieman, Chief Deputy to the President, and Timothy Ecklund, Dean of Students at Stony Brook University, reached out to Mallangada after they saw the renderings he made on Microsoft Powerpoint of what the underpass will look like when finished.

“They wanted to make sure that this wasn’t just something up in the air,” said Mallangada. “When they saw I already had 4000 handwritten signatures, it became a project that had some clout and they said they were going to push for it. The university responds better to physical signatures than electronic ones.”

Grieman had a positive feeling about the project since she sat down with Mallangada last Fall.

“I thought it was a terrific project that personified the connection between all areas of the campus,” Grieman said. “He really had a vision and it captures who we are as a community.”

Greiman was one of the first people to put the project into motion, Mallangada said. She helped Naveen figure out any obstacles that might prevent Heartbeats of Stony Brook from taking off.

“Not only did she approve of the project, but she was the one who got the logistics down, talked to the right people and got it going,” Mallangada said.

Students on both sides of campus also reacted positively to the project and showed their support on Facebook by liking the project’s page and signing up to volunteer on a Microsoft Excel sheet Mallangada made.

“Some of them were like, ‘Let’s paint right this second,’” said Mallangada. “I wanted to get the  proper permission before I began, but they kept telling me that no one would complain if we just started.”

Nearly 250 volunteers signed up and they encompassed a wide range of majors, according to Mallangada. Ideally, 10 volunteers would show up every hour to avoid having a crowd a crowd of people blocking the tunnel. “I told them 10, knowing we could handle 5,” said Mallangada. “I tried to create a buffer because I know people are busy, so by making the number 10 I had a better chance of getting at least 5 to come in at any time.”

Volunteers began painting the first strokes on the ailing wall in mid-April of this year, more than a year later than the February day that made Mallangada step into action.

“I don’t think little over a year is a long time because this is a pretty big project,” said Greiman. “This plan had to fall into the context of weather and other construction that is going on in the east campus. Anything in a highly visible part of campus had to be done well.”

Paul Marato, Senior Project Director of East Campus Facilities, helped organize the resources necessary to actually start painting. This included a scissor lift, painting supplies and ground workers assigned to make sure that everything goes correctly and who could also operate power tools if needed.

“This is my first time working with students on a campus job,” said Joe Parascandola, a hospital ground worker assigned to power wash the underpass walls and man the powerlift. “I have to say they seem to be learning a lot more hands of stuff than they would in their classes, and they are a pretty organized and diverse group of kids.”

Naveen spent weeks trying to figure out the best paint to use because the school urged that cheap paint would fade quickly. He eventually settled on the red and white semi-gloss, latex-based paint because it helps keep graffiti and dirt off the wall.

“These projects are giving the university an incentive to upkeep their campus better,” said Mallangada. “In my case they let me get the best resources I could because to them this was more than a student project – it became an art piece that represents us.” 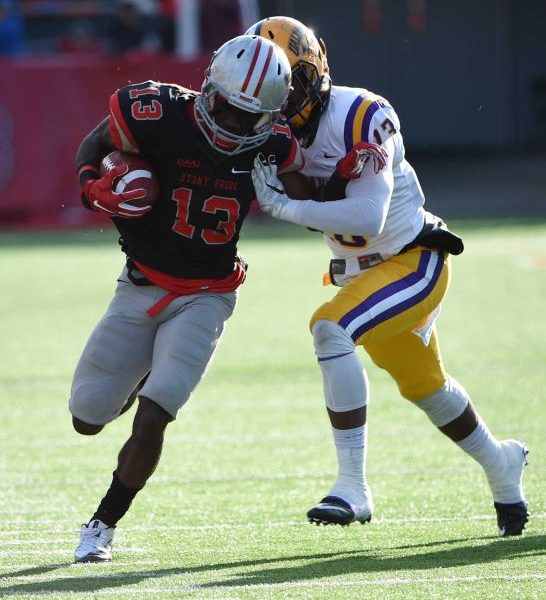 Ray Bolden: The Next Big Thing 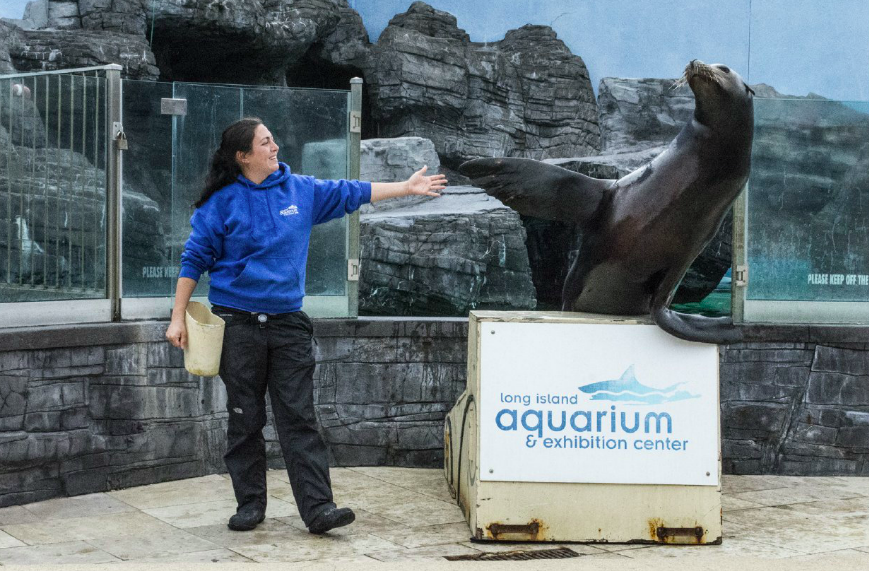