It’s been well over a decade since I last step foot on my hometown’s soil. From the peaceful suburbs of Long Island, I now find myself standing once again amid the middle of the world, the country named after the equator itself, Ecuador.

It’s not quite the third world anymore as it now embraces things like smartphones, Wi-Fi and cable, but the roosters who serve as alarm clocks, the stray dogs who litter the streets in droves and the lack of warm water baths label Ecuador as a developing nation.

To be in a developing nation as someone spoiled by the first world’s commodities, you can’t help but feel annoyed at not having certain things like an ice-cold beverage at any given time. And you feel like an ass when you find out your presumptions were wrong and they do in fact have certain other things like the previously mentioned Wi-Fi routers.

Ambato is a typical town in Ecuador east of the volcano Tungurahua, which the province is named after.

Whenever you step outside any house in this town, you’ll most likely witness green pastures and mountains that never seem to stop extending upwards, disappearing into the clouds so that only on sunny days are you certain where the land ends and sky begins.

The roads and bridges here are now plentiful, and the streets are crowded with cars, all of them manual in order to accommodate the nearly vertical roads. There are now hidden traffic cameras, which have been the center of political debate for some time, forcing the drivers to slow down, occasionally.

But in these very roads you’ll find dozens of stray dogs running about, pleading for food from the old men who are out on their morning walk. Whether they’re alive or dead, dogs are part of the Ecuadorian road.

These nicely paved roads can help you get to government buildings, local stores, gyms, amusement parks and even to the edge of a cliff, where tourists and natives alike take turns swinging on a makeshift swing set at the edge of this cliff. There are some trees a few feet below that will save you in case you fall.

A swing set like this is a trademark of the developing world, letting you know that no amount of iPhones nor HBO dramas can compare to the almost reckless recreations brought to life by native youths and thrill junkies.

“I heard about this from a couple of towns over and decided to check it out,” said Christie Gardner, a tourist who was on her way to Quito, Ecuador’s capital. “It feels like you’re a baby bird about to take off from the nest.”

The world has had a fascination with the label “Oriental” for hundreds of years, and the Orient does exist in Ecuador as well. Just eastward of Tungurahua—driving up, down and through mountains—you’ll find the Orient. This is a place where the heat resembles that of the American-southwest, a place where monkeys tend to take your nice things, a land in tune with its indigenous people and where bars and clubs open all night, serving all types of drinks and entertainment.

In this Orient, it’s difficult to make out where forest ends and house begins as home and nature blend effortlessly in a way that makes an entire pasture look like someone’s backyard. Fences are almost nonexistent in most homes, and residents even purchase riverside properties as weekend getaways, building makeshift dams that make it safe for children to play in the river without being swept away by the current.

Indigenous people are easily found in the Orient. Their contact with the modern world comes whenever they give tours, allow outsiders to visit their shaman and when they mine and scavenge the river for gold and precious minerals.

Nowadays, the indigenous people have one more reason to make contact with the modern world. They prepare for their yearly protests against the government that is pushing its way into their land and customs, and these protests have begun to sync up with that of those protesting the government’s new taxes on inheritance.

“These reforms are making [the indigenous people] mad, and now the rest are mad because inheritances are important and not a cent should be taken from you,” explained Elvia Salazar, an Ecuadorian who moved to the U.S. and was visiting her family in the Orient.

The Middle of the World

In Quito, you can go to the Ciudad Mitad del Mundo (City Middle of the World) and stand with one foot on the northern hemisphere and the other foot on the southern hemisphere. Although there are some disagreements with the exact pinpoint of the Earth’s center, many people come here to perform a certain feat: Here you can balance an egg on top of a nail.

At the heart of the capital, nearly every square-inch of Quito is protected by historical preservationists who seek to keep the city’s rich history untouched by the modern world.

With its cobblestone roads, tall brick buildings and massive cathedrals, Quito resembles that of an old European town untouched by time. The only signs of modernity are phones in everyone’s hands, the trolley that divides the town in two and the chalk-based graffiti depicting heroes and revolutionaries of the city’s past.

Here the past and the future are always at odds, and that is what it means to be part of the developing world. It’s an industrializing nation trying to find a way to balance its customs and culture with the new demands of modernization and first world commodities. 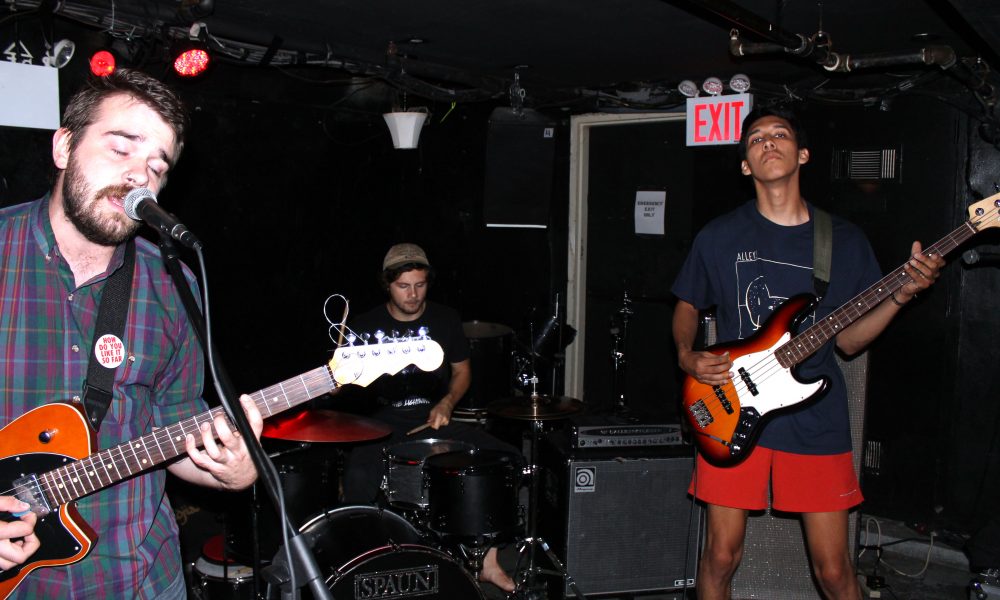 A Summer at the Turkana Basin Institute