I’ll be the first to admit I’m not a very good musician, but from years of watching other people be, at the very least, okay musicians, I’ve made some friends who are good enough to take those talents on the road.

I spent two weeks over the summer heading to Boston, Buffalo, Philly and back with my friends in Sinai Vessel, a small DIY/indie band from South Carolina signed to Tiny Engines Records.

Whenever a friend of mine is able to take their band on the road, the first thing that I want to hear when they get back are the stories that they have. Weird shit always happens: I’ve heard tales of my friends being assaulted by men in green morphsuits in Pennsylvania and stories about kids in the South taunting other kids by, saying that they “heard they don’t believe in God.”

My stories aren’t as wild, and I was definitely the most expendable member in the four-man minivan, but it was a great experience that I hope I can one-up one day with an even longer tour.

I had the pleasure of seeing bands that genuinely blew me away musically every night, despite the relatively smaller crowds and draws; such is the life of a small DIY band doing a run away from their hometown. The Obsessives, a new two-piece now based out of Philadelphia, were great to see before their incredible new record dropped last year.

Along the way, I also had the pleasure of seeing Oso Oso, some friends from home that sound like Third Eye Blind in a mansion in Albany, Born Without Bones, a straight rock band, and Everything Ever, an incredible band from Staten Island I saw at an awful show in a basement in downtown Manhattan.

Alleys was a pleasure to watch on their home turf of western New York, and I was absolutely blown away by a band whose name is difficult to type but wonderful to listen to: Perspective, A Lovely Hand to Hold; Casper Elgin, although now no longer a band, was great to watch as well.

Bands aside, it were the events and places that made these two weeks so memorable to me.

So much happened in what felt like such a short time: a day trip to a lake in Western Massachusetts had a little kid warning us about the dangers of leeches in the lake, a friend of mine from nearly two years prior had us play in the living room of his mansion, which featured an indoor basketball court, and some consumption of controlled substances took place on an abandoned golf court in Connecticut.

There are always bad things that happen, too: some nights we couldn’t find anywhere to stay, and hotels are just too expensive. An early night of the tour took place at a warehouse in a fishing town south of Boston, and when the idea of staying at the actual venue was brought up, the seemingly psychotic owner gave me a stare and made some crude remarks to a friend of his, leading me to tell the group that I would rather sleep on a park bench than in that complex. To this day I’m convinced that these two kind of homeless dudes who told us we had to sleep on the wooden floor abundant with nails, rats and dust, would have killed me if we were there another moment.

Oddly enough, what stood out to me the most was not seeing Niagara Falls for the first time, or the pure joy of getting $20 worth of tips in a single night, a fortune for a guy selling merch on a tour like this, but seeing the Buffalo skyline from a beautiful, albeit illegal, viewpoint.

On our first day in Buffalo we were guided to an abandoned grain mill abundant with satanic graffiti, alcohol containers from teens who couldn’t find anywhere else to go and living spaces of assumed squatters. It was easily one of the eeriest buildings I’ve ever been through in my life. After eventually making it to one of the roofs, past holes in the floor and rusting steps ready to detach at any minute, I saw a great view that was worth all the times I had feared for my life.

I also learned how to budget properly for the first time in my life as $60, in addition to the tips I made throughout the two weeks, was not a lot to sustain myself. I ate way more McDoubles than I’m proud of and couldn’t spend money on anything I didn’t absolutely need, yet I somehow managed to have a little bit of money left over at the end.

While it may have been a tour based around music, all traveling has to deal with the best local food places. On the nights that I could indulge myself, I ended up having the best hot dog of my entire life, experiencing the beauty of Buffalo’s chicken wings and eating a pizza slice almost as big as my forearm.

I got lucky by ending up on this tour. I had enough experience from other tours and out-of-state traveling to play shows that I was able to make this one the longest and the best one that I did. A lot could have went wrong and, as much as my parents despise whenever I leave the house for weeks at a time to travel a part of the country with people that they’ve never met, I understand the world experience and simple need to do something different and broaden my horizons is a key to making my life interesting.

I couldn’t list everything cool that I did or it would just sound like droning after a while, but I can confidently say that a solid 80 percent of the time that I was away from home I felt like I was doing something cool and exciting despite the poor physical health I was in due to my god awful tour diet and poor hygiene.

I hope that next time my two weeks turn into a month and I can one-up all the stories that I have from this past July.

Newsday’s Greg Logan on a Career in Sports Journalism 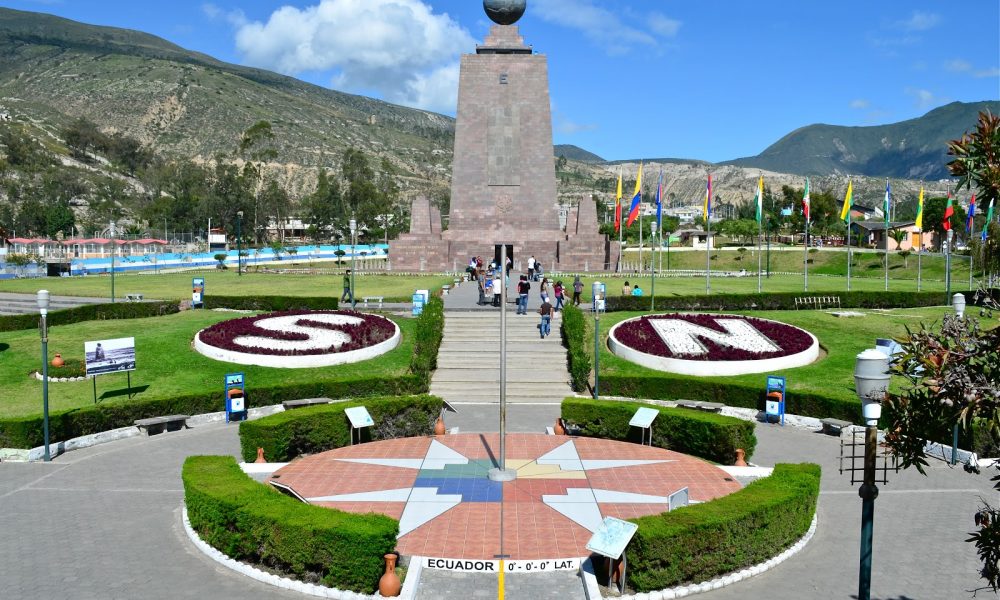 Meanwhile in the Developing World: Ecuador