Thursday, April 9 was the first day that, after a long brutal winter, truly felt like spring.

Students took to the dry grass and park benches despite the chilly wind. They were littering the Staller steps and hung out in groups in the bright sunshine. Passing through the throng, a single Humans Vs. Zombies (HVZ) player, armband tight around his right arm and a NERF Strongarm blaster at the ready by his waist, walks uninhibited down the steps next to the library towards the Union. In a sea of streaming students, there just weren’t that many people playing the iconically themed nerf-tag game in the spring semester of 2015.

HVZ has been played at Stony Brook every semester since 2010. The game pits humans with NERF blasters against zombies whose goal is to tag the humans to turn them into zombies. In what amounts to a week-long and exotically themed game of NERF tag, the game takes on a grander shape when coupled with a story and missions that give players physical items that they may bring them benefits.

The largest games have averaged over a thousand players, the number of players peaking around 2011, which had over 1,000 players. Fall 2014 had about 523 players at its final count. Spring 2015 numbered at just over 250, but considering that not all the people who signed up  went to the initial orientation, or even put on their armbands to announce that they are playing, that number is significantly less.

After a loss of many top moderators due to graduations, Co-Organizer of Spring ‘15 HVZ Lucia Kolodiuk said that many moderators had to learn everything from the ground up, not to mention a general decrease in budget from the Student Activities Board, gave them a large disadvantage. This was also compounded by problems with the website.

Computer Science major Asher Kaufman ran the online side of things, which he said ran into multiple problems, including the code of the website becoming “legacied,” which occurs when a source code is no longer supported by current operating systems.

This stopped the website from being ready until relatively close to the start of the HVZ week. Yet many players were still left confused as to when the game was supposed to start. Many players lamented the lack of physical advertising, such as of posters. Some players, like five-game veteran Richard Chalfant, wondered why they did not simply email players who had participated last semester to tell them when this semester’s game would start.

The resulting players were a mix of heavily experienced veterans and an ecliptic mix of green-as-grass newbies. The resulting game was different, like a game of Where’s Waldo if Waldo was a shambler. The game was also telling of the many problems that exist inside and outside of the Stony Brook HVZ community.

The time I spent playing HVZ was a constant conflict between my mind’s desire for total immersion and the reality of playing a themed game of NERF tag.

Most of my time playing was moving in between classes. I was alone, and humanity can be a lonely place if you do not know many other players. Joseph Feldman, an HVZ player since 2012, accompanied me on one trek. He showed me the best way to get from the dangerous open area surrounding the Union into the Melville Library. At that point I realized the best way to play the game, to escape the constant paranoia and anxiety, was to play with more people.

I spent the midday of one Wednesday trailing around with my brother. We set off looking for a lost scout somewhere among the athletic fields. We were too late, and they were already gone. The zombies were out in patrol, and for the first time I truly felt like I was having fun. We were ambushed by a few zombies, but we managed to take them out piecemeal. We ducked under bridges to keep out of sight from roving bands.

Then suddenly my brother caved: “I want to go get tagged.” I stopped short of pouting. I let him go. I wasn’t quite ready to die. At that time, I still felt like getting tagged was just short of losing.

Later that night I was planted on a small dirt hill surrounding the main plaza in Roosevelt Quad. I crouched in the shadow of a low tree, listening to the sounds of the night, of bare trees rustling and crunching of leaves. We hadn’t seen the zombies yet, but we knew they were coming. We had seen their scouts hunched in the shadows of far off buildings.

Still crouched, I make my way over to my comrade Daine Taylor, a Stony Brook Press and HVZ veteran who was looking at his last semester and game at Stony Brook. He spoke in whispered tones.

There was a resounding image in my head. I expect them to come running over the hill and rush us. I was there to surprise them.

Really, that would be too dangerous. Neither humans nor zombies are allowed to run down stairs or hills in case they hurt themselves. Instead, when we see the hoard, they move around the hill until they could run at the humans on a flat plane.

They came from the north, a herd of them stretching back 30 feet. I ran back down the hill.

People were yelling. The humans lined up, shifting back and forth. I read about this, in the old times when lines of battle formed on the opposite side of the enemy, people tried to shift behind others so that they wouldn’t be in the front of the line. I stood my ground.

They lined up opposite us. The zombies in front had shields, and the only way to kill zombies with shields would be to hit them with a thrown dart or sock. They charged.

I fired off a few shots. A shielded zombie rushed forward. I threw a dart that hit him. He tagged me and a player to my left.

I was confused. I understood that after a zombie tags you he is supposed to get your kill code, but he never came for me. I moved off to the side.

The zombies charged several times. It looked like an insane man bashing his head against a wall. They charged forward, the humans fired, and then both sides argued about who shot/tagged who.

I waited by the side. They followed this routine again and again. Finally, though I was not even sure if we accomplished our objective, we left.

I could see one zombie in particular, his frown hidden behind a face painted like a mock version of the Joker.

“That mission was a complete disaster. Zombie players were not given much information on what was going on that mission,” said Stony Brook student Fabrizio Milito. “We were just told 5 possible areas where the humans would have their objectives and we were to stop them.”

Fabrizio has been playing HVZ since it started in the spring of 2010. He chooses to play on the zombie side because of what he considers to be a greater challenge and reward trying to tag the human players. He described his favorite game being in the spring of 2012, which housed about 800 players. To him the story was “fantastically created,” where the players had enough agency that their choices would affect the proceeding missions, something he said was sorely lacking in this latest game.

There really were not many newbies there for the final stand, or many humans for that matter. The website stated that there were still over 150 human players still surviving, though only a little over 40 showed up for final stand.

You could tell from their composure that most had done this before. Several were carrying modified blasters that sounded like a jet airplane when you pulled the button to make the motor spin. The few that held only pistols at their sides looked around nervously.

“We’re one of the last campuses [that play HVZ] to say we’re just a bunch of nerds,” Taisler said about how Stony Brook still has a lot of hardcore veteran players that cause some friction with newer players.

“We’re going to secure a weapons cache,” the mods briefed us on a hill next to Roth pond. I was intrigued, wondering if they had NERF turrets set up for when we made our stand. Maybe it wouldn’t be like the last mission involving the blatant charging mechanics.

There was no weapons cache. We moved onto the bridge area next to the Life Sciences building. We lined up. Finally, the zombies rounded the corner.

That was the first time I had seen the zombies at their best. The humans shuffled about. Nobody was leading. There was no coordination among the human players.

The zombies were coordinating. It was the same strategy as the mission the previous night (as it was a pretty good one): shield zombies in front, the rest behind ready to charge. Their hands were on each other’s shoulders. They could have been marching through an enemy trench, or huddling across no-man’s land. They sang out “For Canada,” then they charged.

I was caught on the second charge. I made my way to the zombie side. Zombies immediately respawn. I got in line, my hand hovering on the shoulder of the person in front of me. I was shot rather quickly.

After that I felt worn out. I was done. I sat back where a few other players were spectating.

At the last charge of Life Sciences, the zombies moved to the side. They hatched a plan, an actual plan, to ambush the humans as they made their way back to Roth Quad. They were laughing, they were patting each other’s backs. They shouted “For Canada!”

There is one pervading misconception of Stony Brook HVZ, that when you become a zombie you essentially lose. No longer can you use your beefed up nerf gun and all that extra equipment becomes useless. There is nothing left but your reflexes and the length of your arms.

“Many zombie players felt that they were treated as objects and play things for people on the human side rather than other players as well,” Milito said.

The ambush was well timed, but after that initial charge it became chaotic even for HVZ standards. People alleged that humans backed up to glass and doors to make it unsafe for zombies. Humans said zombies who were shot did not back down, and zombies said humans who were tagged lied about it.

“We need to get in contact with freshman leaders,” Taisler said. Other moderators also talked about getting the word out sooner, and having a much more effective advertising campaign would help get a bigger game for next semester.

Feldman believes that the main problem is getting those new players into the spirit of the game. He also believes players who cannot play every day because of school work should not be harangued by other players. “It should be more accessible, and more lenient for people who can’t play all the time,” he said.

The humans won, and on the little hill next to Roth pond they celebrated the end of the game. The crowd thick of zombies, outnumbering the remaining humans by almost twice the amount, cheered even louder.

That small voice in the back of my head kicked in. It was like a vague noise from some far off distant place. It asked in a sarcastic tone, “I thought nobody really wins in a zombie apocalypse?” 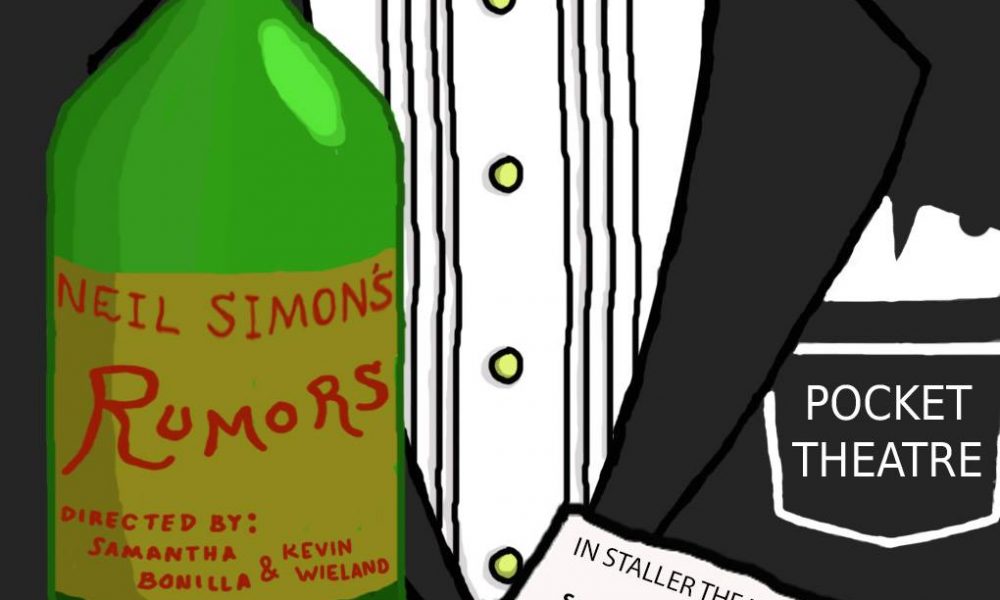 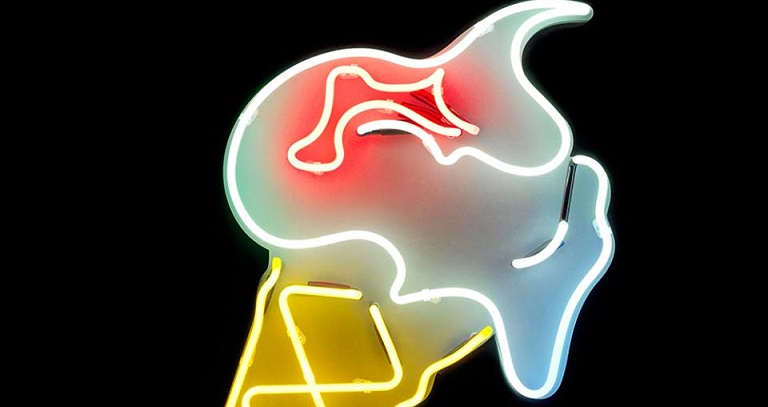