For many Stony Brook students, the idea of a regular coach service from campus into the city is a school-related dream come true, but this is really is one of several potential additions to the campus bus route that may be coming soon.  In a joint effort by the Undergraduate Student Government, the Student Activities Board and the Department of Transportation, plans to extend the campus’ bus routes may come to fruition as soon as next semester.

“We’ve had talks with the department of transportation for the last 3 or 4 months now and we brought a proposal to have a Friday night bus route and a late night bus route from 9pm to 3am,” said Mario Ferone, vice president of communications and public relations.  “It would go from here to Port Jeff, and then stop at the movie theatre on the way back as an idea to keep [students] on the weekends, and give them something to do.”

One proposal that the Department of Transportation is seriously considering is a pay-as-you-go coach bus service that would go from campus to the city, as an alternative to the Long Island Railroad.

Recently, USG conducted a survey in order to gauge interests in these bus services and get student feedback.

“The survey showed overwhelming support for the coach buses,” said Ferone. “We’ll be meeting with a coach bus service in the next two weeks.” USG is currently considering 7bus as a vendor to offer rides from Stony Brook campus to Manhattan, for as little as $7.

Among those heading this project are president of USG Adil Hussain, Director of Sustainability and Transportation Operations James O’Connor, and Mario Ferone.

According to Ferone, if they decide to move forward, the changes probably wouldn’t be implemented until the spring semester.

“Both me and  Adil think this will be a good service but we wouldn’t want to push for something that students don’t want, especially if it increases your fee. We’re going to see if students actually support this. We’re really trying to get student input, and that’s a plus on our side.”

They are currently sending out bid sheets to different vendors to identify interested parties and get pricing quotes.  Before anything can happen however, USG would have to go before an advisory board which, because the plan would involve a fee increase, is open to all students. 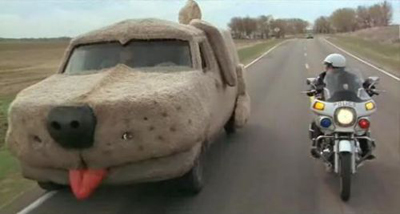