You’ve picked up The Stony Brook Press and are now currently reading “What Happens Behind the Driver’s Seat of a Wagon that’s Shaggin’.” I want you, before you continue any further, to do me a favor: Look to your left. Now look to your right.

Students. Everywhere. Most of whom are trekking around campus with bulging book bags and their third cup of coffee, looks of intrepid determination or exhausted angst residing behind mascaraed eyelashes and dark circles. This is the Stony Brook University student body, and despite our differences, there is something we all share: a story and some means of transportation.

Among the bicycles, buses, cars and Porsche’s (Yes, I have seen a student driving one, and I feel it belongs in a class of its own) there lies the Shaggin‘ Wagon a 1993 Toyota Previa thats outer appearance rivals that of the Porsche—perhaps not for its provocative sleekness, but for its ultimate dissent from the norm. It’s a van that transcends what it is to be a van: ethereal, pastel paisleys intertwine with music notes along its silver shell, its doors display 1960s and 70s tributes in the form of decorative peace-signs and free L.O.V.E references, the hubcaps sport rainbow, and a pair of salacious red lips painted with impressive precision across the side lure any onlooker closer.

On a clear, bright Friday afternoon, Suzie and I lounge on the balcony of the Simon Center where she shares her intimate views and experiences dealing with the human condition as an Emergency Medical Technician, the pursuit of passion and happiness, a philosophy on what’s considered “atypical,” coping methods to deal with crippling competition within an institution that is now ranked within US News and World Report’s Top 50 Public Universities, and how, exactly, one maintenances a car that’s nearly two decades old.

“There’s this very, very calm guy going, ‘Ya know, we took him in like an hour or two ago, he was just smoking pot, but we think he has more on him.’ Turns out he was on PCP, and he had drugs shoved up his ass,” says Suzie about one of her first experiences as an EMT.

Indeed, not only is twenty-one year old Suzie a certified EMT, she’s also currently the vice president of the student lead organization Global Medical Brigades, where she travels to places such as Ghana, Nicaragua, Honduras, and Panama to set up medical clinics and teach the seemingly basic knowledge of hygiene.

“We have to teach them washing their hands after using the bathroom and before eating meals,” she says. In addition, Suzie speaks fluent Italian, has been abroad to Italy, is an avid skier and sailor, dabbles in surfing, has decided to pursue medical school post graduation. Her “ultimate goal is to do Doctor’s Without Borders” which, according to their website, is an “international medical humanitarian organization” that “provides independent, impartial assistance in more than 60 countries to people whose survival is threatened by violence, neglect, or catastrophe.”

Or as Suzie says, “reach out to the people who don’t have access to the things that we take for granted.” Did I mention she’s only 21?

Suzie’s age-defying sense of civic duty does seem to parallel the message behind the famous Ghandi quote “be the change you want to see in the world” painted with keen accuracy on the Shaggin’ Wagon. It’s the type of quote that resonates with many and is especially applicable to students—those in avid pursuit of their future, taking the necessary steps toward change both within themselves and the world around them.

“I don’t care what it is in life that you care about, just have ambition and passion about something and chase that, because it’s great to exist, it’s great to enjoy life, but to pass it on and to maintain the world that we have is so important to me,” she says.

Suzie briefly shared a story about her voice teacher who was in the midst of a shift in her career during her twenties. She had overheard a conversation regarding a person who had received a 4.0 from Harvard. “That’s so exciting, that’s great, but what else did you do in your life?” She says. “I know it’s easier said than done but, who cares about the people around you? They’re all lying too.”

Perhaps this mindset is what propels her through the demands that accompany a bio-chemistry major, but it also proves to be a mindset for other student’s to reflect.

“Do it for you. Whatever your doing, do it for you,” Suzie says. “If you want it, work for it, everything else is just noise. Why are you here? For the education.”

Even for a woman who has seen firsthand the consequences of struggling countries and their people, she still appreciates simple conversation. Especially about her prized Shaggin’ Wagon. A tattoo artist even once inquired about the wagon’s art for his shop.

“It’s really exciting when people do come up to me, because I feel like it’s an important part of the human experience. Just for people to actually communicate with one another…It promotes conversation.”

Suzie recently decided to pick up student hitchhikers off Circle Road on campus. She believes that the idea behind the Shaggin‘ Wagon resonates with people because it appeals to a desire “to do what everyone wants to do. To go against the grain, and do something that’s so not acceptable or so not normal” Although she clarifies she’s not sure normal can be so easily defined. “There’s not such a thing as normal. It’s such a relative term,” she says. “What’s normal here is so abnormal elsewhere.”

And of course, the question still remains: how does one properly maintenance a car that‘s been around longer than a large amount of Stony Brook undergrads? Suzie fills me in giggling,

“It fucking sucks. It really sucks,” Suzie says giggling. “Luckily they changed inspection standards in New York state, and they no longer have to do certain tests which is beautiful because it used to fail every single year,” but ultimately, drive slow, and show it a little L.O.V.E. At least it’s still fun to look at. 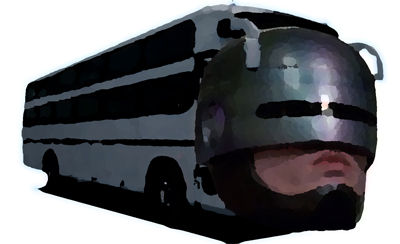