Hello Ladies, gentlemen and gender-fluid peoples of Stony Brook. What’s up? Let’s talk about some shit.

No, seriously. I’ve submitted this article to speak to you beautiful, intelligent humans specifically about my experience as an on-campus pooper. I want to connect with all of you that are uncertain, ashamed, or afraid of pooping on campus. It’s okay. We all poop. Even the women.

Yes, yes, I said it. Women poop too. All the damn time. As a matter of fact, I am a woman that poops all the damn time. I commute an hour to get to campus, and spend at least seven hours sitting in lectures, walking the academic mall, looking for seats in the library SINC site, and stuffing my face. So let’s be real. Eventually, a girl’s gotta poop.

To all of the stunned folk out there that have yet to comprehend (I can already hear your voices, quivering with discourse: “BUT WHAT DOES THIS MEAN?!”), fear not. I cannot put enough emphasis on the fact that everyone in the entire world poops. Take some advice from Frank McCourt’s uncle Pa Keating: If you’re ever intimidated by someone, just imagine them wiping their arse. The Pope himself has to wipe his own arse. My paraphrasing isn’t great, but I hope you get the picture.

And with that, I have some recommendations for the less-experienced on-campus pooper. First and foremost, always carry a copy of the Stony Brook Press. It makes good bathroom material, and wouldn’t you know it, there’s a guide to preferable porcelain thrones included in every issue! Campus is a wild and dangerous place when you need to do the number two. The Press is your map to safety.

Second, if you get stage fright with others around, heed regular columnists advice: stay out of lobby bathrooms. Ladies,  You think Psych A is a good place to drop your deuce between class? Think again. That lady’s room door is always open to a luxurious couched area, complete with potted plant and wall-length mirror for all of your outfit-checking needs. There are only three stalls in that bathroom. Everyone will know that the rose scents are compliment of you. Bravo, darling.

Third, get creative. Explore and take risks as often as you can. Commuters, I feel your pain. I’ve been there–that coffee you drank on the ride over probably would have been better in a smaller cup. Don’t find yourself panicking (or pooting) in class because you don’t know where the nearest bathroom is. Take some of the downtime you wish you could spend at home to make a mental note of reliable bathroom locations near you. My secret rule is to go to the third floor or the basement, whichever is closer. I’ve been more lucky than not with that, even in off-campus buildings.

My time here has come to an end. Go forth. Be free. May your bowels lead you to wondrous and inspiring campus locations. Happy flushing.

-Jessica Adamowicz is a super-senior and, consequently, a super-pooper. She enjoys struggling through Physics, sitting in the psych garden, and reading The Stony Brook Press.

And so here’s a little poem so y’all know the deal,

You know ladies, we be actin like we don’t poop

Once upon a time, I was chillin with my boo,

Cuddlin and kissing, chilling with my baby pookie

But mid our cuddle session, my tummy was acting up

And before I knew it, I squeezed my cheeks to stop my dookie

I walked into my bathroom, like, “baby, I’m gonna pee”

But really what had happened was a shit, quite dirt nasty

I tried to keep it silent, left both my faucets on

I tried to keep it quiet, squeezed my cheeks to hush the flow

But that shit just kept a’coming, like White Chicks, the Wayans bros

It was louder then sledge hammer, louder than a beast

But I finished like a lady and wiped myself real clean

This poopy side of girls should never, ever, be seen

“Cause girl, your bathroom really echoes.”

BY BMONEYZ WHERE YOU AT?

Well folks, it’s that time of year again. Leaves are changing color, people are singing the praises of pumpkin-flavored everything and cable networks are branding everything as being “shocking,” “spooky” or some variation thereof. So, in the spirit of the season I decided to revisit the scariest bathroom I have ever encountered here at the Brook: the men’s room in library commuter lounge.

Since my last visit, they have fixed the lock on the only stall door it seems. However, when I walked in, it appeared that the person that had last utilized this particular latrine had given birth to some sort of monster, leaving behind a level of destruction the likes of which I have never seen before. What appeared to be a fit of explosive diarrhea coated the entire bowl, inside and out, as well as the floor in the immediate vicinity. Some debris also managed to find its way to the wall. This made the smell of this bathroom go from the usual scent similar to that of riding the 7 train on a Saturday afternoon to something completely unearthly and terrible. I also may have seen a ghost, I’m not sure, it was all terribly confusing.

The only urinal is still kind of busted and has everyone’s business just sort of pool at the bottom, with flushing doing nothing to alleviate the problem.

Oh yeah, and everything was fucking damp. You can see moisture on the walls, the floor, and all fixtures. I have no idea how or why this happens, but it’s awful.

I stand by my previous assessment of this bathroom being the worst I’ve experienced. There are so many other bathrooms in the library, just go use one of those. 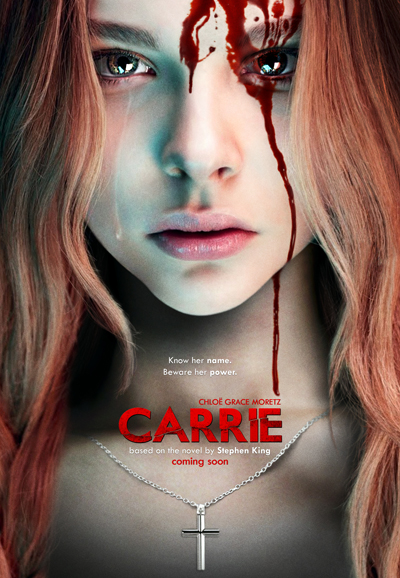