The protagonist is Hushpuppy and Wink is her father. They live in the Bathtub.

An isolated island community off the coast of Louisiana, the Bathtub is on the wrong side of the levees protecting New Orleans. That’s okay, though; when a storm floods the Bathtub, the solution is as simple as blowing away part of the levee, which—like pulling the plug out of a bathtub—drains the water, exposes their submerged homes and returns the lives of the Bathtub’s residents to the way they were.

Hushpuppy narrates the film with the simplistic musings characteristic of a seven-year-old. She sees a broken world. She looks up at adults and sees weakened people pretending to be stronger than the force of nature. She makes her best effort to understand the world around her, but all she knows is what she’s learned from schoolteachers’ cautionary tales and her father’s lessons in survival.

Beasts of the Southern Wild takes American infatuation with rugged individualism to an extreme. As a girl with no mother and a dying father, Hushpuppy (Quvenzhané Wallis) needs to learn self-sufficiency, because nobody’s going to catch her catfish for her.

The fact that the bayou-drawl of Hushpuppy and Wink made it difficult to understand some of the lines was unimportant. The simple dialogue is buttressed by the visual and musical elements of the work.

In the Bathtub, words don’t matter; people and community matter. Words, as powerful as they are, were not necessary to accurately describe the feelings of its residents. Their worn-out

faces and hollow smiles, along with a raw, organic soundtrack, were emotional enough. As the Bathtub fills with water, its residents become shells of themselves, and nothing is more haunting than their silence.

Beasts is a view of the world from the eyes of a child. The camera is always pointed upward at anything taller than Hushpuppy, and there are barely any scenes where it is not juggling around as if held by Hushpuppy herself (which is less annoying than anyone who didn’t like Cloverfield would imagine).

The easiest comparison would be to the Terrence Malick film Tree of Life. But unlike Tree of Life, loved by critics and not so much by everybody else, Beasts has garnered good reviews from users on Metacritic and the Internet Movie Database. For the most fickle viewer, there are even a few explosions.

The movie poster depicts an almost-silhouetted little girl surrounded by sparks. She emerges from woods, the light in her own two hands. And that’s what Beasts of the Southern Wild is. The situation is dark, their home destroyed, but in the eyes of the community’s inhabitants, the light has never disappeared. The hurricane ravaged the Bathtub, but not the spirits of its people.

Your last chance to see Beasts of the Southern Wild in any sort of theater probably passed with Friday’s showing at the Staller Center. This review isn’t completely in vain though: according to the movie’s website, it will be available “on a variety of Video on Demand platforms beginning Thursday, Nov. 22 for a limited time.”

Tickets to showings for the remainder of the Staller Center for the Arts’ fall film series are now $5 for students.

My Night with Edward Cullen 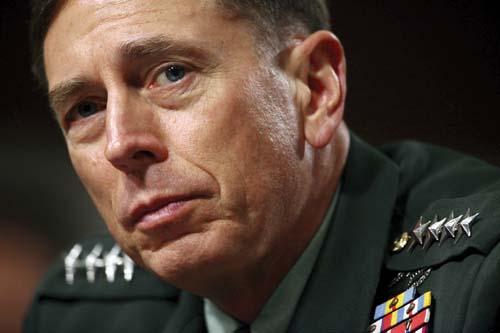 The Spy Who Shagged Me