Sex, spies and scandal are the three S-words on everybody’s lips this week.

For what reason? Is there a new movie out?
There’s no movie. The reason for this is a load of S too! David Petraeus, the CIA Director under Barack Obama since

2011, resigned last week after admitting he had an extramarital affair with Paula Broadwell, the author of his biography, All in: the Education of General David Petraeus.

The four-star general known for leading the United States’ war efforts in Iraq under former president George W. Bush and for making outstanding progress against the Taliban movement in Afghanistan, is now the one in the firing line for the “activities” of his private life.

News of the affair was collected from Petraeus’s Gmail account, which raises serious ethical questions concerning privacy. However, while flicking through pages and pages, and pictures and pictures of the hottest political scandal of the year, I can’t help but wonder: who cares?

Yes, a high paid, important and respected man had an affair and gave a little more personal information to a writer than any biographer would need, to say the least. But when statistics tell us that in 41 percent of marriages, either one or both spouses have admitted to emotional or physical adultery, you can’t help think the man is only human (not that I regard adultery as acceptable, normal behavior).

Of course the issue of mistrust comes into factor when talking about affairs: how can we trust an official who is disloyal? But he was unfaithful to his wife, not to his job, his employees or the military. Therefore, I do not think we can judge him too harshly.

It was reported that President Obama said that there has been no evidence to show that Petraeus’s affair harmed national security.

Who are we to judge what officials do behind closed doors (excuse the pun) if it is not affecting their work?

If the Petraeus affair were to have caused a lapse in the country’s security then, yes, serious issues would have had to be raised. However, if a man can do his job to Parr there is no need to drag family and relationship problems into the equation.

“After being married for over 37 years, I showed extremely poor judgment by engaging in an extramarital affair. Such behavior is unacceptable, both as a husband and as the leader of an organization such as ours,” said the guilt-ridden Petraeus in a statement to his CIA employees.

Next, we will be hearing what color of underpants they wear—or don’t wear in this case!

I fear that news is driven too much by sex scandals and that we are in a constant stream of “who slept with whom” information, though these stories add no benefit to our knowledge.

As an exchange student from the UK, I am well informed of sneaky political scandals. Our newspapers are filled with stories outing government officials and people of authority. Honestly though, however little or large the stories are, the newspapers line the next day’s rubbish bins or wrap our fish and chips and are forgotten about.

The press in the UK has a field day with stories on affairs, tax scrimping and sexual harassment, the latter two being very serious and newsworthy. So when reading about the Petraeus affair, it was kind of boring news to me, as a consumer who is inundated with the private lives of people whose private lives are just human. The only reaction I had was “When will we hear the end of this?”

It was inevitable that Petraeus was going to be caught: he worked for the CIA where obviously there are spies spying on spies! I just don’t think that it was newsworthy enough for a talented man who did his job to perfection to have his world crumble. Wait a second…maybe this is a movie?

Beasts of the Southern Wild 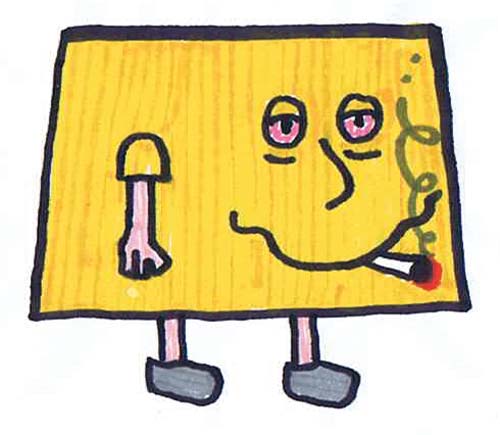 Don’t Fuck This Up, Colorado