This past April, a gunman released smoke canisters in a subway car at the 36th Street station in Sunset Park, Brooklyn, and fired on passengers with a semi-automatic handgun. A scene akin to a battle zone erupted within the car — 33 bullets were fired and ten riders were shot.

Police recovered a bag at the scene that contained fireworks, a hatchet, a bottle of gasoline and a fuse. They have reason to believe that the attack was premeditated. The gunman injured ten people, but miraculously none were killed.

“I don’t know if I’ll ever feel safe on the train again,” a 15-year-old high school student who witnessed the attack told The New York Times.

Subway crime reports have dominated headlines for the last two years, sparking tensions throughout the city. In January 2022, a man pushed Michelle Go, an Asian American woman, to her death in front of an oncoming train at the Times Square subway station. A spike in Asian American hate crimes has led to significant safety concerns for the AAPI community both within and outside of the transit system. News outlets have also reported on other crimes, from four youths stealing train keys from a conductor to the unprovoked assault of an elderly man. Many New Yorkers feel a palpable anxiety surrounding subway trips, and after the subway shooting in Sunset Park, there has only been further uneasiness. A 2022 Quinnipiac poll showed that 43% of New York City voters feel unsafe riding the subway during the day. During the evening, 61% reported feeling unsafe.

These stories have not only impacted perceptions of those who live in New York City, but also those who live in neighboring areas, such as Westchester and Long Island. Recently, I overheard a Suffolk County barber talking with his customer about how the lawlessness, widespread drug deals and riots have made trips to the city unbearable for him and his family. The emergence of a transit crime crisis has also been emphasized by mainstream Republican politicians. During a televised debate, New York Republican gubernatorial candidate Rob Astorino asserted that subway riders on a “good day” might be “hit over the head with a bag of poop,” and on a bad day may “get hit with a hammer or shoved onto the train tracks.”

The perceived threat of subway crime has been a main talking point for many New York Republicans who often use it as an excuse to advocate for unsuccessful and discriminatory policing strategies. For example, “broken windows policing” — which has been disproven by researchers at Northeastern University — and the unconstitutional, biased and ineffective practice of “stop, question and frisk,” as advocated by gubernatorial candidate Andrew Giuliani.

Growing up 40 minutes outside the city, I have always been familiar with warnings from my parents to be cautious of my surroundings on the subway. These warnings were repeated routinely by other family and friends, but they often confused me. My experiences on the subway were always relatively comfortable and seemed disconnected from their perceptions. Besides the stress of missing a stop and navigating rush hour, I never experienced the terror and crime that the news around me amplified. I often hypothesized that this subway skepticism was a byproduct of living in a fearful, post-9/11 world, but in the aftermath of recent attacks, I’ve started to wonder if the warnings are valid. Am I just lucky? Should I be worried? Is subway crime truly rising?

On the surface, it appears that it is. Recent news headlines warn that transit crime is up 68%. However, the public must consider an important caveat to this data: while it is up around 68%, this figure is compared to last year, when COVID-19 suppressed public transit ridership. The NYPD reported 2,499 subway felonies in 2019 and only 1,778 in 2021 — a historically low number. Now, in 2022, the number of felony complaints has returned to pre-pandemic levels. According to MTA data, from January to May 2022, there were 966 felonies reported. During the same period in 2019, there were 940.  When compared to 2019, crime is really only up about 3%.

While the individual risk of a subway rider experiencing crime has risen, transit crime is still overwhelmingly rare. In a system that runs 24/7 and services millions of people per day, the overwhelming majority of people will safely get to their destination. The increase in felonies per million riders from 2019 to 2021 was a decimal per million. This data means that for about every million people who ride the subway, less than three people experience a felony. Many city officials emphasize that the subway is safe. In 2021, the NYPD transit bureau chief said that “it’s a disservice to New Yorkers to advance a narrative that crime is soaring in the subways when it’s simply not the case.”

It is also important to note that subway crime is at exceptionally low rates compared to previous decades. In the 1990s, the number of major yearly felonies in the subway was over 15,000. In 2018, the number was under 3,000.

The New York City subway also appears to be doing better than most comparable transit systems. In 2019, there were 4,714 transit crime complaints in New York, compared to the 20,631 crimes reported in the London Underground. The size of the two systems is similar in terms of number of passengers and length, making such a difference striking.

Despite false perceptions of rampant subway crime, Mayor Eric Adams pledged that he will pursue a “return to normalcy.” To relieve safety concerns, he aims to double the number of police officers in the system. Will this measure make those who distrust the police feel any safer though?

In 2021, a Gallup poll found that national confidence in the police is at around 51%. Regardless of the debate about police ethics, the lack of confidence in police demonstrates a serious problem that undermines their legitimacy.

There is also no guarantee that more police will reduce crime. Studies have shown mixed results for the increase in police budgets and Daniel Schwarz of the NYCLU instead insists that “real public safety” is created when the government begins “investing in our communities.” Long-term solutions that focus on the root of the problem, such as increased spending on drug treatment programs, mental health services, affordable housing and youth employment, have shown clear positive results. A 2022 study from the National Bureau of Economic Research showed that cutting welfare income to disabled low income adults increased the likelihood of incarceration by 60%. An NYU study found that for every new nonprofit focused on crime prevention in cities of 100,000 people, the murder rate decreased by 1.2 percent. The positive impact of community solutions on crime is clear.

The NYPD is already a force larger than the entire United States Coast Guard, with a budget of $5.44 billion for the 2022 fiscal year. Former Mayor Michael Bloomberg famously bragged in 2011 that he had “my own army in the NYPD, which is the seventh largest army in the world.”

The approach of inflating police numbers also does not consider the increased risk of negative interactions between citizens and police. With more police, arrests for petty crimes increase, a trend that disproportionately harms Black people. It is probable that the main effects of increased police presence will be a crackdown on subway fare evasion, arrests for the ambiguous disorderly conduct violation, penalization of public sleeping and more random bag searches. Will increasing an already bloated police budget at the expense of social programs really help address crime long-term?

There are also short-term alternative ways to increase subway safety without laying the responsibility solely on the police. In February, the MTA announced that they were experimenting with platform edge doors in three stations. These barriers help prevent potentially deadly falls onto the tracks and have become common at transit stations in Asia and Europe.

The subway system also suffers from a lack of reliable video surveillance in all of its stations. When reviewing camera footage from the Sunset Park shooting, investigators found that one of the cameras at the station malfunctioned and did not record any footage. Expanding surveillance security systems and ensuring that the cameras already installed are functioning is an effective way to help catch criminals and deter crime. One study of the subway system in Stockholm found that cameras reduced crime by 25%.

Work to help rather than penalize also is important. Public transportation research group TransitCenter recommends hiring more outreach workers instead of police officers. These outreach workers help connect individuals struggling with mental illness and homelessness to resources. Administrators also must not overlook the benefits of increasing ridership. As discussed earlier, a crowded subway station may be uncomfortable, but experts have stressed that it deters criminality. The myth that armed police officers can solve all issues must be rejected.

Policymakers should also examine efforts to reduce crime. In 2014, the New York Daily News analyzed crime data and reported on the most dangerous stations in the city. They found that Broad Channel Station had the highest crime rate, at 27.38 crimes per 100,000 trips. This rate is much higher than the city’s average and is a clear outlier. Broadway Junction had the second highest crime rate, at 5.76 crimes per 100,000 trips. They also found that the highest raw number of crimes occured in the Times Square/Port Authority station, a particularly busy station often mobbed with tourists and New Yorkers alike. More recent data shows that in 2021, the transit districts 2, 4, 20 and 1 had the highest number of crime complaints. Safety measures should be concentrated on these stations and districts. Blanket goals of adding more police and removing all homeless individuals do not reflect the reality that a large amount of crime is focused in just a few areas.

Though rare, it is still critical to emphasize that transit crimes are tragic occurrences and even a single life lost is too many. It is a miracle that no one was killed in the Sunset Park shooting. Measures to decrease crime in an essential transit system like the New York City subway are important and will help the city as it continues to recover from COVID-19. The city is still trying to get businesses and employees who left during the pandemic to return, and headlines about rising crime in the underground will only hinder this goal. However, the focus should be on detailed examination of data and the range of solutions available. The reflexive urge to hire more police often does not guarantee crime reduction and reinforces the overly punitive orientation of the national criminal justice system.

Demonizing the subway for those who rely on it does not improve the situation. The citizens of New York City rely on the subway, and even in dark times, it’s one of their only options for reliable transportation.

Blowing crime rates out of proportion may even exacerbate the problem by undermining efforts to increase ridership. It is time to leave fear mongering aside. Public administrators must recognize fears, but focus on a range of solutions — community investments, subway barriers, surveillance cameras, outreach professionals and ridership promotion campaigns — that will bring confidence back to the city’s public transportation system. 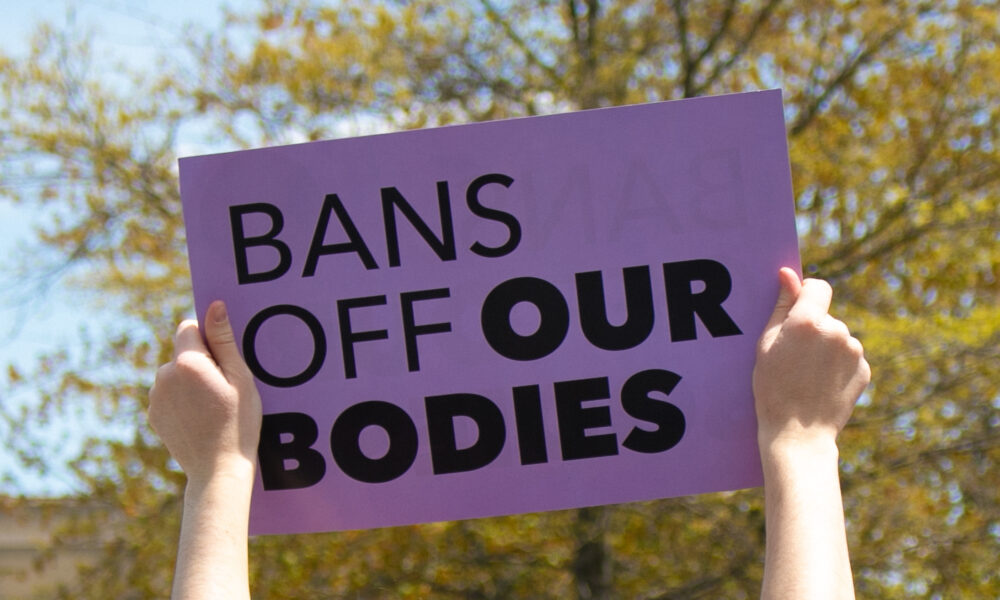 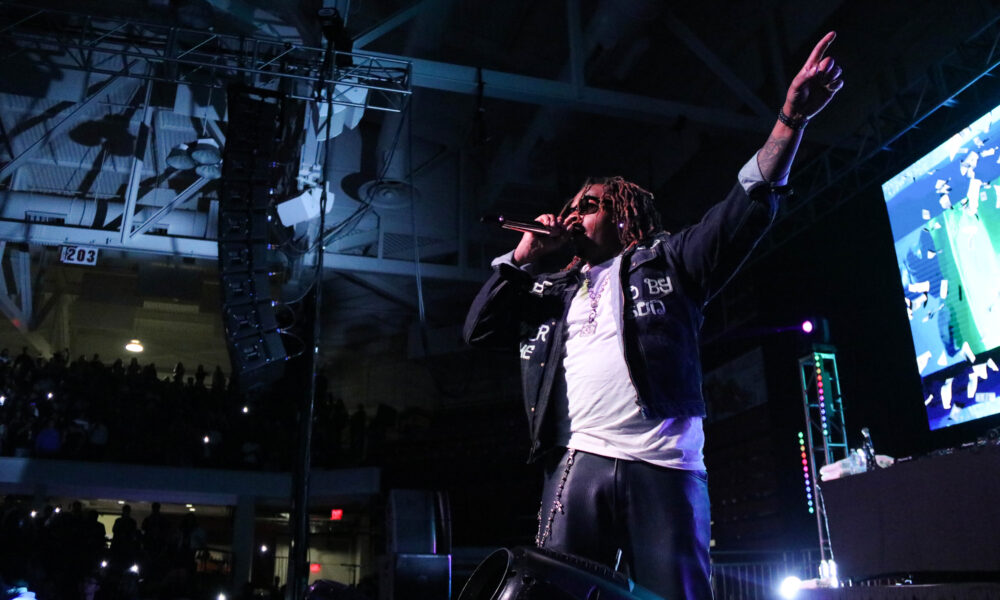