By Carmela Cassara and Keating Zelenke

On Friday, June 24, the Supreme Court ended constitutional protections for abortion that had been in place nearly 50 years in a decision by its conservative majority to overturn Roe v. Wade. Friday’s outcome is expected to lead to abortion bans in roughly half the states.

This win for Republican politicians comes just one day after another shocking win for conservatives — and on a grim anniversary. A month ago today, 21 people — 19 of them children — were murdered in a mass shooting in Uvalde, Texas. On June 23, the same politicians that celebrated Friday’s “pro-life” victory also celebrated the Supreme Court’s decision to overturn a long-standing New York law that limited the concealed carry of guns in public spaces. Being pro-gun and pro-life is an oxymoron, and represents the hypocrisy of those who celebrated in the wake of these decisions.

This week has demonstrated the dire state of our American democracy, as the public opinions on both of these issues were betrayed in favor of the opinion of the conservative Supreme Court majority, five justices of whom were appointed to lifelong terms by presidents who were not elected by the people.

In his concurring opinion, conservative Justice Clarence Thomas stated that other landmark cases that involve personal privacy — Griswold, Lawrence and Obergefell — should also be reconsidered in the highest court. This means that the right to contraception, the right to same-sex marriage and the right to same-sex relationships are all next on the chopping block. So long as the Supreme Court remains locked in a conservative majority, there’s no reason to assume that what happened Friday to the right to choose will not also happen to these other fundamental human rights.

Two hours after the news broke, President Biden stood in the Cross Hall of the White House, addressing the nation. In what sounded more like a campaign speech than the words of a sitting president, he urged Americans upset with the decision to go out and vote.

“This fall, Roe is on the ballot,” he said. “I will do all in my power to protect a woman’s right in states where they will face the consequences of today’s decision.”

Millions of people now thrust into a post-Roe America must grapple with what their vote could mean in the fall, and what it has meant up until this point. Nine unelected justices that exercise their will over 328 million people. One elected president who apparently can do nothing to defend his voters’ human rights. If voting is a viable solution for the Democratic public majority, how is it that a Democratic President and a Democratically-controlled Congress are constantly losing battles for their constituents’ long-established rights?

The Supreme Court justified their decision to overturn Roe v. Wade (along with Planned Parenthood v. Casey, another landmark case on abortion) by stating that “​​the right to abortion is not deeply rooted in the Nation’s history and tradition.” Similar to their decision the day before on New York’s gun law, the conservative justices of the Court relied on the state of the country as it was in 1788, when the Constitution of the United States was written and ratified, to determine how it should be ruled today, well over 200 years later. Referring specifically to Roe, healthcare was so severely limited in the nation’s early years that women weren’t allowed to ride trains because it was believed that their uteruses would fly out of their bodies from the sheer speed of 50 miles per hour.

These arguments about “the Nation’s history and tradition” have allowed a deeply out-of-touch conservative Court majority to enshrine legal precedents based on religion and personal choices rather than the rights of the people. In their statement, they somehow go on to compare Roe v. Wade to the historic Plessy v. Ferguson case, which served as the legal basis for segregation until the mid-1950s.

Lawmakers in conservative states have been lying in wait for the final announcement of the decision to overturn Roe for weeks. As early as September of last year, states like Texas began enacting strict, anti-abortion laws in anticipation of a ruling in their favor. In early May, the news site Politico leaked a draft opinion of the Dobbs v. Jackson Women’s Health Organization ruling, prompting even more legislators across dozens of states to begin drafting their own legislation to go into effect the moment the decision would be announced. One of these drafts from Louisiana Republicans in the House of Representatives classifies abortion as homicide from “the moment of fertilization,” potentially criminalizing the use of emergency contraceptives. Though this draft has not yet been added into the Louisiana “trigger law” that went into effect as soon as Roe was overturned, efforts to ratify it remain ongoing among politicians in the state. Even without this provision, the Louisiana trigger law is brutally restrictive, with no exceptions for victims of rape or incest.

Efforts to restrict the right to emergency contraceptives and birth control prove that this decision to overturn Roe v. Wade — and the potential fight to overturn Griswold and other rulings that Justice Thomas alluded to in his concurring opinion — is nothing more than a way of controlling people’s bodies, and especially those of underprivileged groups.

“Rich people will always get the health care they need. People who can get pregnant and who encounter issues will be forced to carry the child to term,” she said. “POC and people with low incomes already struggle with access to abortions, and this will just make it harder. Black people with uteruses will be at a greater risk of dying or [having] complications during or after birth — they have the highest maternal mortality rates.”

This is what the Supreme Court means when they talk about the “history and tradition” of the United States — exercising control over those who are not cis men, those who are not wealthy and those who are not white. By stripping away options for family planning, rich white elites are able to ensure that those who are poor and struggling in America today remain that way, hopelessly caught in a relentless cycle of poverty. The potential axe on additional rights, like the right to same-sex marriage and relationships and the right to access birth control, will further hurt those who are already oppressed in this country.

For many, it feels as though the cracks in American democracy have widened to caverns over the past decade. There is no longer a bridge between the two sides that alienate our politics; instead, one side consistently pushes to come out on top at the expense of those who oppose them. We have witnessed time and again how our democracy has failed us, and it will continue to do so as the consequences of overturning this precedent ramp up and threaten other human rights.

With that in mind, is there any winning in this painstaking debate on abortion?

As the Supreme Court begins to look more and more like a broken institution, both politicians and average Americans are wondering where we go from here. Since Justice Amy Coney Barrett’s confirmation in 2020, Democrats have discussed packing the court by adding more justices to offset the current conservative bias. However, once Democrats are out of power and Republicans control Congress again, they could just as easily pack the court to their liking. This process has the potential to completely delegitimize the judicial branch, ruled by whichever party is in charge of Congress.

A potentially less volatile alternative to packing the court would be establishing term limits for Supreme Court justices, so a political majority won’t impact legal precedents for decades on end. While not delegitimizing the Court like packing might, constant turnover for justices could prove just as helpless to shifting political parties in Congress. It still could be a more democratic solution to what currently feels like a very undemocratic Court.

But both of these corrective measures still require legislative support, which neither of them have. Thus, the question remains whether or not voting among regular American citizens has the power that Democrats like President Biden think it does. If the Court does not become more accessible to the people after this year’s elections, then voting may prove futile. After over two centuries of stagnation, it already might have. 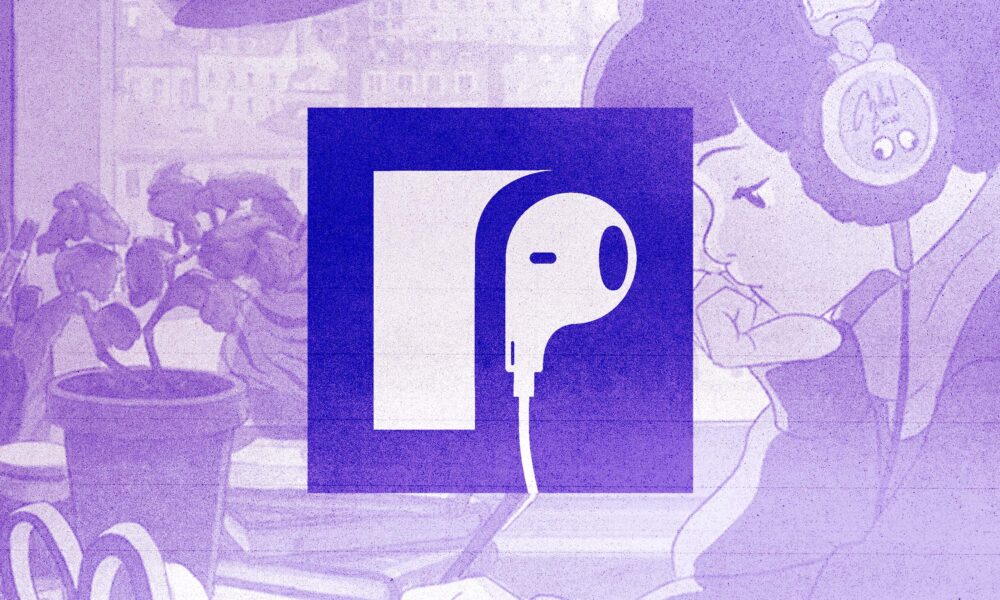 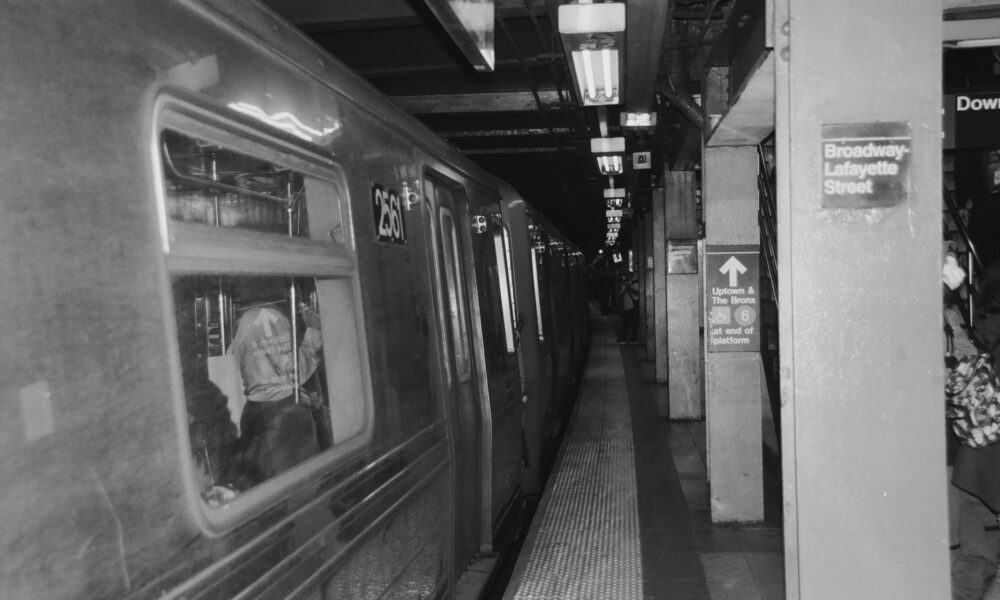