I did not realize I was queer until I was 19 years old. There were hints and clues here and there growing up, but my sexuality never really crossed my mind. I was always the perfect kid. My parents never put any pressure on me to have good grades or to stay out of trouble. Lucky enough for them, I came with a pre-installed system programmed into my brain to always keep me in check.

When I graduated high school, I opened up a time capsule I made in fourth grade. I was surprised to find I had made a list of requirements for future Jane. On it were rules that advised me to make sure to never drink alcohol or do drugs, accompanied by a threatening message that I had better be going to an Ivy League school. I hate to break it to you Jane, but I did not uphold your standards. I didn’t even apply to an Ivy.

Memories of my childhood are plagued with anxious feelings and moments that make me wince looking back on them. Kids are brutal — they have no filter and will call it how it is, no matter how painful the truth may be. They can smell that you are different from a mile away. The reason you are different from them might not be apparent at first glance, yet somehow they can still tell that you stick out from the rest. I often felt outcast and out of place in elementary school. I found my closest friends to be the boys, and I loved when I was called a tomboy. As we grew older, the girls and boys got more and more separated into their gendered friend groups. The boys I was friends with quickly became swooped up with their “girlfriends,” and I was left not knowing what to do. I spent a lot of my time in elementary school in tears, sad for a reason that no one was able to discern. I so badly wanted to be perfect and to fit it with everybody else that I was creating my own rules to follow in order to meet my own idea of perfection.

I moved across the country as I was going into middle school. In my eyes, moving to Texas was the perfect blank slate. I saw it as an opportunity to finally fit in. In Texas, I had some good friends and made some good and bad memories. I still felt different though, almost like I was putting on a different skin every morning to put on a facade of being the perfect girl. I learned that it was necessary to do that because I was so terrified of being different, no matter how.

High school was fine, however much I claimed to despise it. Nothing terribly bad happened to me since I went to a huge school with around 4,000 kids total. It was quite easy for me to fall to the back and go unnoticed, but I was depressed and I didn’t know why. There was a disconnect in how I felt and how I looked — I knew something was off. Even though I felt like there was something going on deep down, I knew my life in the South would be better off if I fell in line with everybody else. The walls were my home. I blended in and survived through a period in my life where I felt like a ghost.

Looking back, the fact that I’m queer feels like it should have been something I figured out much earlier than I did. It was lying under my own nose this entire time. I never had a boyfriend. Anytime a boy started getting a little too close, I would cut him off entirely. I subconsciously started to dress unconventionally and cut my hair short in hopes of further deterring the attention of boys. I would get nervous when girls asked me who I had a crush on, grasping at straws to pick a random boy so I didn’t seem different. I was insanely obsessed with RuPaul’s Drag Race at 14, crying when my favorite drag queen won the competition, then turning around and claiming it was just because I was an ally. I think I knew, but I didn’t want to think about it.

It hit me the hardest as I started college. College is supposed to be about finding yourself, but I felt less myself than ever. I felt almost like an NPC — someone who was just there to serve as a sidequest for someone else, not even a fully developed person.

My depression was at an all-time high and I had no idea how to fix it. I spent my days hiding in my dorm, texting my mom about how much I hated college. There was an emptiness I felt — something was missing. I figured it was intense homesickness. I decided to commute the next semester in hopes that it would help my issues a bit.

Then the pandemic started. I was locked in my bedroom with nothing but a single skylight in a two-bedroom apartment with my parents. My mom encouraged me to try and find love through dating apps. I tried many times, talking to countless boys on end, forcing painfully dry conversations.

I was a serial ghoster. If I could tell all those boys I ghosted that I was terribly sorry for treating them that way, I would in a heartbeat. It was not their fault that I was a lesbian who just did not know it.

Every once in a while, my mom would check in with my love life and ask me how it was going. She would ask why I wouldn’t call the boys I would talk to or meet them for coffee. The conversation would make my stomach turn. I would lash out at my mom, something I am not proud of. These were the only times we would argue. Yet still, I did not realize why I was feeling the way I did.

It all came to a peak in December of 2020. I was trying to force myself to like this one boy from a dating app. He Snapchatted me and I opened his picture. Following suit, I tried to take one to send back. None of the pictures would cut it for me — I was retaking them over and over in a frenzy. I got so worked up that I started to cry. My mom sat with me on the couch and we tried to talk it out. What exactly we said is unclear to me now, but the sentiment remains. Everything I had been worrying about was on the table for me and my mother to see. It is very hard when you are in a position like that, when you have to question something that you thought was concrete your whole life.

I thought being perfect meant being the societal default. Even if I wondered in passing what life would be like if I was gay, I would quickly shoo the thought away. I never gave myself the chance to spend a moment and think about how I actually felt — not just what the heteronormative society I live in perpetuates. Once I had given myself that moment, it all started to unravel. I remember taking a picture of myself after I wiped my tears in the bathroom to remember that day. It was like that moment in the movie But I’m a Cheerleader when Natasha Lyonne’s character screams, “Oh my god, I’m a homosexual!”

A weight was lifted off of my shoulders that day. There was still a lot of pain and tears between then and now, but I finally feel like myself. My outside matches the way I feel on the inside. It is a euphoric feeling. Finally being true to myself and my own identity has brought people into my life that are so special to me. Things are really good. I transferred to a new college and I love it so much. I have some amazing friends that understand me for who I truly am. I have a girlfriend who is so perfect I could cry just thinking about her.

Falling for a girl came so easy to me — I just had to allow myself to. It was just like fitting that last piece of the puzzle together. I have never been happier. When I look at old pictures of myself from before I came out, I don’t recognize the person I see. It’s the weirdest phenomenon. Even my girlfriend doesn’t recognize me in old photos. I guess gay puberty just hits different.

I see someone so sad and so lost, craving love that she doesn’t think she will ever deserve. I think if she saw me now, she would be scared, yet relieved.

Everybody’s coming out is different. Queer realization can hit you like a bus or creep up over time — maybe even a combination of both. There is no right way to go about it. Now I feel the most like myself that I ever have, and I have gained a confidence that I didn’t know I could have. I feel secure in my identity, and that makes me finally feel confident when I walk into a room. The pride I feel in my own identity is something I hold close to my heart. It is something I fought and hid away my entire life, but now it’s one of my favorite parts of myself.

If you or somebody you know are in the LGBTQ+ community and need to reach out for help, visit thetrevorproject.org or call their free and confidential helpline at 1-866-488-7386. 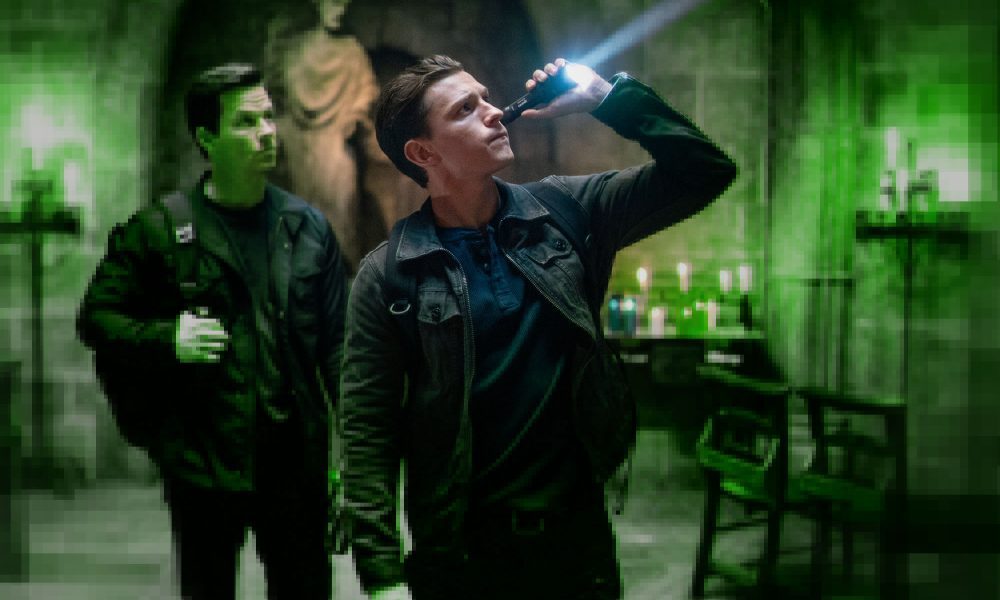 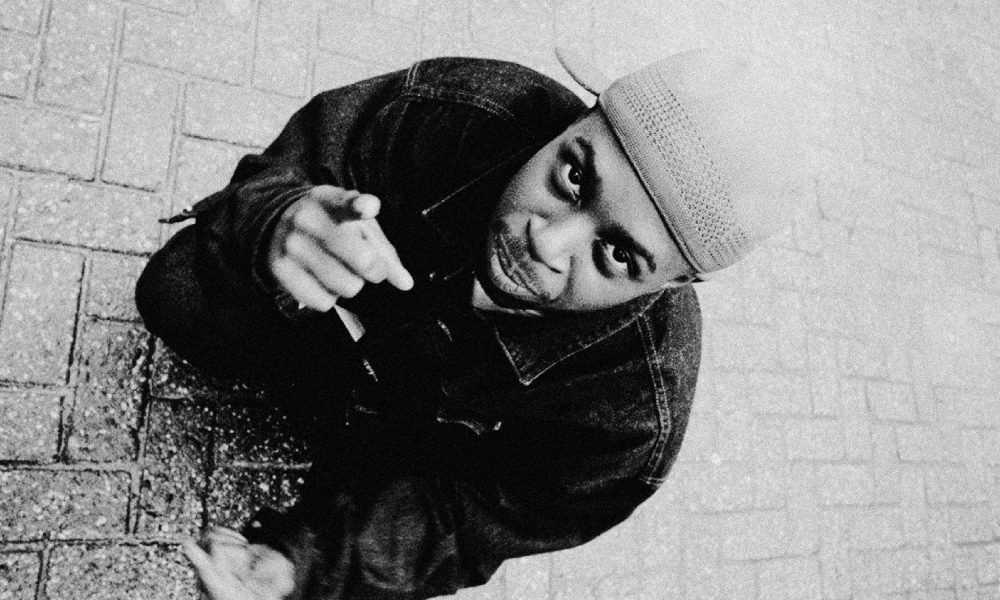