The lights go down in the main stage of the Staller Center. The musicians take their places on stage. The crowd cheers as Megan Hilty walks to the center in a sparkling black dress, takes a deep breath and begins to sing, her voice electrifying the auditorium and setting the tone for her concert.

On Saturday, Oct. 20, actress Megan Hilty visited Stony Brook University to perform some of her classic songs as well as those by her fellow musical theatre composers. Best known for her role as Glinda the Good Witch in the Broadway production of “Wicked” (2005-2006), Hilty also starred in the Broadway productions of “9 to 5: The Musical” in 2009 and “Noises Off” in 2016. She is also known for her role as Ivy Lynn in the hit TV show “Smash” (2012-2013).

An interesting aspect of Hilty’s concert was her ability to tell the story of her career through her song selections. She began by singing “Popular” from the musical “Wicked,” during which she meet her good friend and fellow actress Idina Menzel. Hilty recounted the moment when, serving as a standby for the role of Glinda at the time, she was asked to perform only two hours before showtime. “I was panicking, a lot,” recounted Hilty. “But Idina put her hand on my shoulder and told me, ‘You got this.’” From then on, Hilty said, whenever she gets nervous before a show, she thinks back to that moment with Menzel and gains the confidence to perform.

She then transitioned to the musical “9 to 5” through “Backwards Barbie,” a tribute to her work with singer Dolly Parton. Originally a film, Parton wrote the music and lyrics and collaborated with Hilty on bringing it to life on stage. “Incredible,” Hilty stated when describing her experience with Parton. “I mean, I got to work with and learn from a musical legend, which to me is a true honor.” Despite only running for less than a year, Hilty considers it one of her favorite productions because of the inspiration that Parton gave her.

Hilty continued by tributing her song “Diamonds Are a Girl’s Best Friend” to actress Marilyn Monroe, who her character Ivy Lynn portrayed in “Smash.” “Marilyn has always been an inspiration to me,” she explained. “Her ability to overcome her economic hardships was the driving force behind my career.” Hilty  described how Monroe was once given a piano that she loved dearly, but had to sell due to her mother’s need for money to support her. It was amazing to hear how, as a steady actress, Monroe went searching for that same piano and brought it back to put in her house and keep for the rest of her career. Hilty carried the idea of preserving what you love into the conclusion of concert, giving her best performance of the evening.

She concluded by singing a song dedicated to her children with her husband, guitarist and singer Brian Gallagher. Hilty started their tributes when she was pregnant with their daughter. “Even though she wasn’t born yet,” she said, “we knew she could hear us and we wanted her to know that the world was a positive place where she would be able to grow.” It was incredible to see how well Hilty and Gallagher were able to sing together. This song was their best song because it wasn’t just speaking to their children — it spoke to everyone, which Hilty intended it to. She ended by making a statement to the audience: always remember your loved ones because they will be the ones you never forget.

Hilty came to the Staller Center not only to sing, but to bring her talent to her fans by telling the story of the challenges she faced and how she became an inspiration to the Broadway community. 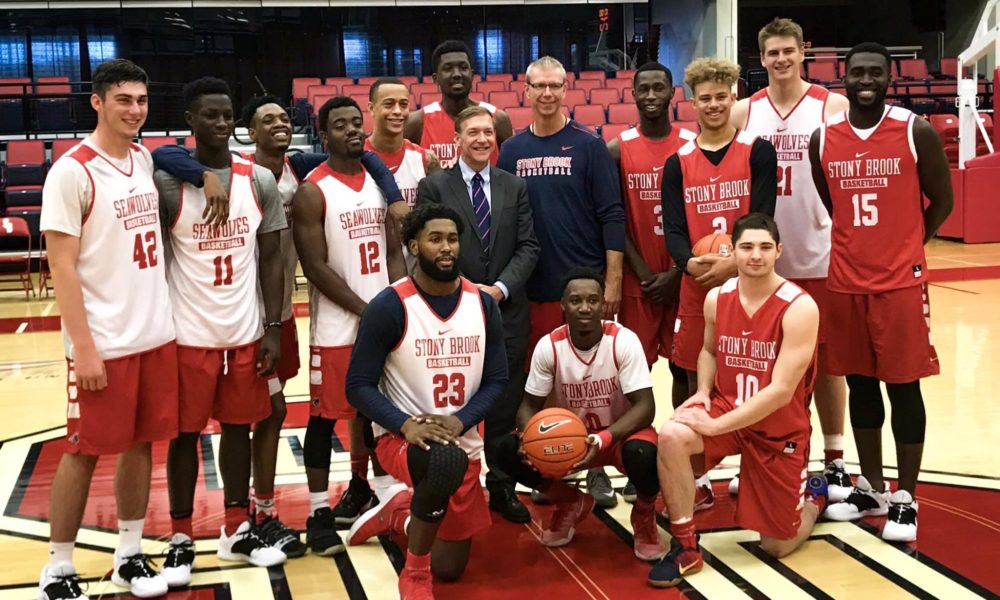