Zoya Vallari walked down the winding hall on the fourth floor of the Physics building and poked her head into a large classroom where two graduate students were chalking calculus problems on the board. “May I use this room for a few minutes?” she said. As we walked into the room, she said with a laugh, “They have no choice but to listen to me.”

Vallari is a fifth year PhD student who is working on High Energy Physics Experiments at the Stony Brook Department of Physics. Her project is called T2K, which is located in Japan and deals with an intensive study on neutrino oscillation, a topic that is critical enough to befuddle the average reader.

“When I went for my Masters at IIT Mumbai, one of the premier colleges in India, there were five women out of 40 students in the entire class,” Vallari said. “Most people were like, ‘Oh you should be happy you have five fellow women in class.’” She is also trained in Kathak, a Indian classical dance, as well as Contemporary and Modern Dance.

Vallari spent her childhood in India and went to an all women’s college where she never noticed the inconsistency in numbers between men and women in her classes. In reality, the Science Technology Engineering and Math (STEM) field has been battling with an unpleasant reputation of unpopularity amongst women. When Vallari first joined the PhD program at Stony Brook, there were seven women in her class of around forty. “This was when Stony Brook Physics department was trying really hard to get women to join.”

As she listens intently to questions on possible instances of misogyny or sexism she might have dealt with in her field, she wears a knowing smile throughout the entire conversation. “At the start of the academic year, there was a lot of general conversation with my colleagues about the idea of women getting into the department because of Affirmative Action,” she said. Affirmative Action is specifically designed to further the career of talented and skilled minorities and women in any given field, an executive order that was first passed by John Kennedy in 1961 that included race, creed, color and origin of the individual.

After a pause, Vallari continued, “For example, someone would say, ‘I had this woman in my undergrad who was as good as me, but she got into Harvard and I could only make it to Stony Brook because of Affirmative Action.’”

The scientist in Vallari is a constant working persona which she uses to conduct social experiments, supplementing thoughts with proof. Using the fitness classes at the Campus Recreation Center as her scenario, she convinced some of her male colleagues to join her for a Zumba and a R.I.P.P.E.D class, which tend to attract more females than males.  “As soon as they walked in, they were like, ‘Are you sure we can be here? Can guys really take this class?’ and I replied with, ‘Welcome to women in Physics issues,” she said with a giggle.

Vallari also explains why these situations can sometimes put her on the spot because she becomes the mouthpiece on behalf of the entire female collective. “I think in India it is much more stark because you will have people tell you things like, ‘Oh you did well in that class because the professor really liked you.’” She said that, over some time, it becomes easy to form a thick skin and forget discriminatory comments.

Vallari is the current president of the Graduate Women In Science and Engineering (GWISE) club in Stony Brook. It aims to help women in science acclimate themselves to their respective programs and opening up conversations about sexism in the workplace. Vallari is also regular active member of Women in Physics Happy Hour nights, where a bunch of her colleagues go to The Bench, the college bar across from Stony Brook railroad, and between some much needed r&r, drinks and laughter, they make it a point to have tough discussions on race and gender. “Most days we talk about random things, but there are times when we do bring up issues around the workplace so everyone in the group is aware of the problem and can help that person in any way they can,” she said.

Although not in the sam 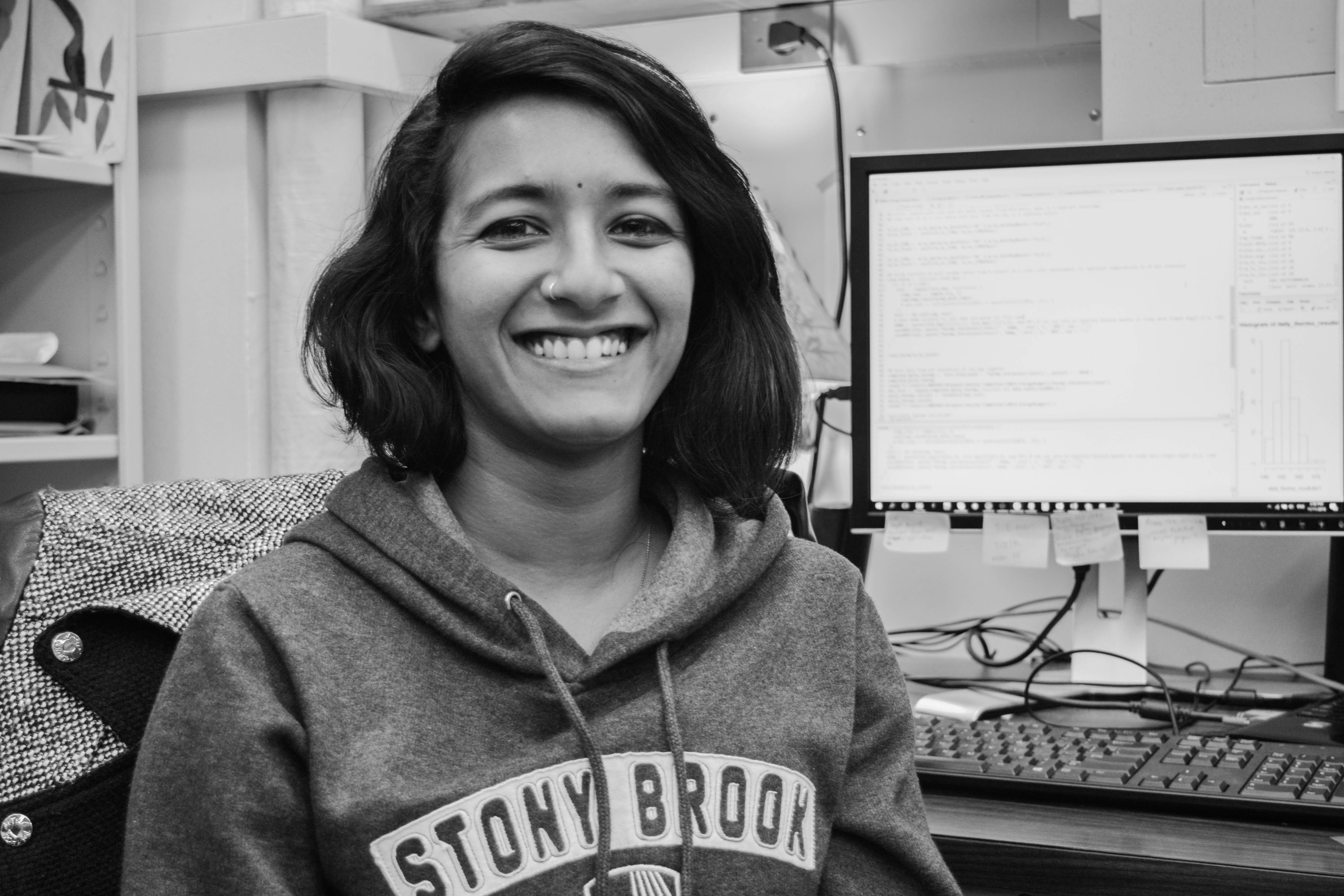 e department, both Vallari and Anusha Shankar share similar issues to a certain extent. Shankar, like Vallari, is also from India and came to Stony Brook to obtain her PhD in Ecology and Evolution. Her dissertation is on how hummingbirds “budget their energy” across sites in Arizona and Ecuador. Shankar has won the National Geographic Young Explorers Grant, Cedar Book Award, Tinker Field Research Grant and Departmental Unrestricted Research Award at Stony Brook University, among others throughout her graduate career.

Shankar explains that the trend of casual sexism in India is more apparent than it is here according to her personal experience so far. “I think it has to do with the fact that Zoya is in Physics where there are very very few women, but in Biology there are a lot of women,” Shankar said. “Both women and men in academia tend to not have families, they lead a different life than people outside of academia.”

According to the 2016 report conducted by the National Girls Collaborative Project on the makeup of the STEM workforce in the U.S, only 11.1% of physicists are women and around 33.8% of ecologists are women.

“I used to live in the United States when I was younger and I had faced a lot of racism back then,” Shankar said. “Sometimes it would be the younger kids who would show religious aggression, there were parents who would tell their children to come back inside if they saw them playing with my brother and I.”

Shankar has a female adviser and has two male and one female on her PhD committee. Although she has never felt “looked down upon” by her male colleagues, she does believe that the requirement for success for men and women get differentiated as they move ahead in life. “This is a very difficult one for me because there are men who are really driven, but are they driven because they are men or because that is their personality?” she said, pausing to gather her thoughts. “I don’t think men realize how much women have to struggle, balancing a family life and a separate successful professional life. They say things like, ‘you should just get over it,’ ‘just be ambitious,’ ‘why is this so hard for you’ and you are constantly trying to compare yourself with them.”

So why do women care so much? Shankar tackles the question by simply making the probable conclusion that women have to deal with a lot more and their strive to prove themselves at home and as scientists are equally great. “We probably think about that recommendation letter and want people to say that ‘she did this, as well that that,’ but men can get away with being just awesome researchers,” she said. “I do so much better if I know that what I am doing with my life is going to help other people and not just me.”

Maria Guadalupe Barrios-Sazo is a Research Assistant in the Physics and Astronomy department at Stony Brook University. She is a third year PhD student and she is from Guatemala. Sazo’s experience in casual workplace sexism was not a problem back home. “I have always had a very strong personality, so if men back home would say something about more women in a department making it less picky, they knew I would be able to come back with a reply,” she said. “Here at Stony Brook I have never faced anything directly, but since the department is not diverse at all I feel judged and I cannot hide.” Sazo is the only Latin American woman in her entire department and explains that any professor easily recognizes her by her name.

Sazo says that she is visible because of her name and her race. She also speaks with a distinct accent which makes her unique and also adds to her vulnerability, in addition to the fact that she is always self-conscious of being assessed academically by her peers and her professors.

Just last week, Sazo was part of a four-person research team to get the INCITE Award to study stellar explosion on one of the world’s most advanced computers, according to the Stony Brook Alumni website. She is one of the two graduate students and the only woman on the team.

One of the problems that Sazo has noticed personally is that there are women in science departments who leave without completing their degree. “Before coming here I never thought about diversity issues and gender issues,” she said. “Here you can see how it really affects women. Since I have come here, it has become harder for women to pass the qualifying comprehensive exams.”

Sazo grew exasperated as she explained that even though women of color can be as competitive as the regular white male, somehow women seem to score less on the qualifying tests. “There are certain evaluations and criteria for admitting students into competitive programs and there have been an increasing number of studies which show that people can determine your race and gender because women, especially minority women, tend to score less,” she said.“Again, there are women who are fabulous at scores but it is not the norm.” 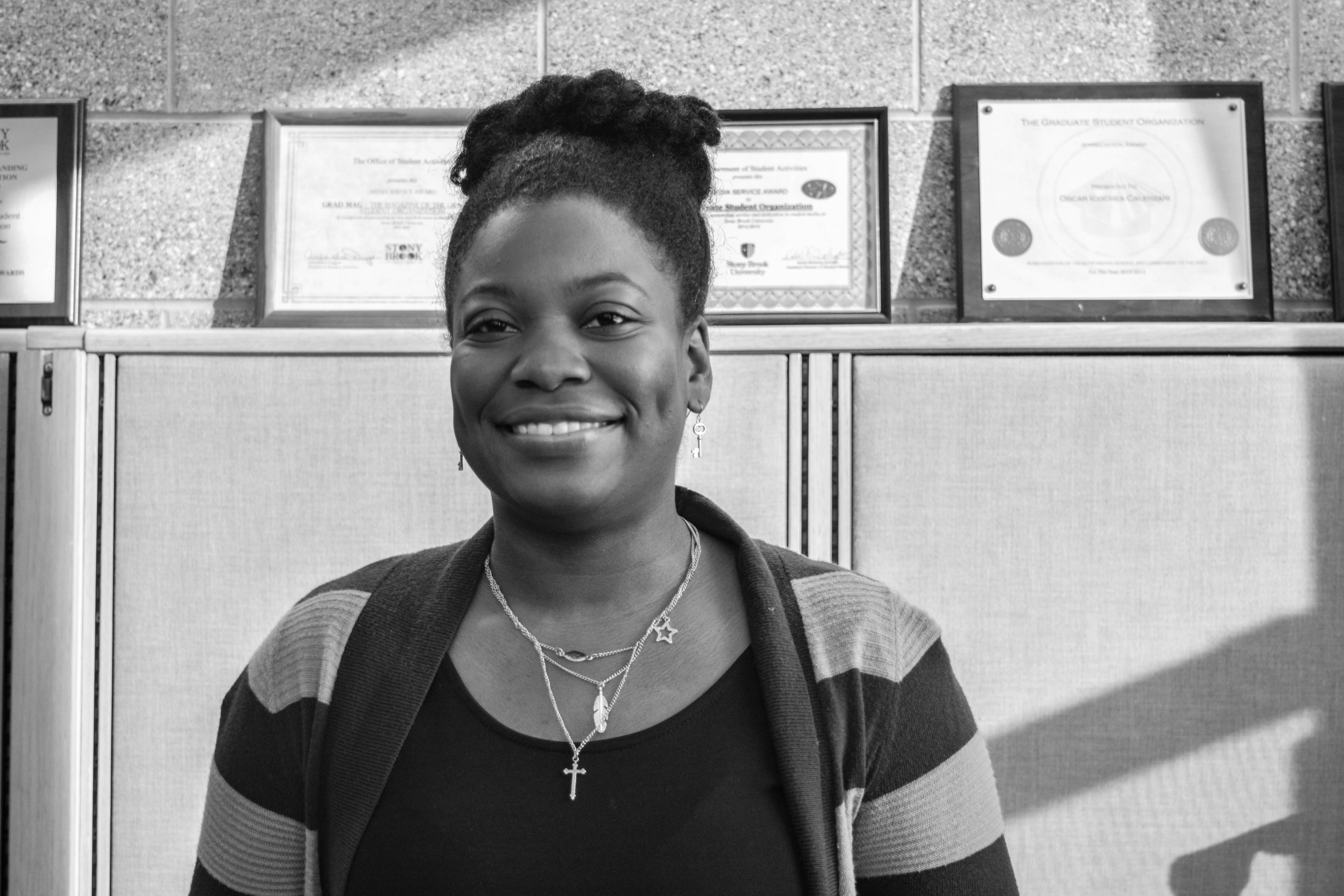 For the past three years, Tiffany Victor has worked as a Research Assistant in the Brookhaven National Lab specializing in the chemical makeup of cells and tissues by using infrared and X-ray spectroscopy, using energy from a synchrotron source. She is a fifth year graduate student from the Chemistry department and is also a native to the island of St. Lucia in the Caribbean.

“I have always had a great support system at home,” Victor said with a bright smile. “I am happy to say that people I have met along the way like professors have been open minded to motivate me to become the best person that I could be.” Victor completed her undergrad in Louisiana, but in terms of encouragement she has never felt any different than when she was a high schooler in St. Lucia. “I grew up in a household where I was told that there is nothing I cannot do,” she said. “My mother and my sister would leave inspirational quotes on the fridge like ‘shoot for the moon, and even if you miss, you’ll land among the stars.’” Victor explained that her “go-getter” attitude has helped her immensely

Victor is the current vice president of the Graduate Student Organization (GSO). “It’s amazing because a lot of the times I find myself in a meeting with a room full of colleagues and other scientists and it’s usually two to three women in about a room of twenty,” she said. “A lot of the times I am the only black woman in the room. I now see myself seeing color more than I used to before.”

Despite the disparities in numbers, all four women agree that more discussions about gender and race equality issues are taking place, which is a giant step in the right direction. “Most grad students feel like they can’t make it, more women feel so than men and that is when I try my best to educate and help them,” Vallari said. “I’m a little outspoken about these issues and I think I have started to see some changes in people around me.” 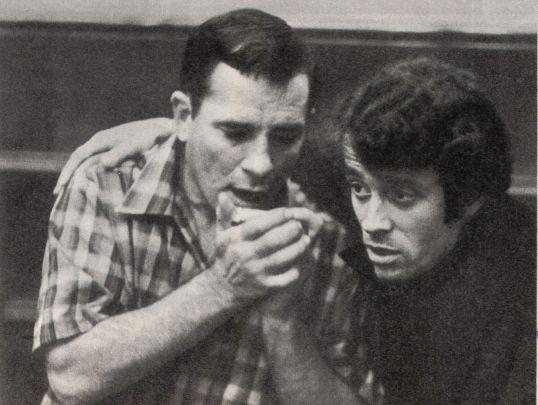 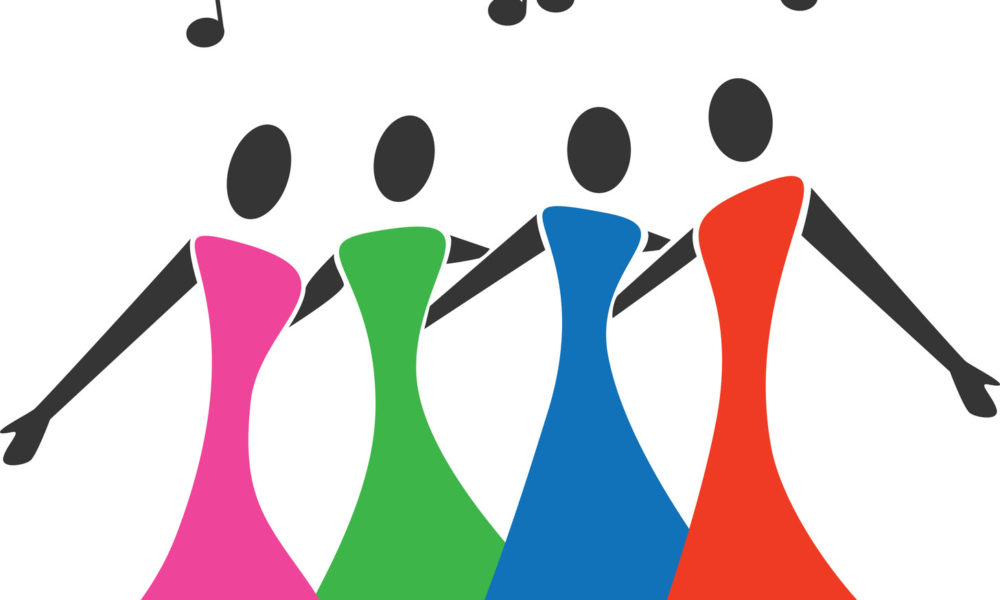