Right now, one of the things that everyone is talking about is the second presidential debate that took place last Sunday. Needless to say, I have been no exception to this rule. I mean, I think we were all expecting a fiery debate, especially given the recent leak of a conversation Donald Trump had back in 2005 where he bragged about kissing and groping women. Right before he is about to converse with the female presidential candidate. Ouch.

I think we were all expecting him to be confronted on that, and for him to be placed in a number of awkward spots as a guy who often speaks in vagaries would be when being asked detailed questions on policy.

However, even taking all that into account, I was utterly stunned at some of the things that came out of Trump’s mouth.

I really don’t want to dedicate this entire diatribe to Trump’s shenanigans, but it’s hard to deny that his “performance” garnered a lot more attention than Hillary Clinton’s. I think this is largely due to the fact that, for all of her faults, Clinton, unlike Trump, exercises professional courtesy in her debating style. She almost never interrupts her opponents, she speaks concisely and stays on point and furthermore, she does not spend the majority of her answers denigrating her opponent.

Now mind you, this aspect of Trump’s debate strategy started mostly in the second half, but from the very first question, there were things about his presentation that were weak. The first question geared towards both candidates was if they think they are modelling appropriate and positive behavior to today’s youth. Clinton answered the question essentially by saying she was trying to tell the youth of America that they will not be left behind and that she would work towards creating an environment where we would respect and help one another. It was an answer that was on point and made Clinton’s perspective clear to the audience.

Trump, on the other hand, did not even attempt to answer this question. Instead, he went on a tirade we have all heard him make before: America’s trade deals are terrible, our politicians don’t know what they are doing and he he hates what is happening to our country.

I was astonished that he so blatantly ignored the actual subject of the question, just so he could fire off the same rhetoric he has time and time again. I think it’s funny how people have made out Clinton to be some political robot, when half the time Trump is repeating the same lines over and over again.

The second thing that really got under my skin with Trump is that he dismissed his vulgar statements about women that recently came to light as “locker room talk.” He did make it clear that he has “apologized” for saying those things, but I’m sorry, I don’t think talking about grabbing a woman’s “pussy” should be dismissed as something that guys commonly say in jest about women. I personally think most guys have a little more respect for them than that. It’s certainly not something I hear every day.

But these opening nitpicks were only the beginning. As this debate progressed, Trump just seemed to get more and more agitated, and would often avoid directly answering questions or just go straight to bad mouthing Clinton. While watching the debate, my friend and I were literally screaming at the screen, “Answer the damned questions!” And we weren’t the only ones noticing this pattern.

At one point, which I thought was one of the highlights, there was actually a bit of back and forth going on between Trump and one of the moderators on the topic of the Middle East and our military intervention. In the middle of a tirade about his criticisms of Clinton’s approach, the moderator actually outright asked him “What is your strategy?” To this, he offered no direct response. Yes, even the moderator’s frustrations were tangible here.

Finally, there was a moment in which my jaw literally dropped open. Trump actually claimed, when the topic of Clinton’s e-mails entered the fray, that he would be looking into getting a special prosecutor to look into the email situation. Yes, Trump actually threatened to personally pursue litigation on a fellow presidential candidate.

Do I really need to explain how insane that is?

Look, love her or hate her, trust her or distrust her, after such a crass display of attacks and low-blows, and may I remind you, a threat, made by Donald Trump, it’s hard to not automatically sympathize with Clinton. She did seem to try her best to answer all the questions directed to her honestly, while Trump scrabbled every few seconds to remind us all how she was the worst choice for the job. Time he could have taken to lay out his own plans, his own goals and humanize himself to the audience was wasted on attacking his opponent. If Trump can’t reflect on all this and see what a miscalculation that was on his part, I don’t feel he has any chance of seriously challenging Clinton when the third debate rolls around. 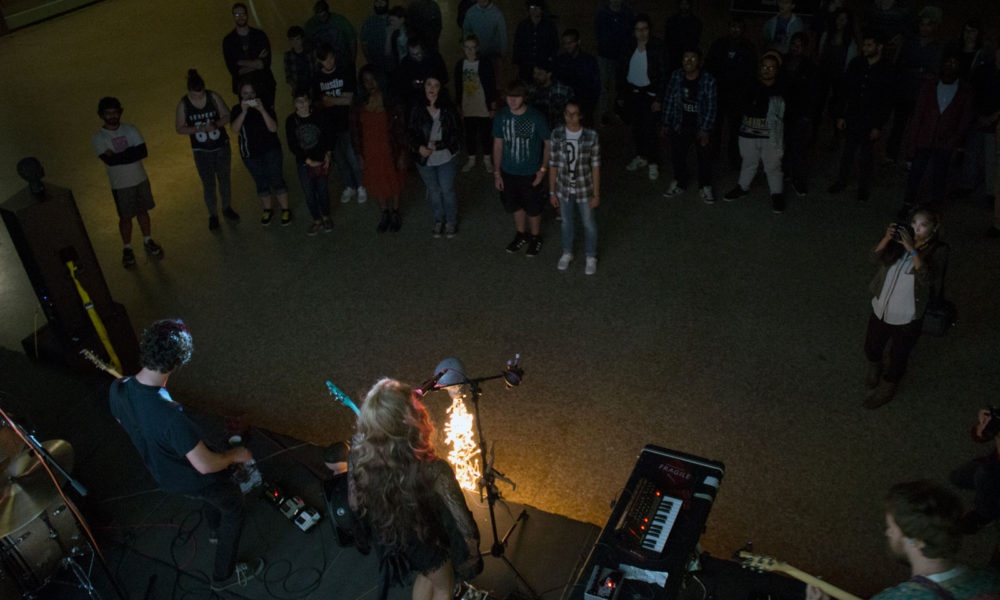