Last night Hum showed NYC why they’re the undisputed kings of shoegaze. Along with a jaw-dropping co-headlining performance from Touché Amoré, Terminal 5 was the absolute place to be.

Basement opened on an off-date from their headlining tour. The grunge-alt revival band sounded fantastic, proving that their album Promise Everything is some of their best work as well as an easy contender for one of the best albums of the year.

Speaking of potential albums for the year, Touché Amoré’s set was their first New York performance in nearly two years after a brief “hiatus,” which spread from a need for a break from constant touring that included vocal rest for singer Jeremy Bolm. On the group’s “hiatus” his mother unfortunately passed away due to cancer, which was the main lyrical influence of their forthcoming album, Stage Four.

All of the singles released thus far have been nothing short of the band’s best work. Unfortunately, the group didn’t play their single “Skyscraper,” the closer of the record that has a moving music video centered around New York City, or 2013’s “To Write Content,” a song written about a meeting with Circa Survive singer Anthony Green before a Terminal 5 show that Touché Amoré played with them in 2013. Regardless, the group sounded the best that they have to date.

Naturally, Hum closed the night, showing NYC the songs written in the ‘90s are still spectacular. Hum is rumored to have a new album coming out sometime soon too.

You can check our pics from the night below.

Editor’s Note: Many of our original photos were lost in a server crash 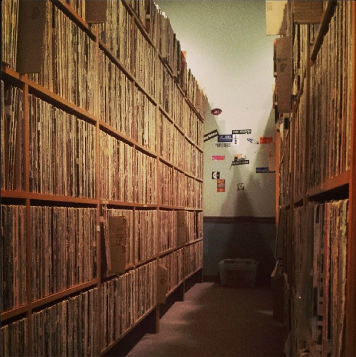