During my first semester, the only evidence I had of WUSB’s existence was the enigmatic, perpetually closed door to the vinyl library in room 229 of the Union. I spent my weekends wandering around campus in search of the best spots and I felt that room 229 was the only place I hadn’t explored. As my luck would have it, it was always locked. Its mystique was its charm. I would hang out in the hallway outside of the door waiting for a key-bearing angel to descend from the heavens and unlock it, revealing the musical treasures behind the black painted glass that donned the lie “Open Tues & Thurs, 1-3PM”.

My second semester I finally had a friend: Emily, our current Program Director and club president, to show around the campus and to share my obsession with. “It’s never fucking open!” I said as we approached the second floor of the Union. I figured we would try anyway, and if I were right, we could just wallow in disappointment together. But I was wrong! The door was finally open, and the light of the room was like a halo in the dark, dingy hallway.

The inside was better than I could have imagined. The walls were lined with vinyl. I thought, “There has to be a million records in here.” (Close enough.) There are at least 40,000 records stuffed in the mini-library. My heart raced as I sauntered over to the beginning of the alphabetized library, wondering if I, or anyone, would ever listen to this much music in a lifetime.
At that time, WUSB had a small on-campus population of about 10 student volunteers and over 100 community, alumni and faculty DJs. In the months that followed that lucky day, Emily and I became regulars at the vinyl library and got pretty tight with the other WUSB students. We had heart to hearts, parties, study sessions and discoveries in that room. It was the center of campus culture and, in my eyes, the pinnacle of my Stony Brook experience.

While the vinyl library was a social oasis, let’s not forget that it was (and still is) also a vinyl library. There’s so much history in this room! The radio station has been around for 39 years (we turn 40 in the end of June) and has accumulated a giant mass of records over that time. We have our donors and music promo partners to thank for this. Come see for yourself; you can find nearly any classic record in our library or, if you have a taste for the obscure, you’re bound to discover something that you’ve never heard before and possibly never would have heard.

With the confirmation of the long-rumored Union shutdown and a studio rebuild scheduled for the upcoming months, we are curious about the future of our record collection. WUSB is expected to adapt to an entirely different space once we move out of the Union, which means the fate of the vinyl library is a question for everyone, even for us. Where will our records go? We have been regularly in discussion with administration about the importance of our station move, especially with our 40th birthday coming up. Not much has changed around the station over the past 40 years, which makes the ramifications of our move, a different set up with less media storage and a technological upgrade, especially interesting.

A large amount of attention has recently been drawn to our massive media library. We collaborated with the Paul W. Zuccaire Gallery at Staller Center this summer for the exhibit On The Record: Album Cover Art. With a couple hundred of our records on display in the gallery, it was almost like a beautified version of our library that was open to the public. People are starting to recognize how much history WUSB is hoarding with this collection… well, at least we hope so.

While our actual move-in date for the new space is not yet scheduled and the size of our media storage space is not confirmed, we have already begun to pack away our records. It is a sad, unnerving process, but for me it feels like things are coming full circle. I spent the past two years organizing and cataloging the library between using it as the perfect hideaway. Before my WUSB generation, people had been doing the same for decades. It’s like we’ve always been putting the room together since the radio station came into existence and now we are finally taking it apart. The next step is into the unknown.

“It is simply unfathomable to me how the University could overlook the preservation of this invaluable treasure that would be highly sought after almost anywhere else. This is pure history and the kind that never becomes unusable. WUSB had a vinyl marathon several months ago that received international attention. The recent display in the Fine Arts Center made use of historic album covers that were a part of the WUSB library. Not only must space be allocated for this collection, but it should be the centerpiece of what has been accomplished here over the decades. With all of the space and new buildings available at Stony Brook, how is this

Host of WUSB program “Off The Wall” 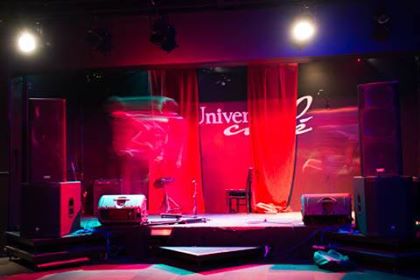 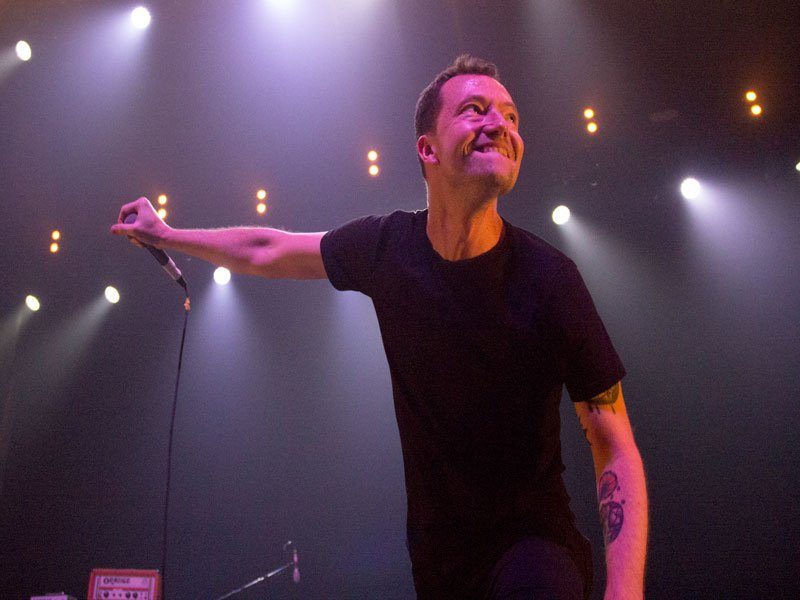