The United States Army Corps of Engineers has been digging up mixed feelings about its plan to dump dredging materials in the Long Island Sound starting this year. Residents and politicians are concerned that the sediment may contain pollutants and harmful chemicals that will disrupt the ecosystem in their coastline communities.

In late December, the Corps released the Dredged Material Management Plan (DMMP) to dump over 50 million cubic yards of sediment from Connecticut and New York City waterways into the waters off the north shore of Long Island. In 2005, the governors of Connecticut and New York tasked the Corps with DMMP. The objective was to have a system in place to discard dredging materials in a cost-effective and environmentally-safe manner.

The Corps has worked closely with the Environmental Protection Agency (EPA) to conduct tests and simulate on possible outcomes of dumping materials. George Wisker, an analyst for the EPA’s office in Connecticut, says he is confident in the Corps’ plans and that residents on either side of the sound shouldn’t be alarmed.

“They [Corps] send the sediment for biological testing,” Wisker said. “If the materials do not pass the tests, the material will not be dredged or dumped into the open water.”

Wisker explained how sediment routinely travels into the sound’s water from rivers, runoff and erosion in both states, and that there is no way to truly monitor or test what is being drained into the local ecosystem. However, the Corps can control and monitor what is being introduced into the local waterfront, theoretically making it safer for the environment.

“You have runoff into the harbors and, in the case of Port Jefferson Harbor, you have the university sewage outfall,” Professor Robert Aller, Ph.D. who specializes in marine animal-sediment relations at Stony Brook University, said. “ I would be more concerned with the sources within the harbor than I would be with the Long Island Sound source from outside the harbor.”

They also have other alternatives to open-water dumping, some of which could provide useful benefits to local municipalities and the private sector. A report issued by Army Corps Engineer Timothy Welp says that the material can be used for shoreline restoration and construction materials.

Adrienne Esposito, the executive director for the Citizens Campaign for the Environment, believes that the Corps can use this material for a beneficial purpose that would satisfy all parties.

“There are many examples of beneficial reuse including capping landfills, rebuilding wetlands and making cement products,” Esposito said. “It’s a well-known market; many other states need these materials to do mine reclamation.” Other uses include using the sediment to rebuild shorefronts and dunes damaged from erosion, particularly from Hurricane Sandy.

This isn’t the only battle the Corps is fighting on dredged-material dumping. The Port Authority of Cleveland’s CEO, Will Friedman, is going against the engineers on their proposal to dump dredging materials from a nearby river into Lake Erie. Friedman, along with the Ohio office of the EPA, has a pending federal lawsuit against the Corps to prevent the dumping. Friedman explained that the dumping of sediment into the lake could cause economic burdens on the fishing industry as well as health issues for everyone eating the fishermen’s catch.

“The Ohio EPA reported that the waters in the Cuyahoga River contain large quantities of heavy metals and polychlorinated biphenyl (PCB), a known carcinogen to humans and aquatic life. They [State of Ohio] already have a warning out, due to the PCB levels in fish, not to fish more than once a week,” Friedman said. “They might have to raise that to once a month.”

According to the lawsuit information provided by the Ohio Attorney General’s Office, the Corps has not demonstrated a substantial reason why it cannot remove the materials to an off-site location.

“Currently the Corps says it will not dredge the last mile of a six-mile stretch of the Cleveland Harbor channel that contains heavily contaminated sediment unless a non-federal partner agrees to pay the more than $1 million cost of confined disposal, even though Congress has appropriated funds to the Corps to fully cover those costs,” was part of the argument listed on the lawsuit by the plaintiffs.

According to page 13 of section four in the 616-page DMMP report filed in January 2016, the Army Corps would conduct its open-water dumping in the sound directly north of the Town of Brookhaven, Town of Southold, Town of Oyster Bay and off the eastern coast of the northern fork of Long Island. Alternatives to the open-water dumping would be to build up eroded beachfronts in Port Jefferson, NY, as well as capping landfills in Brookhaven. Throughout 2050, the Town of Brookhaven harbors could receive 1.2 million cubic yards of the sediment from the dumping.

George Hoffman, a resident of Setauket, co-founded the Setauket Harbor Task Force one year ago with his wife, Maria. The group’s main goal is to protect and clean the waterways nearby Setauket but they too have become advocates alongside Esposito in fighting the DMMP.

“The report’s plans are based on economical choices, not ecological ones,” Hoffman said. When asked why the Corps couldn’t just dump the sediment further offshore from the eastern end of Long Island instead of the sound, Hoffman replied, “it’s all about the cost effectiveness. The shorter the distance for the ships means more material can be transported.”

The EPA will be holding a meeting at the University of Connecticut at Stamford on March 25 to release its reports of how the dredged material may impact the dumping grounds. 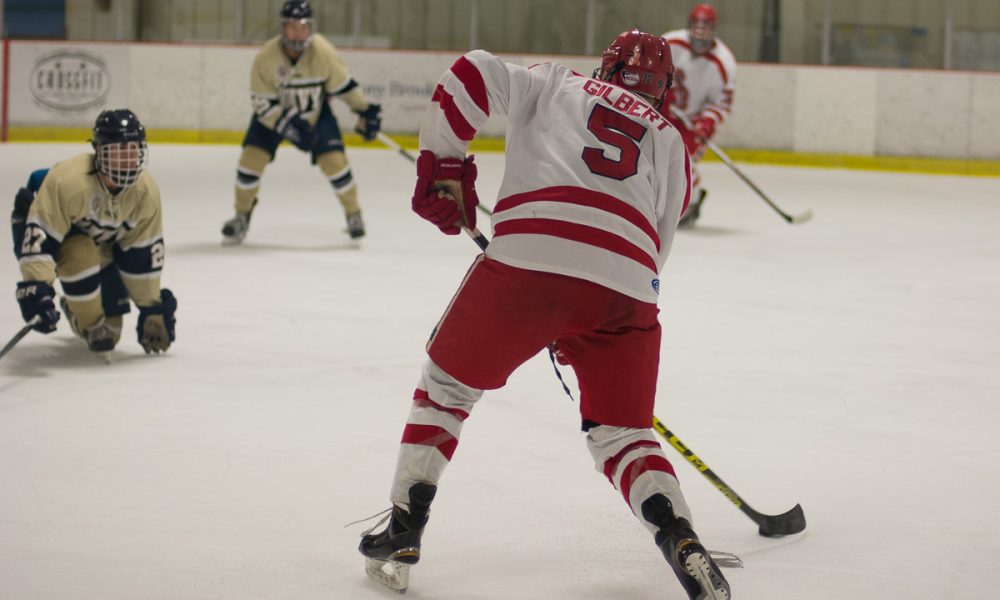 SBU Ice Hockey Outlasts Syracuse in First Round of Nationals 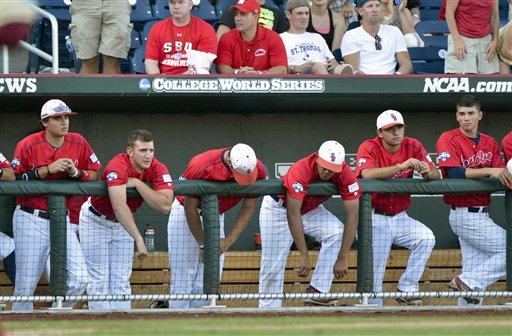 Stony Brook Pitching Takes Down Elon; Edged Out by BGSU