Around 100 veterans packed into the auditorium at the Long Island State Veterans Home to listen to guest speakers and sing along with an elementary school class for a ceremony honoring the veteran’s service and sacrifice.

“It was beautiful,” Biagio Innamorata, who served in the Korean War, said. Tears came to his eyes as he sat in his wheelchair. “I was injured in a bunker. I was pulling the wounded to safety and next thing you know—someone threw a hand grenade.”

For the residents of the Long Island State Veteran’s Home, Veteran’s Day is a celebration of their service but also a somber reminder of the friends who are no longer with them. 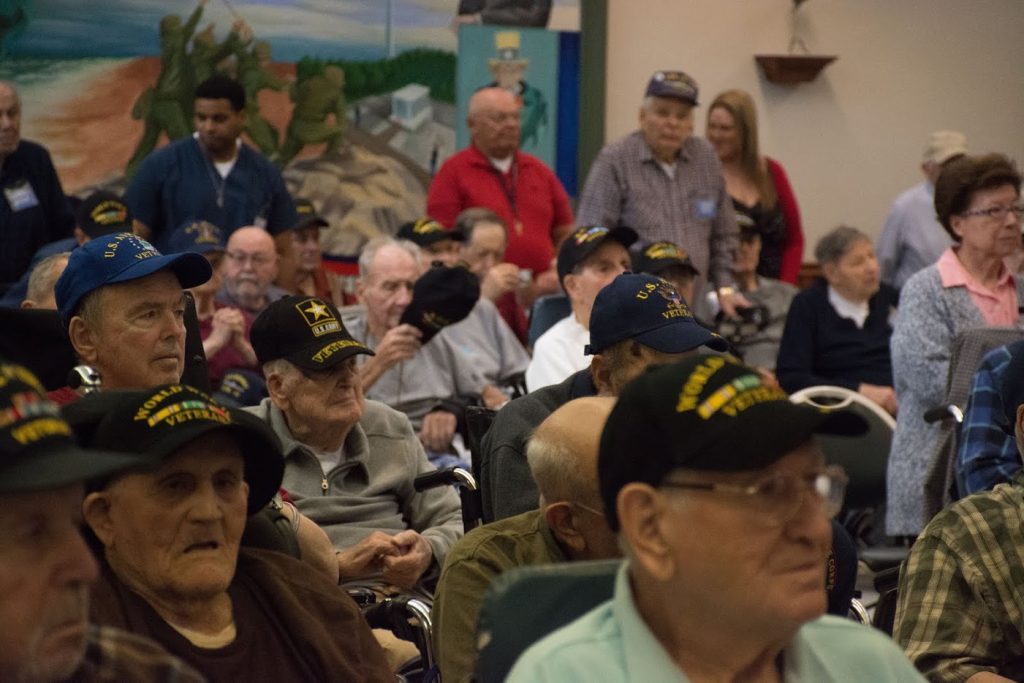 But to brighten the spirits of these men and women, they were each given a new hat bearing the branch of service’s insignia in which they served.

Nancy Gaugler, an administrative assistant in Research Technologies, serves as the Community Service Committee chairwoman for the United University Professions (UUP) union on campus. She organized a collection of money, called “Hats for Heroes” in which a $5 donation not only gives a veteran a new hat, but also a feeling of appreciation from a stranger.

“After we collect the hats, the home has a ceremony where we ask them what branch of the military they were in, thank them for their service and give them their hats,” Gaugler said. “It’s a great deal of satisfaction. They get about 250 new veterans coming into the home each year, so it has been a very popular program there.” 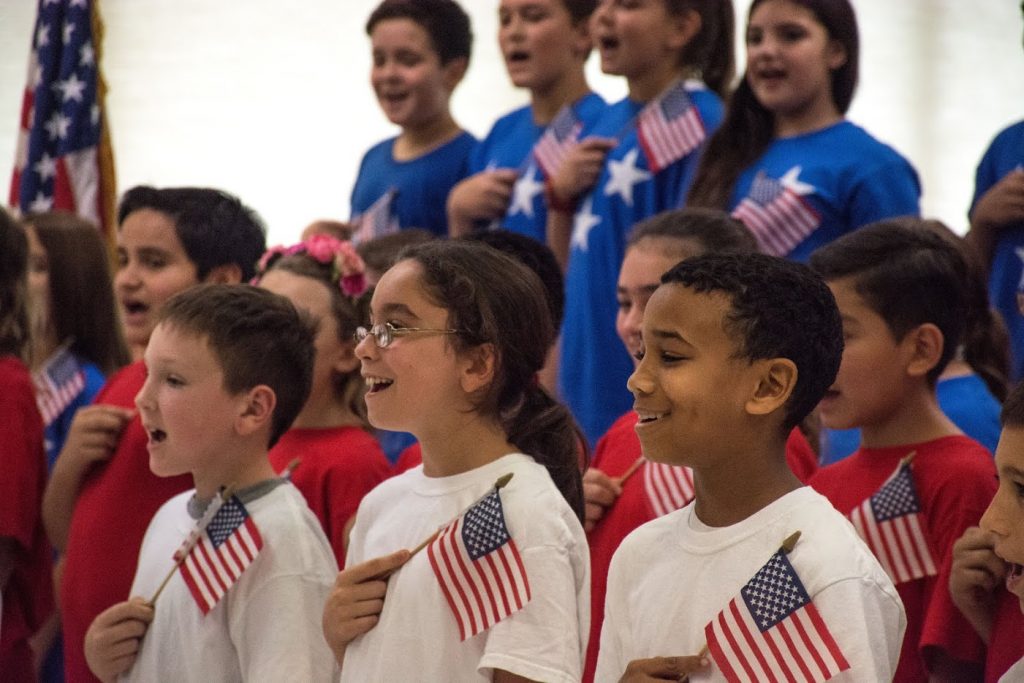 And this year was no different. The ceremony featured messages of thanks and praise from Kenneth Kaushansky, the senior vice president for health sciences and the dean of the school of medicine and Stony Brook University, as well as New York State Senator John J. Flanagan, Father Peter O’Rourke, a Catholic chaplain at the Veterans Home, Rabbi Joseph Topek, the Jewish chaplain and Reverend Gregory Leonard, the Protestant chaplain, as well as readings from a number of veterans.

But, by far, the special guests that brought the biggest smiles to the faces of the veterans was Mrs. Grossman and Mrs. Mahony’s 5th grade class from New Lane Elementary School.

The students sang “This Land is Your Land,” I’m a Yankee Doodle Dandy” and “You’re a Grand Old Flag,” along with the “Salute to the Armed Services,” which covers the songs of the U.S. Army, Navy, Marines, Air Force and Coast Guard. Many veterans began humming, singing and tapping along to the tunes they knew so well. The New Lane Elementary School children finished strong with “God Bless the USA” and “God Bless America.” 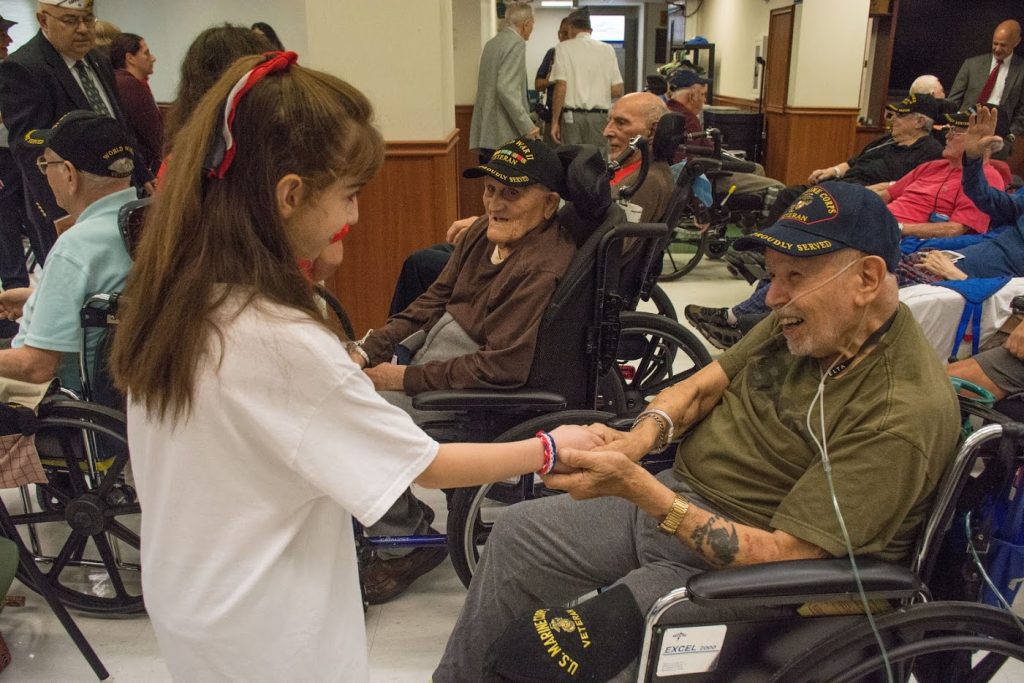 After their performance, the children made their way over to the veterans, each proudly wearing his or her new hat, and shook their hands. Onlookers held back tears and some let them flow freely.

“It was absolutely beautiful. Very touching. The children were amazing,” Eliana Oranges said. “Because he was crying, I started crying too,” she said of her husband Dino, a WWll veteran who has been at the home for 4 months. “He’s very happy here. There’s a lot of love around.” 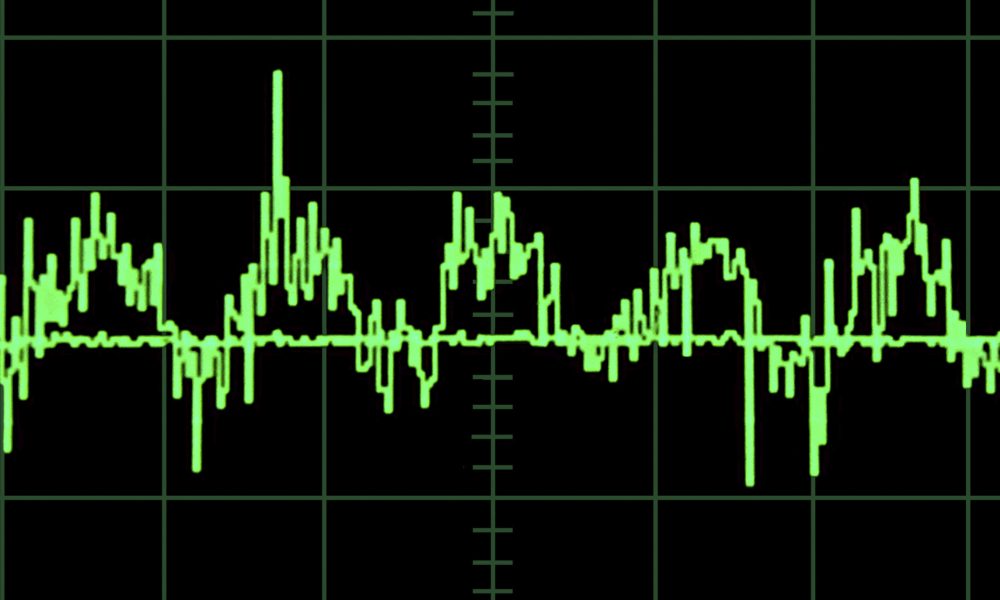 The Future of Sound 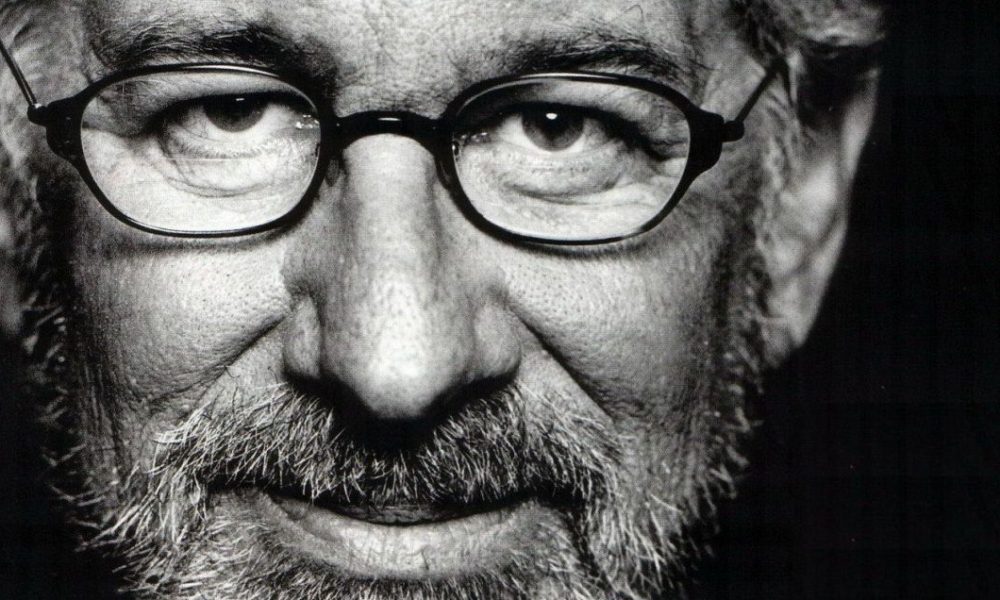