A serialized play with new installments every week. The plot is fairly simple at the start: it begins as a one man show. The actor plays Professor Willie Johnson and pretends to teach the audience a type of natural philosophy called “chemistry.” The conceit of the show is that we, the playgoers, are Johnson’s students. This is a device used in nearly all Science plays—a way to let the audience feel engaged with the performance.

Johnson clearly both despises and fears his students but this is hidden beneath a veneer of saccharine well-wishing. It’s a subtle and naturalistic performance. “I hope you all learn to love chemistry as much as we do this semester, and have as much fun learning it as we have teaching it,” he announces in a dead monotone to start the play. He then begins un-animatedly reciting “PowerPoint Slides”—images projected on the wall behind him which, comically, merely restate what he says.

If the play sounds boring to you so far: it is. The aim of Science is radical realism—perfect imitation of the feeling of life—and life is really boring most of the time. However Science, sadly, gives into the pressure to entertain, and the plot soons begins to thicken and rise like a yeasty artisanal bread. Why is Johnson so rigid and bitter? Why is a class about natural philosophy— purporting to teach fundamental secrets of the universe—so boring?

The questions only continue to build. Johnson assigns homework to the class through an interactive computer system called ALEKS. He describes it as a sort of friendly, anthropomorphic learning sidekick and guide. When I logged into the thing in between shows—a neat interactive feature for playgoers—it quickly became clear that this was a joke. The playwright has borrowed heavily from the Battle Computer in Ender’s Game, Hal the psychotic A.I. from 2001: A Space Odyssey, and the boulder from the myth of Sisyphus in order to create the character of ALEKS.

ALEKS’ interface is absurdly and childishly bad. This is a defining characteristic of “homework programs” in Science plays—a sort of running joke that scientists can’t design good science education programs. It becomes clear that the company that designed it had a single purpose: to extort money from the students while providing zero value. It’s also clear that the company’s programmers are sadists (in a gritty, Faulknerian turn, it’s heavily implied that they’re monitoring the suffering inflicted on the students by ALEKS and, presumably, masturbating to it). One is led to wonder: why does the professor do this to his disciples?

We find part of the answer by looking to the “students.” I was quite bothered at first by audience chatter: how tiring their latest gym workout was, how little sleep they got because of “powering through” a late night study session, and how overloaded their self-selected class schedule is. Then I realized with delight that even real people aren’t this inane. That’s right, actors are spread throughout the theatregoers, actively playing students in Johnson’s class and reciting dialogue. It’s the modern equivalent to a Greek chorus. Instead of commenting on the action of the play in unified and beautiful song-interludes, they each individually comment on their own vacuous lives all at once and as the main character speaks.

The cacophonous chatter explains the character of the professor. We see that he isn’t the villain we thought. Is he being controlled by some sinister, money-making conglomerate which runs the university? Sure. Is he getting research funding in exchange for submitting the students to the exorbitant prices of the useless “Turning Technology” clickers and the disgusting predilections of the ALEKS programmers? Yes, of course. But people are all flawed, and Johnson, at least, has passion and drive. He cares deeply about a single, beautiful (though imaginary) thing: chemistry.

And then we see the real antagonist: the students (and by implication, us, the audience). It’s a delightful reveal. In the world of the play Johnson is a sort of prophet—he holds in his mind fundamental secrets of the universe—the keys to reading the book of nature—axioms that can allow us to predict the future, unveil the past, and bend nature to will. And his disciples would rather chitter about their thoughts on the ending of Gone Girl or their fatuous day than pay attention for a paltry hour. What prophet wouldn’t be embittered?

Starring Anthony Hopkins, at the Javits 100 Theatre for the Performing Arts, Monday, Wednesdays, and Fridays at 9:00 a.m. during the academic semester. Unlimited run.

A rip-off: introduces a host of molecules and forces and races through all of them too quickly for any character development. Everything is left unresolved or incomprehensible. Ends in a cliffhanger and you have to pay to see the sequel, Todd Tutor: Organic Chemistry, in order to get answers and conclusions. Not recommended.

At the Javits 100 Theatre for the Performing Arts, Monday, Wednesdays, and Fridays at 10:00 a.m. during the academic semester. Todd Tutor: Organic Chemistry at The Frey Hall Stage, select dates. Unlimited run.

This has all the pieces that made General Chemistry a classic in the Science genre: a made up, recondite field of natural philosophy; a white guy in the lead role; a chorus of chattering idiot-students; perversely expensive textbooks; and stupidly poorly made homework software. But the actor in this botched the performance. He was likable, understanding, and entertaining.

The show becomes equal parts wry stand-up and wise advice. The idiot-chorus slowly quiets as the performance progresses, and in the end we all end up simply learning about life and mathematics. The play seems to be trying to say that good teaching is still possible through will and effort, even when your students are monstrous to you and most of your job is controlled by the shadow-council running your university.

As a warning to you theatregoers: I’ve been told there are actors like this in every subgenre of Science. They simply don’t get the point of it and botch the thing by putting on conventionally “entertaining” and “educational” performances.

A lot Molecular & Cellular Biology feels redundant if you’ve already seen General Chemistry: both follow nearly the same format and have a bitter white guy—a Doctor Willie Richards this time—as the lead. Everything just seems like an attempt to repeat concepts from General Chemistry but on a larger scale.

Where we had atoms in chemistry we suddenly have cells and organs in biology. Where we talked about one hydrogen bond in chemistry, we suddenly have in biology…I don’t know…probably dozens of them holding together DNA strands. With Biology it’s all a mess—it’s unclear why anything does anything and it’s just not believable as a science.

There is humor in the character. Richards insists throughout that biology is a real science, with universal principles, but then keeps saying that the best way to study is by listening to his particular, droning lectures over and over again. Richards also clearly thinks the arts are a useless trifle when in fact he badly needs the performance and communication abilities that classical theatre and literature would’ve given him. He’s great at understanding genes and cells, but struggles to interact with them once they take human form.

The play does illuminate some of the mysteries of General Chemistry. Viewing this I finally realized that the “Turning Technology Response Cards” are the source of the idiot-chorus.  Students get points even if they’re wrong—the clickers don’t in fact encourage participation at all but rather just encourage showing up to class and jabbing buttons to get half points or a lucky right answer. This puts focus back on the bigger question: why are the lecturers forcing the students to get all these useless things: the university-branded textbooks, the “Turning Point” clickers, and ALEKS and the other useless homework software?

While it’s never explicitly stated the clear theme of the science plays is that true connection between people, and thus communication and education, is impossible, and that universities are actually mammonistic businesses run by pale shadow councils to fund their immortality research.

At Javits 100 Theatre for the Performing Arts Tuesdays and Thursdays at 11:00 a.m. during the academic semester. Unlimited run. 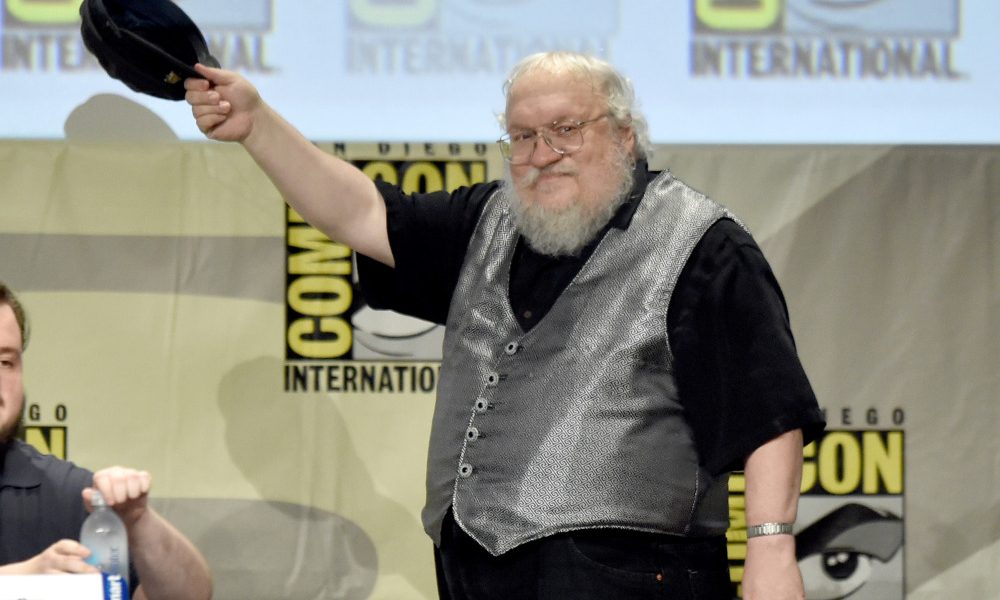 No Plans to Complete A Song of Ice and Fire 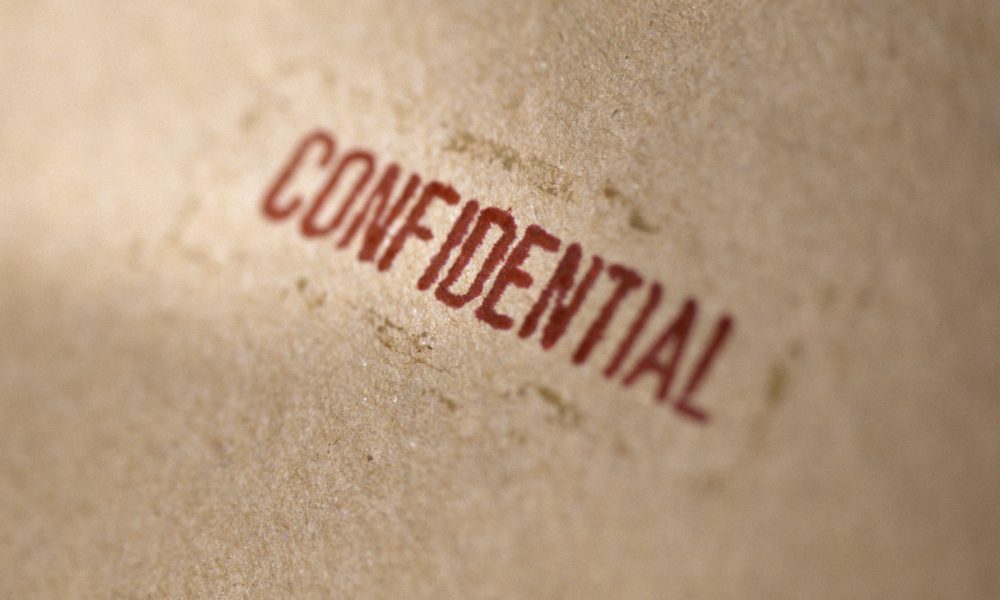