“Salaam-Alaikum,” said sister Sanaa and turned the microphone towards the audience, as the auditorium reverberated with a resounding reply of “Walaikum-As-Salaam.”

“This is a night to mourn but also a night to celebrate lives,” said Sister Sanaa, the Chaplain at the Islamic Society at the university’s Interfaith Center, as a photo compilation of the three victims played on the screen and the intro to “Stairway to Heaven” played in the background.

“A member of my sorority reached out to me and I thought it would be a humane thing to attend it,” junior Amy Fivis explained. Fivis said that her mixed Jewish and Christian heritage and  Chinese ethnicity made her feel that tragedy had  no boundaries and, in an unusual way, she said, she felt akin to the victims.

Most of the audience wore traditional Muslim garb, but those of different backgrounds could be seen listening intently to the speakers. The speech from Sister Sanaa was followed by two separate recitation of verses from the Holy Qur’an.

“He said to me, if there is a vigil, I would like to make a prayer”, Sister Sanaa said introducing Rabbi Joseph Topek, representing the Interfaith Center. “Religious peace has not always been this way. We still have reason to be concerned,” Topek said. “We must look beyond the turban, the long shirt with the beard and the hijab.”

Graduate student, Lisa Shah, added that she wasn’t too surprised at the huge turnout. “I mean, it’s Stony Brook. I’m actually not that surprised to see so many different people here tonight,”she said.

Some members of the Muslim Students Association recited poems they wrote and one of them read out a text message from Deah Barakat’s friend, Mr. Yoseph Saleh, who was unable to attend.. In the text, he described Deah as funny, goofy and a remarkable human being who had a “smile that could light up a room.” 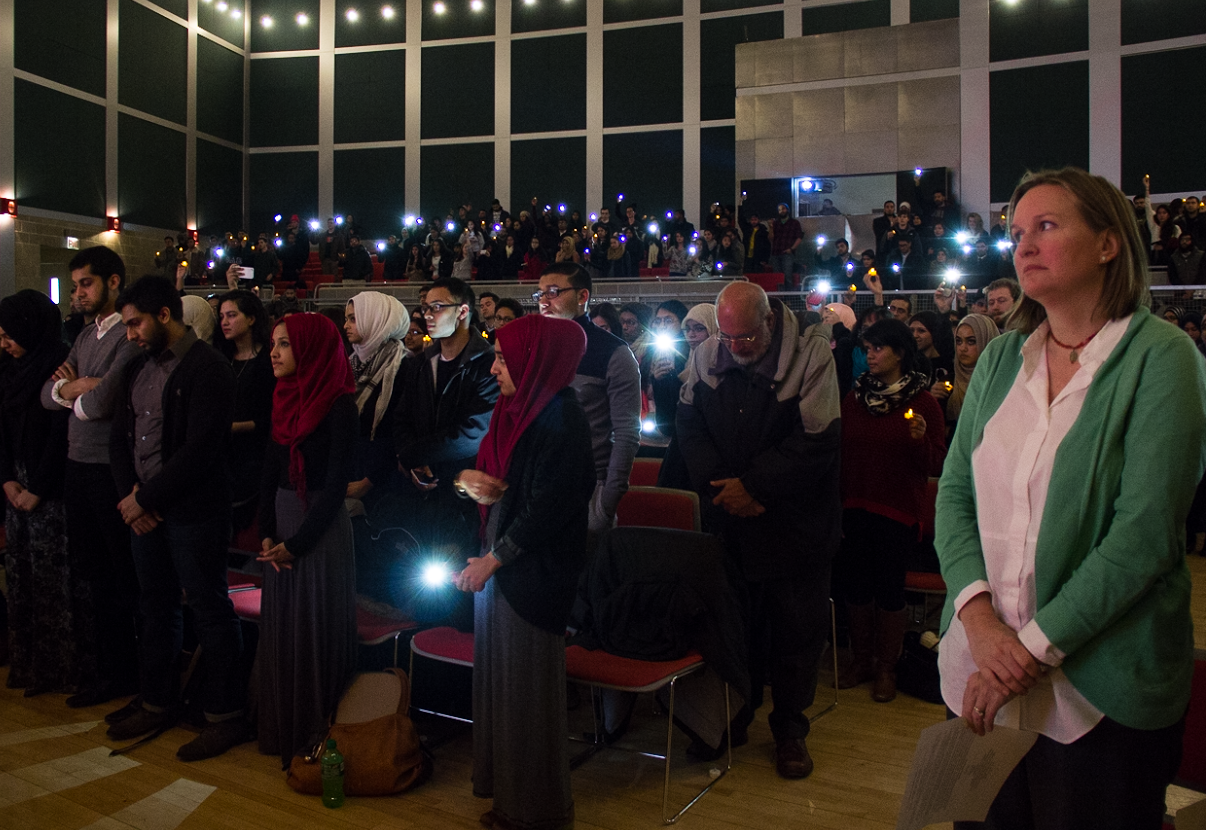 Representing the Dean of Students office, Dr. Ellen Driscoll was called on stage and expressed her concerns saying, “We are not so different from them. We too have been brought to tears by trauma and tragedy.” Driscoll urged  Seawolves to always strive to create a better tomorrow and recommit to the Stony Brook community pledge.

The Assistant Vice President for Campus Safety at Stony Brook University, Chief Robert J. Lenahan, compared the tragedy to nothing less than the brutal burning of the Jordanian pilot and the decapitation of the 21 Egyptian Coptic Christians by ISIS. “Condolences to the Muslim community. We are here to support you and the concerns of all the students on campus.” Chief Lenahan also mentioned how the campus police has strengthened security around campus since the tragedy and talked about their “zero tolerance policy” towards violence. “Do what you want to do on campus, safely.”

Dr. Aziz Chaudry, a Stony Brook local, expressed his concerns over the murders saying, “I constantly feel for my children.”

A history teacher from Queens, Peter Casey said, “It’s really impressive to see such a diverse and supportive community here tonight.” As one of the organizers of the vigil, the president of the Stony Brook Muslim Students Association, Mudassir Syed, looked at the full crowd and expressed that it was a testament to the strength of  the Stony Brook community.

Representatives from the Sigma Rho Fraternity, Inc. also took the stage to convey their message of equality among people of  all races, classes and sexual orientations.

The ceremony concluded with lighting of candles while a picture of the three victims was projected on the wall. Some people hugged each other, and those who didn’t get a candle, held up their smart phones, as the auditorium was bathed in the glow of disoriented orbs of light. 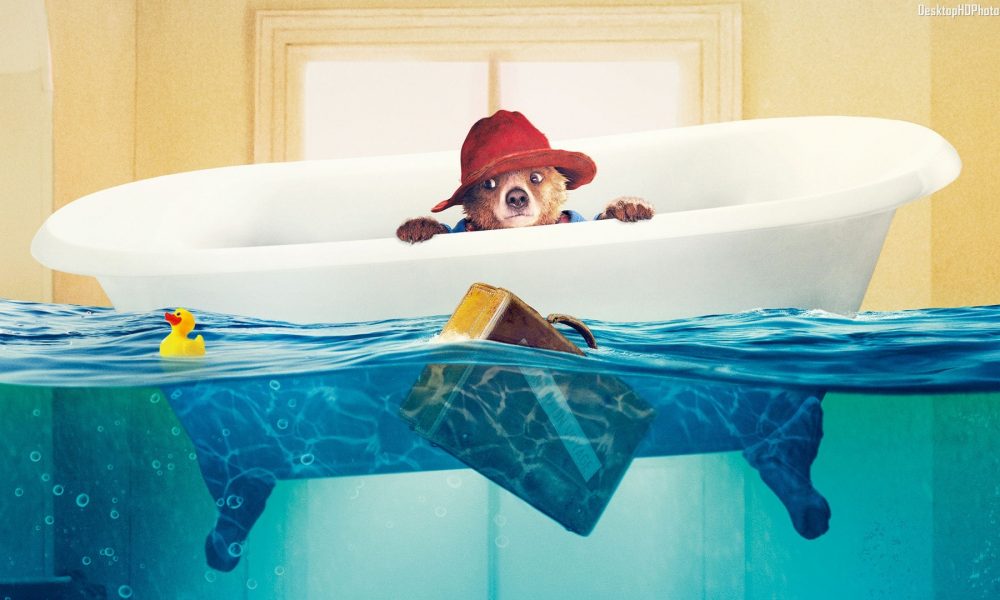 Is Paddington More Than A Bear?