“I’ll never forget the look of pain in my uncle’s eyes as he lay in a hospital bed with dengue fever. But more than that, I’ll never forget seeing the long line of people outside of a tiny clinic in India waiting to get treatment for mosquito-transmitted diseases,” 19-year-old Ruchi Shah says to a crowd of women at the Forbes Women’s Summit in the spring of 2013.

“Now I was 15-years-old at the time, and I was trying to think of ways I couldn’t forget those people and I knew I had to make a change,” she continued donning a black pantsuit accessorized with a slim braided crown pinned to her long black hair. “And that was when my journey began,” she said.

As a sophomore at Sachem High School North, Shah discovered that some people are more attractive to mosquitoes due to certain levels of ammonia while creating artificial perspiration in her parent’s garage with lexan sheets and tubes from Home Depot.

Turning down other universities like Northwestern and University of North Carolina Chapel Hill, Shah was accepted into Stony Brook’s prestigious Scholars for Medicine program right out of high school—admitting the 18-year-old into the School of Medicine.

In the spring of her second year, Shah got an email from the New York State Small Business Development Center for Stony Brook Entrepreneurs Challenge 2014.

Having developed the initial product, Shah saw the opportunity to make a once aspiration into a tangible reality, reaching those who had inspired her.

“I had this idea, and I wasn’t really sure what to do with it,” said Shah. “Ok, I developed this, but I don’t really know how to bring it to people or bring it to the market.”

The competition gave her the opportunity to pitch a strategic business plan to what the email called a panel of “experienced venture funders, entrepreneurs and business services professionals.”

She met with advisors at the center who quickly turned the one-woman production to a team.

Shah won first place along with the prize of $20,000. She went on to both regional and state competitions, where she added $16,500 to her startup capital.

“I always saw myself as more of a scientist than an entrepreneur, but I think entrepreneurship is an inherent part of science,” she said. “In a lot of ways, the experiences I’ve had and the opportunities at Stony Brook, like being involved with the Small Business Development Center and having a chance to go and pitch my business plan in front of investors, made me realized that anyone could be an entrepreneur.”

In May, Mosquitos Be Gone LLC was approved by the state with 20-year-old Shah, listed as CEO.

Omid Esmaili’s iPhone buzzed to the “strum” sound at 6:45 a.m. He hit the snooze button once and the third alarm was only 15 minutes away. Today, he got a generous two hours of sleep. Esmaili spent the night tweaking line 263 of “colltures-new.”

To non-techies, that would simply be editing the AutoFill feature for iOS 8, but for the young app-developer, it’s five hours of hard labor.

Colltures LLC is in its seventh version as its over 3,660 users tap update on their smartphones.

“Colltures is an application that’s going to change how college works,” said Esmaili. “It lets you see a live feed of what’s happening on and off any college campus.”

The first version opened to the University of Tampa, where Mr. Esmaili spent a semester “visiting” friends as he promoted the beta app.

Esmaili is the first person in his generation of his family to go to college.

“I didn’t know what to expect,” he said.

He enrolled in the first school to peak his interest during the tour season. After two weeks, he realized it wasn’t what he wanted. With a heavy course load and superficial college antics, he had no time to go out of the way to meet new people with similar interests.

He continued, “I thought there has to be a better way to see a college’s atmosphere.” Listening to Asher Roth’s “I Love College,” he realized, “I fucking hate this.”

‘That party last night was awfully crazy. I wish we taped it,’ Roth’s voice came over the speaker.

“I was like, ‘Shit, why don’t I film what goes on at different colleges,’” Esmaili said. “But that wasn’t rational so I thought; why don’t I make an app to let people tell their own stories?”

He teamed up with his 16-year-old brother, Arman Esmaili, to create Colltures and enrolled at Stony Brook.

It became every freshman’s wet dream of how to virtually be in every club, cheer on every sports team and make it to every party—shoes on.

Users must have an .edu address to access various clubs, organizations and any other collegiate happenings.

Esmaili has met with potential investors from Silicon Valley to the Flatiron District and hopes to spread his user base with the latest version.

Isaac Doustar scrolled through his Facebook newsfeed when Buzzfeed’s “This Woman Had Her Face Photoshopped In Over 25 Countries To Examine Global Beauty Standards” lit his screen.

He immediately copied the link and sent it to Stony Brook alum, Bash Naran.

“Dude, this is what Doucce does—we’re an international [cosmetics] brand. That’s our niche,” Doustar furiously texted in the middle of reps at the campus recreation center.

Naran suggested that Doucce hold an event showcasing their own international spread.

The “Discover Your Individuality” event is set to launch in February.

Doustar started at the company founded by his father, Moe Doustar, in 2001 in the warehouse. a few years later he was named COO—one step from CEO, which he hopes to alleviate his father from in five years.

In his last year at as a business and economics, Doustar checks his email in HIS 368 “Wealth and Inequality in the Modern Corporate Age.”

His deal with Glossybox, a subscription service for cosmetics and skincare products, closed earlier in the month.

“My laptop is always open. There’s no clocking out,” said the self-proclaimed

Traveling back and forth from campus to meetings both in Manhattan, and at the company’s primary office in Great Neck, Doustar sacrifices sleep for grades and grandeur.

Doustar described his typical week, “I have classes Tuesday and Thursday. I go back home Friday morning—early, spend the weekend in the office and have Mondays and Wednesdays to schedule meetings.”

During the first meeting he sat in on, one of Doucce’s mascara suppliers asked how long the young man sitting across from him in a suit and tie had “been in the industry.”

“Where did you go to school?” questioned the representative.

“I’m starting my freshman year in the fall.”

With a look of disbelief, he said, “You’re kidding.”

He has personally pulled in five partnerships and clients.

When his latest deal breaks, Doustar says he is anxious about taking a five-figure check to the bank.

“It’s a little bit too high. How does that even work?” joked Doustar modestly. “I’ve never had to deal with that.

“If you know what to do with your money, you invest it properly,” he said.

Besides Doucce, Doustar has his hands and eyes on multiple investments and projects—but not without enjoying his success. Doustar says he’s been spoiled and now needs a table and bottle service when going out.

“I think the problem is, everyone is going for something safe. Everyone is pre-med, pre-heath, pre-something,” noted 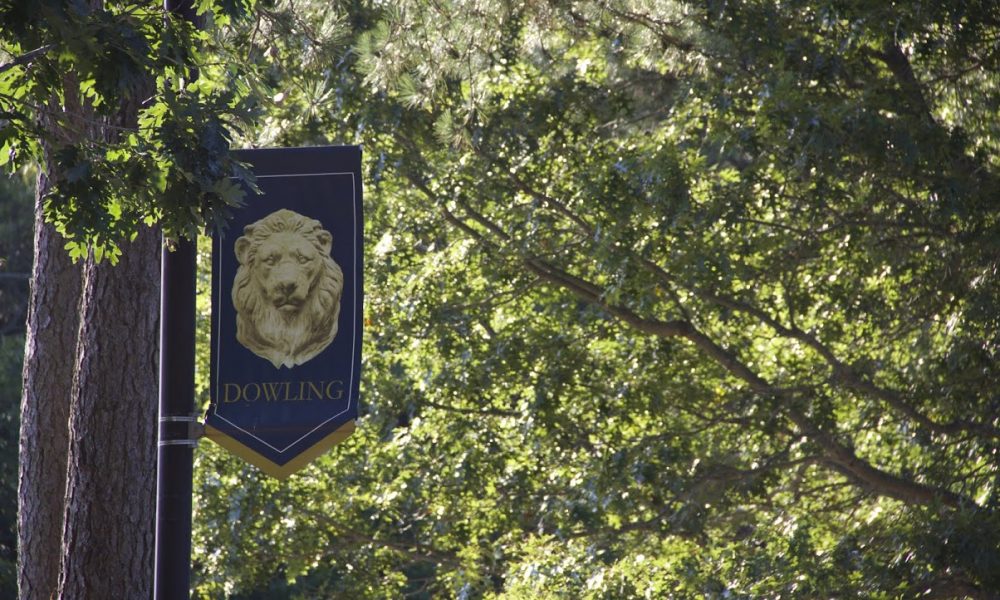