Based on a true story…
I step through the dark parking garage.  My steps echo off into oblivion, which isn’t far coming.  These sounds felt as if they were my last.  It’s a funny thing, being about to die.  The walls of your reality collapse and you say to yourself, “I’m not ready for this.”
“Follow the BLOOD” (“BLOOD” is written in capital letters) is scrawled in blood on the wall.  My wavering eyes follow the smeared trail from the words which lead into the darkness—broken by the blazing headlight of a white SUV.  I freeze. My hairs everywhere rise from my terror. I am met with the cruel visage of Carl Bernstein behind the wheel.  He glares at me baring teeth, thirsty for blood…
It all started at my computer desk.  A simple day, the sun was shining and life was pretty okay.  I was an ambitious young idiot who wore a satchel and studied the liberal arts and wrote for my school newspaper.  I had just been accepted to Stony Brook University, in their journalism program.
They call it the School of Journalism, or J-Skool and I was a strapping lad looking forward to make my way in this new world. I was completely ignorant to the bloodshed and heartache that await me.
The J-skoolerz are a motley lot, which is a kind thing to say of them.  They upturn their heads to reveal cavernous nostrils dripping mucified pomposity. They talk a jive which stings the ethical soul into unself-confidence.  You doubt your existence in those parts, for it is a doubtful one.  The winners are the ones who sharpen their smiles to match their knives. Knives, which are kept below their sleeves and saved for handshakes and follow-up emails.
I imagined it being all fun and Hunter Thompson. Instead, I was shot down on the pavement by the accuracy F.  Accurate is when the knife lands in yer throat and cuts deep.  “Deep Throat,” they call it. And, when you have that, you can’t take your coffee red, fresh, and exsanguinated from the interns as preferred.
But by what sins am I to face the guns of J-School?  Forgive me.  I never bought the reporters notebook.  The spirals scratched my wrist.  At least I’m not a bad person.  My smile was dull but so am I so what do you expect?  Is my sin weakness?  I gagged when I saw the heads of my colleagues in the freezer.
I looked down from the fourth floor and dreamed of the happy people.  All I could see were clouds and gray.  My tears dissipated two stories down, absorbed by the gray skies among the tears of others who suffered the same.  I did something different, though.  I saw the stairs—I knew where there was hope and I had a chance. As the J-skoolerz tell you, take it and cut them down!
I retreated from the crumbling towers of the fourth floor of the Melville library.  I made it down to the surface to the foot of my former masters. I snuck in below to the office of the Sustainability Studies.  There the doors swung open and I was met with Heidi Hutner. She was garbed in angel wings and divinity—light and hope coming from her back.
I wiped my butt with The Statesman. I set ablaze The Independent. I left a ten hour loop of Team Rocket’s Hideout theme playing in The Press’ office. I tore down my posters of Arielle Dollinger. These myths aren’t my own. This news is not fit to print but it will be anyway.
I liberated my mind and closed the freezer.  There was a draft and I became sick of seeing the limbs of my colleagues. 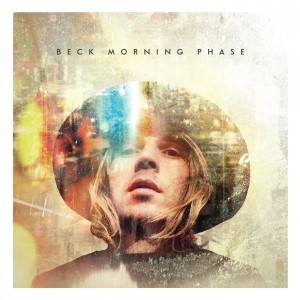 5 Bands You Should Know About