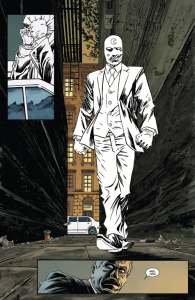 The newest volume of Moon Knight once again attempts to re-imagine the C-list vigilante with psychological issues and a penchant for dismembering his enemies. Unfortunately, there have  been so many unsuccessful relaunches of the character in recent memory, that the process loses its gravity, even with comics legend Warren Ellis offering his own take on the character. It doesn’t help that the newest incarnation is still derivative, just in a different way. Mark Spector abandons his trademark cloak for an immaculate white three piece suit and mask, and acts as a “specialist” who assists law enforcement with bizarre cases they don’t have the resources or the background in batshit insanity to handle themselves. The extent of Spector’s transformation is going from being a Batman knockoff with crescent shaped darts, to being a Sherlock ripoff with crescent shaped darts. To artist Declan Shavley’s credit, the design of Spector’s suit is fantastic in its minimalism. The way he appears in entirely monochromatic black and white amongst lived in dingy alleys and underground passages makes him stand out in every scene he’s in because after all, he wants his enemies to see him coming. The five people (myself included) who know about the character might be annoyed with how Ellis retcons the hero’s psychological issues, but it also offers potential interesting storyline elements. Despite an underwhelming first issue, Ellis laid the foundation for a series that has a lot of potential to improve, due to the track record of the creative team and if not, there’s always the next reboot we’ll read in two years time. 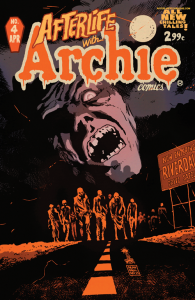 Over the past few years, Archie Comics has made a push to modernize its brand of comics in a number of ways, such as introducing its first openly gay character to Riverdale, bringing in television writers like Lena Dunham to pen upcoming stories and throwing in as many hackneyed and dated pop culture references as possible along the way. Obviously, nothing shouts modern like a zombie centered spinoff comic, but at this point the publishers need to try anything to spice up a love triangle going five decades strong. Despite a premise that reads like basis for fanfiction written by a 15 year old with anger issues, the execution is surprisingly solid, thanks in large part to its artist Francesco Francavilla. Francavilla’s art evokes the classic horror aesthetic relying largely on a limited color palette that conveys mood and action flawlessly. The series stumbles at times when it decides to take itself too seriously. When Roberto Aguirre-Sacasa attempts to elicit genuine pathos or rewrite characters into darker caricatures of themselves, and then try to humanize them by the next issue, it comes off as if he’s trying to elevate the series when it should embrace being schlock. 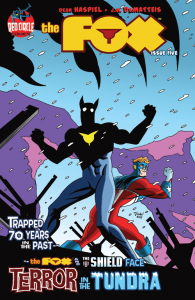 The Fox continues to be one of the most consistently fun superhero books being published currently. The book is hardly groundbreaking, but its strength is in its execution. Artist Dean Haspiel is probably one of the most underrated artists working in the industry today. His animated and expressive style gives life to the characters and action, and gives the likes of legends like Bruce Timm a run for their money.  Haspiel’s designs are incredibly Kirby-esque at times, but also shows his creativity, especially in the look of the villain “The Druid,” even if his name isn’t the most original. While Mark Waid only wrote the dialogue of the previous four issues and Haspiel drew out the entire plot, veteran J.M. DeMatteis scripted this issue, and as always, delivers a solid story. The book evokes a vague nostalgia for 90’s superhero cartoons and  Silver-Age comics all at the same time. The fact that the issue is relatively self contained also makes it a great starting point for new readers and showcases the strengths of the book. For anyone interested in great superhero stories that are reminiscent of the 90’s DC cartoons, The Fox is a must-read.

In issue #29, Greg Pak wraps up the first arc of his, thus far, solid Action Comics run that began at issue #25. The story delivers on characterization and pathos, the most important parts of a Superman story, but leverages the emotion with great action. The plot weaves together an ancient civilization, a Native American ghost-warrior, giant kaiju-style monsters, character and relationship development, and a new threat in the form of a mysterious paramilitary group. Aaron Kruder’s character and creature designs continue to impress, and his high-detail pencil work renders them in gory but spectacular detail. Hopefully the new characters introduced in this arc, including members of the aforementioned ancient civilization and the adorable shapeshifter Baka, can be used to greater effect by Pak in future stories.

Though the dialogue is great and the setting and plot are ripe for some 1980’s-styled edgy pulp action, Brian Ruckley and Alberto Ponticelli’s introduction of the classic 2000 A.D. character, Rogue Trooper, to IDW’s publishing line falls flat. The stories in 2000 A.D., the weekly British comic anthology that’s most notable in the U.S. for being home to Judge Dredd, are prized for being very compressed and to the point, something that Ruckley misses entirely in this first outing. The whole story, while featuring some fun action, struck me as a typical 6-page 2000 A.D. tale expanded to a 24-page American-style comic with little done to ease the transition. A small amount of world building is accomplished between explosions, which along with the rest of the art, are rendered in a very black ink-heavy style which comes off less gritty and more sloppy. Ponticelli’s action is very static and drab, along with the color pallet accompanying it. If Ruckley can learn to get more plot into fewer pages by the next issue, this series might just be interesting, but this isn’t a great starting point. 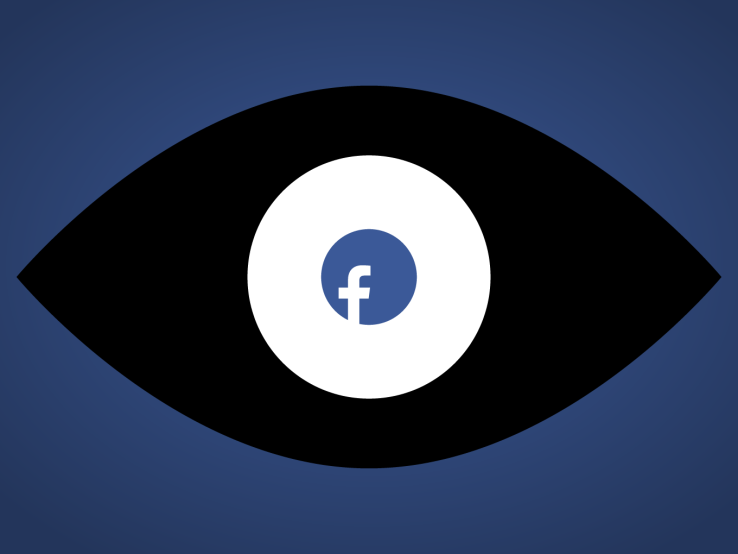