A cast full of A-list stars doesn’t always equal an A-list film. When those A-list stars include Javier Bardem and Brad Pitt, and the film comes from veteran director Ridley Scott, an A-list movie might be the expected result. But not always. Scott’s newest crime thriller, the Counselor, is a mash-up of sweet and sour moments that leave the audience feeling disturbed, with the realization that not all stories have a happy ending.

The Counselor follows the story of a lawyer known only as “the Counselor” (Michael Fassbender) as he enters the business of cocaine trading, which could potentially lead him to everything he’s ever wanted, while destroying everything he’s ever loved. Emotions run high when it comes to the Counselor and his great love, Laura (Penelope Cruz), but as for the remainder of the first two-thirds of the film, there’s a whole lot of chatter and not a lot of action.

While it’s understandable that quite a bit of planning probably goes into trading cocaine at the Mexican border, the audience doesn’t necessarily need to know every detail. This is a film filled with conversations, spruced up with characters like Westray (Brad Pitt), a cowboy of a middleman, and Reiner (Javier Bardem), who shares with the Counselor a cringe-worthy anecdote about how his current girlfriend Malkina (Cameron Diaz) fucking the windshield his car was “too gynecological to be sexy.”

While the script left something to be desired, the acting made up for any clunky dialogue or boring lulls. Michael Fassbender is as believable as they come in the Counselor, easily becoming the epitome of a man out of options, trying to find a way to save the woman he loves after making a irreversible mistake. His pain rolls off the screen in waves and makes the last few moments of the film resonate in a way the rest of the film failed to.

As the film’s resident seductress Cameron Diaz stole the show. Her character, Malkina, had a depth and mystery that was surprising looking back on other roles she’s played recently (I’m looking at you, Bad Teacher). Malkina portrayed the one character that simply didn’t make any sense. She was a mystery and plays a role that not many will anticipate.

The Counselor as a whole was a good film that had the elements to be great, if it only had a better script. It seemed as though the writers woke up toward the end of the film, throwing in intense scenes of action and death that hooked the audience in a way it should have been from the beginning. With the introduction of a grotesque killing machine that sent blood spraying onto bystanders and the saddening losses of characters you wished you’d gotten attached to, the ending of the film made The Counselor memorable.

With all of its faults, The Counselor is still a film to see. Here’s to hoping Scott and his writers take this as a learning experience for their next venture. 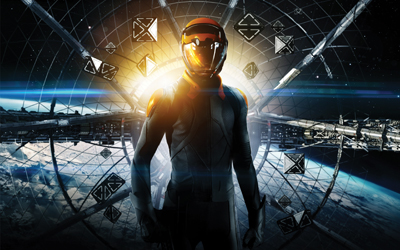