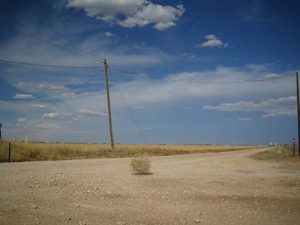 We here at The Stony Brook Press have been kicking around the idea of writing about weekend life activities for quite some time here. However, the brainstorming would almost invariably turn into an open forum for editors and staff members to make jokes and complain about how “weekend life” is something that doesn’t really exist, which would be why so many people pack their bags and head home for the weekends.

The numbers really do show that the Brook doesn’t empty out nearly as much as it did years ago. That being said, I can’t imagine how empty the place was back in the days prior to 2006, because the place does empty out quite a bit, especially over extended breaks when the place becomes a damn ghost town. That situation becomes a whole mess of boredom unto itself that we won’t even begin to get into here.

Sure, there are plenty of reasons to want to head out. You could want the comfort of your own bed, a home-cooked meal, to hang out with friends that don’t attend SBU or chill with pets. The reasons are seemingly endless.

However, the University should make a real effort to keep students around on weekends, because for a significant number of students, this is their home for the majority of the year.

On the various occasions that we have began research on the topic over the past 10 months or so, we would look at the events planned and outlined on the emails sent out by the Weekend Life Council. After all, it was the sole purpose of said council to provide a reason for students to stick around on weekends.

What was so surprising was that the majority of these events took place prior to the actual weekend. The latest they’d usually take place was on a Friday evening, some even taking place on Thursdays while classes were still in session. We ran a piece examining this weird occurrance, but never really investigated deeper.

Further into this very issue (on page six, to be exact.) The Press’ veteran Features Editor Alyssa Melillo takes a deeper, more thoughtful look at the topic of weekend life, which I strongly suggest you give a read, as it really is very good.

From Ms. Melillo’s findings it appears that the folks on the Weekend Life Council have been making a legitimate effort to keep people around and have been doing a better job as of late with their event planning and whatnot, but I haven’t noticed it personally.

Who knows, maybe we’re just looking in the wrong places.