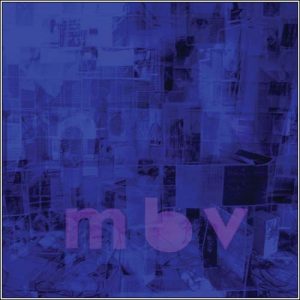 I could sit here and dwindle my allotted word count away with allusions to just how many years it’s been since My Bloody Valentine released their legendary last album Loveless (spans four Presidential administrations, Seinfeld was on its third season,

Nirvana’s Nevermind came out barely a month earlier, if their last album were a person it would be legally able to drink, etc), but it would be a shame to let it overshadow just how good their torturously long-awaited follow-up turned out to be.

Despite its unimaginative title and lame album art, mbv not only avoids embarrassment, it exceeds expectations and serves as a worthy successor to My Bloody Valentine’s previous classic.   Unlike the immediate and hard-hitting Loveless, the tracks on mbv stretch through building and winding song structures, revealing its layers and subtleties with multiple listens:  the violin screech in the split-second silence on “Only Tomorrow,” the rolling tremolo effect on “New You,” the ting of metal guitar strings overlaying the engine-like distortion on “Who Sees You.”  And underneath it all are genuinely catchy and uplifting melodies in soft-spoken voices that act as the center of gravity.

Although Chinese Democracy comparisons are inevitable, mbv achieved something the long-anticipated Guns N’ Roses release did not: transcend the legend of its supposed existence as a work of art of its own merit. Maybe we can expect another great My Bloody Valentine album in 2035.