Stony Brook University held its first ever bone marrow drive Wednesday, Nov. 17 in an effort to find eligible donors for people in need of a transplant due to blood disorders and cancer-related diseases.

Students were asked to swab their cheeks with cotton swabs, which were then sealed in envelopes and sent out to a laboratory for DNA testing. The event was sponsored by the German Bone Marrow Donor Center, which contacts anyone who is found to be a match and then coordinates with his or her local hospital to set up a time for him or her to come in and donate.

“I think it’s an incredible amount of time, leadership and effort in part of our student leaders which may save a life one day,” said Dean of Students Dr. Jerrold L. Stein, a registered donor since 1992.

Bone marrow is a flexible and fatty tissue that fills the cavities of the bones and produces red and white blood cells to help the body with natural functions and fight off diseases. Transplants are used to treat people suffering from diseases such as aplastic anemia, leukemia and lymphoma.

“I think cancer in itself is a really difficult condition to deal with,” said volunteer and sophomore Kevin Su, a Spanish major on the pre-med track. “But every step that we take is important, and I think this is one of those steps.”

According to coordinator and USG Vice President of Academic Affairs Derek Cope, the chances of finding a match are low with only two percent of the population on the bone marrow registry. He says that the main problem is the lack of education and misconceptions about the topic.

“I’m really passionate about this because I’m an aplastic anemia survivor,” said Cope, a senior health science and sociology major. “So, it’s a bone marrow failure disease. I’ve been treated in a cancer prevention center before, and I really understand the vulnerability the patients are going through.”

Cope says that people can donate marrow either through a process which involves inserting a needle directly into the bone while under anesthesia or through intravenous therapy, in which a machine collects the bone marrow while circulating the blood through a person’s body. Cope maintains that both processes are harmless and that the pain is minimal and will cease after a day or two.

“A lot of my friends have done it,” said freshman Talia Abreu, a psychology major. “And I just feel a little bit of pain is worth saving someone’s life, especially a kid. That would be great. Any life is worth the pain of this.”

The event was spread out among the Student Activities Center, the Campus Recreation Center, the Health Sciences Center, the hospital and the Cancer Center adjacent to it. 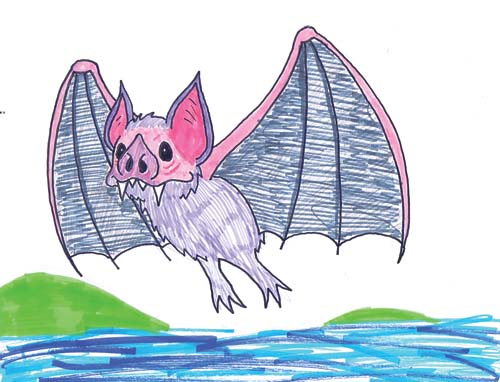