Nowadays we can all just walk around with one. They’re convenient, carry one in your purse, backpack, as an accessory to your belt or even as an ankle bracelet.  Why not make a fashion statement out of that which is already fashionable.  They come in lots of different colors just like the new iPhone 5C.  If you want to spend the cash on quality I suggest you pick one up from a specialty store. Of course cheap ones are sold at Walmart too, but what isn’t really?  I bet you I could find one pretty quickly on Craigslist if I was in a pinch, or my felonies finally caught up with me.

The As Seen on TV ad runs in the background of your average American home:

“Does being up close and personal to your victims freak you out? Cross-bows are just too complicated for your teenagers to use, aren’t they? Experiential studies have shown us that they’re even light enough for your toddler to use! Watch this clip of Little Tommy bringing it into his class for show and tell!” Katilin Roig speaks, “I’ve never been apart of something, obviously, anywhere near this traumatic.” The ad continues to play in the background as the Sue Klebold gets up to grab another pork chop. Her son, Dylan leans over on his chair to watch the tail end of the ad. “Now less expensive than ever! Get your Kill Button today for less than 50 dollars! Target accuracy guaranteed within 15 yards. It’s power like you’ve never imagined.” Quickly the voice over speeds through the last sentences of the ad. “Safety equipment highly recommended.  Professional training highly recommended. Storage in a specialty Kill Button safe highly recommended. None of the aforementioned are included in the price or available for purchase at this time.”

Jeffrey Weise caught the same ad Dylan did and decided to place an order.  Two weeks later the package arrives, he tears open the box with excitement and takes out his newly purchased Kill Button.  He pulls the plastic film off of the top of the large circular red button.  It fit so perfectly in the palm of his hand and felt just as sexy as he thought it would. He took it outside to try it on some squirrels, to get used to the feeling of it. Click: 9 killed, 7 injured.

The directions to his new toy never left the box before it was thrown out. “Not intended for use on humans,” the third paragraph on the second page read.

James Holmes had the same thought Jeffrey did the first time he tried out his Kill Button, eyes wide on the target in front of him. It was just as easy as clicking a tv remote, setting the time on his microwave, or using his Xbox controller.  Click: 12 killed, 58 injured.

Adam Lanza knew that he was just a point and shoot away from power. Click: 27 killed, one injured.

Paul Ciancia carried a hand-written note in the bag he used to discreetly carry his Kill Button into LAX airport last week. He “wanted to kill TSA and pigs,” the note police found read. Click: one dead, two injured.

There have been over 65 mass killings in the U.S. since 1982, all of which perpetrated with the simple use of a Kill Button. 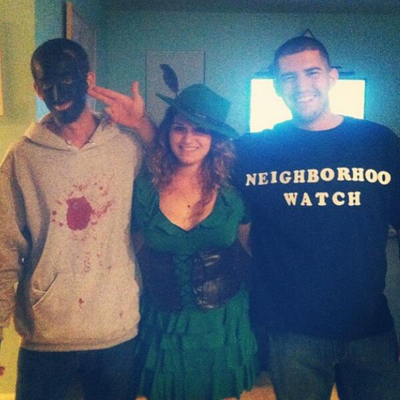