May 31 marked the 99th anniversary of the Greenwood Massacre, commonly referred to as the “Tulsa Race Riots.”

On that day in 1921, the successful Black town of Greenwood, Oklahoma was burnt to the ground by white rioters. Two hundred to three hundred people were murdered, 9,000 residents displaced, 1,200 buildings destroyed and $50 million to $100 million in property damages incurred.

The Tulsa Commission later passed land ordinances that blocked the rebuilding of Greenwood.

Between 1911 and 1921, 23 Black Oklahomans were lynched by white mobs. An increase in so-called mob justice, a dominant local KKK chapter and a largely absent police force heightened racial tensions in Greenwood.  One tiny spark was enough to ignite the violence.

That spark came on the morning of May 30, when Dick Rowland, a Black shoe shiner, crossed paths with Sarah Page, a white elevator operator. The prevailing story alleges that Rowland stepped on Page’s foot after the elevators closed. She let out a cry and caught the attention of a nearby clerk. A white woman screaming alone in an elevator with a Black man in the height of the KKK and Jim Crow paints a picture that doesn’t require further elaboration.

The ensuing sequence of events would lead to one of the most egregious acts of violence, racism and hatred in American history. Black Greenwood residents were shot at point-blank range; shot while running for their lives; beaten to death or near-death; hanged from storefronts; dragged behind cars; trapped in burning homes and businesses; bombs and Molotov cocktails dropped on them; forced to flee town and leave family members behind as their homes burned down.

Where do we find ourselves 99 years later? Protesting, rioting, hurting, pleading, crying and demanding to be heard. Black people all over the country are reeling from the trauma of the continued lynching and brutalization of Black bodies by white Americans and law enforcement.

Ahmaud Arbery was shot and killed in broad daylight by George McMichael, who wrongfully profiled Arbery as the culprit of robberies in the neighborhood that had occurred months before.

Breonna Taylor was shot and killed in the comfort of her own home after plainclothes police officers serving a no-knock warrant for narcotics broke down her front door, looking for two people already in police custody.

Dominique “Rem’mie” Fells’ body was found in a river with trauma and injury to her head and severed legs. Riah Milton was shot and killed during a robbery when a 14-year-old girl and two men “lured” her in an attempt to steal her car. They were both Black transgender women.

Tony McDade was shot by police officers after being profiled as a suspect in a murder. He was a Black transgender man.

George Floyd was suffocated under the knee of Minneapolis police officer Derek Chauvin, despite Floyd’s and witnesses’ pleas to stop, warning that he couldn’t breathe. Floyd was detained for allegedly using a counterfeit $20 bill, which was later found to have been genuine. Chauvin and three other officers beat him and pinned him to the ground — where Chauvin knelt on his neck for nine minutes until he died of asphyxiation.

Ahmaud Arbery’s death was captured on video, but did not get national attention until two months later.

Breonna Taylor’s death was not captured on video and did not get national attention until over a month later. Her killers have not been arrested.

Dominique “Rem’mie” Fells’ and Riah Milton’s deaths were not captured on video. Fells’ killer has not been arrested. Milton’s killers have been arrested.

Tony McDade’s death was captured on video, but is disputed. His killer has not been arrested.

George Floyd’s death was captured on video and his killer has been arrested and charged with third, then second-degree murder.

Chris Cooper, a bird-watcher in Central Park, had the police called on him by Amy Cooper, a lady walking her dog, when he asked her to follow the rules and put a leash on it. The video showed her dragging her dog, falsely accusing Chris of attacking her and fake crying to up the perceived danger for the dispatcher she’s speaking to. Not once did Chris touch her — he even told her to back up to prevent an altercation. She weaponized her white tears to intimidate Chris as she attempted to mobilize the police against him.

All of this brutality is happening amid the COVID-19 pandemic — which has disproportionately killed more Black people than other races. Black people also face more aggressive enforcement of social distancing. While police officers hand out face masks to white people having picnics in Central Park and ignoring social distancing, they are beating down and arresting Black people for meeting in groups in their own neighborhoods. Due to stringent social distancing regulations, we find ourselves at home with our screens for longer hours than usual. Embarrassingly enough, my average screen time is about fourteen hours a day. This means an even more intimate relationship with the 24-hour news cycle. Sadly, most of it has been news and footage of the murders of unarmed Black people.

The grotesque, inhumane, evil killing of George Floyd has burst the dam of Black Patience again.

But most of all, Black people are tired.

Tired of pleading for proper treatment.

Tired of asking not to be treated like second-class citizens.

Tired of our deaths being live-streamed, shared and treated as mundane, normal occurrences.

Tired of asking for white and non-Black people of color to recognize the absurdity of our situation.

Tired of asking for solidarity from people too comfortable in their privilege to recognize our struggle, for fear it might disrupt their position in the racial hierarchy.

Peaceful protests devolve into violence when police officers arrive in militant regalia and instigate protesters. They employ the same brutality people are protesting against and in turn undermine the purpose of said protests.

The irony is striking — America is warning Black people to be careful as its police continue to brutalize Black bodies.

The very country known for the Boston Tea Party — in which millions in property damage was incurred by the Founding Fathers — is asking for Black people to not damage property today. The double standard is laughable. Patriotism is granted to those who advance the agenda of white supremacy. Black people exercising the same form of protest are seen as ungrateful, barbaric thugs. It is easy to police the bodies and reactions of people you used to own. White America is so intimately married to its past of superiority and ownership that any disruptions to that status quo are seen as unpatriotic.

Cities across the U.S. are on fire. Americans are fed up. Black people, people of color and white people are banding together and we are mad as hell. Change is imminent — whether or not the opposition likes it.

It is incumbent upon white Americans and non-Black people of color to do the work of unlearning their racism. You need to face your privilege, accept its existence and weaponize it to help in tearing down the systems of white supremacy.

It is not enough to not be racist, you have to be anti-racist.

There are so many ways you can educate yourself on privilege, institutionalized racism and larger systems of oppression.

Your Black friends are emotionally, mentally and physically exhausted. The last thing we need is to expend our intellectual energy trying to help you understand that we are equal, our lives matter and the system oppresses us.

As protests continue across all fifty states, people are beginning to experience burnout. The influx of news, marching, researching, advocating and studying the intricacies and evils of white supremacy is causing people physical and mental exhaustion. Buckle in allies, this is a movement – not just a moment or hashtag. I find this utterly hilarious as Black people have been doing this for generations. All the while living under the oppression of white supremacy.

Most of all, check in on us because we are not okay. 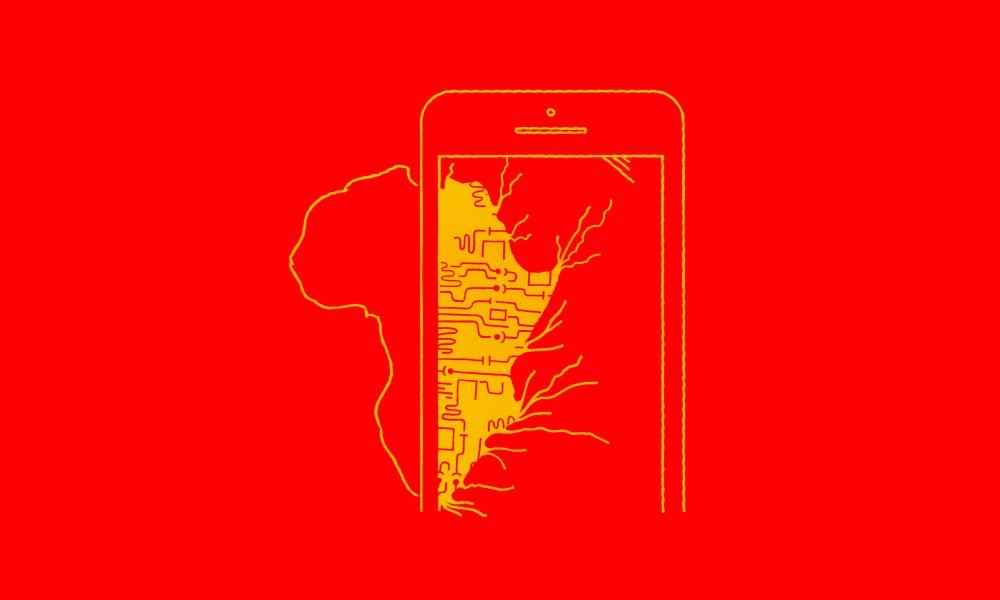 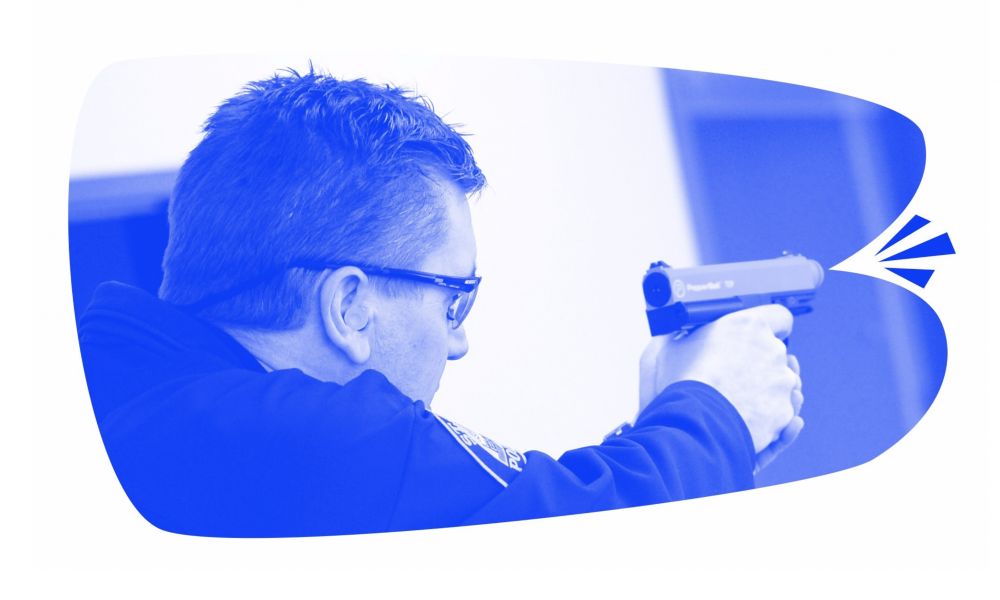