It was a rainy April afternoon in a strip mall parking lot.

The person who I had just spent three years of my life with was sitting in the driver’s seat of his car, the car that I had spent hours of my life in, laughing, crying, kissing, fighting.

And it resembled a movie, with the rain falling down. He acted the part as I told him that it was time to go separate ways. Although he resisted, he sent me off with a smile. It was the last time I saw him, smiling and waving through his car window though he claims his heart was splitting into two. Mine was too.

Some relationships make it to the 30s and beyond, and others just remain as memories, acting as lessons for us to look back on. They’re hard lessons, but vital ones.

I’m here to tell you that a breakup is a time for you. A breakup is a time to put yourself back together. If you play your cards right, depending on the situation, it could be the most reflective and even the best time of your life.

I had work at the grocery store at 6 p.m. that day.

I remember as I worked at the cash register that anytime a customer would ask “How are you?” I would have to take a deep breath. It was like holding in this wave and trying to keep it from crashing down. So I would just force a smile and say “I’m good.”

When I took my 15-minute break, I turned on my phone to find message upon message. He was asking for me to come back. He was apologizing. He was offering me all the things I knew I needed in a relationship.

But here’s the thing. A person should fulfill your needs, as long as it’s healthy for both parties, because they want to make you happy. They should always be afraid to lose you because you’re important to them. It may also be that they weren’t able to give you what you need, which may not be anyone’s fault, but it’s a deal breaker for you. Maybe your lives are heading in different directions. Maybe it’s just time to let go.

By the time my shift ended, the wave had subsided for that day. But what wouldn’t subside was the need to know if I made the right decision. I remember discussing it with my best friends that night over a quart of cookie dough ice cream.

“The worst part is that he’s a good person,” one of them said. “But you two just met each other at the wrong time.”

“You guys really think I made the right decision?,” I asked.

“Yes,” they both proclaimed.

Still, the question lingered for weeks.

I must have watched every video and read every article on the subject of breakups. I needed to know if I made the right decision.

Even though everyone in my life was telling me I made the right decision, I couldn’t believe it. Even with a final the next morning or an unfinished essay I knew I needed to turn in, I had to prove to myself that I did not lose the person I was supposed to be with, with the help of the Google search bar and Youtube, of course.

This wasn’t just losing some guy I spent a lot of time with. We had plans to marry each other after college. We already agreed on names for children and we were going to have a pitbull named Maggie. Did I just ruin that?

No amount of videos or articles provided me with the concrete answer I needed to know.

It was when I looked through our photos which captured our dates, like the time we went to go apple picking, but the apple picking was closed so we bought apples instead. Or the time we went to MOMA PS1 and got Thai food afterwards. I remember the laughs, the love we exchanged. But I also remembered that behind a lot of these pictures taken on a lot of these dates, there was a fight behind it not reflected on the smiles on our faces. All of those fights were a tug of war between needs and boundaries and neither of us wanted to give either of those. And honestly, people shouldn’t.

My mom always reminded me that love should never be hard.

Ask yourself these questions: Do you miss the person you were before you got into the relationship? Do you ever wish you broke up before you became too emotionally invested? Do you two bring the worst out of each other? Are you curious about exploring other options?

Getting through this portion of your life will be difficult, even with catchy, cliche sayings, sad music and lots and lots of ice cream. Fortunately, there are ways you can make the pain yours.

I remember one night, I was driving around aimlessly, tears falling onto my steering wheel, when my car broke down. After somehow getting it to the side of the street, I decided that I needed some air. So I left my car about ten minutes away from my house and walked it and it was during that walk I decided I could write about this someday, because I will be able to look back at it and laugh at myself.

It was as if I became the star of my own chick flick, but remember, chick flicks often have a happy ending.

The hardest part of the breakup was thinking about how he was feeling. All the little things in life began to remind me of him because my life was adapted to his. Even my cat Stanley would remind me of him, because he loved my ex so much that he would rush from my room to greet him when he walked through the door.

And yes he may have been the perfect cat dad. However, we held different ethics, we had differences in religion, we had two different visions of our lives and we both had demons that we needed to confront. The right person will help you manage your inner ugliness, not exaggerate it.

I also felt angry. I was angry about situations I remembered during the relationship that I never confronted. I felt like there were things I needed to say that I never got to say. I was mad at myself. I was mad at him. I was just mad.

I confessed that to my aunt over margaritas.

“But you know what,” my aunt said. “You can’t go back and change the past. This was a lesson you were meant to learn, and think about how equipped you will be for the next relationship.”

You’re allowed to have all these emotions. For me it was constant flashes of happiness, sadness, anger, regret and loneliness.

But don’t let anyone tell you that you have to “just get over it.” You will experience or are experiencing the loss of a person who you loved enough to spend a significant portion of your life with. A person who you gave yourself to physically, mentally and spiritually. The person who knows your secrets. The person whose mannerisms you have memorized and whose little details you spotted. I will never forget his playful smile that would reveal his dimples and how warm and safe I felt in his arms. How funny he is. How much I love his friends and family.

But the good news is, I will never forget.

Here is the part of the chick flick when the star begins finding themselves.

The night of the breakup, my best friend referenced the movie, How to Be Single.

“The whole time she is going through different relationships and feeling the need to be with someone until she realizes she needs to be alone,” she said. “And then at the end of the movie, she climbs a mountain and smiles. You need to climb that mountain Jen.”

We both laughed. Because it was true. Ever since I was 17, I was only single for about three months, as I went through two serious relationships.  I never really got to experience being a single adult.

A month later, after I surprisingly passed my finals, I felt different.

It was when I rode bikes with classmates at 12 a.m. through the warm, rainy air that I truly knew I made the right decision. For the first time in a while, I felt like a college student. I felt my age.

The summer of 2019 was the best summer I’ve had in a long time. I poured all my energy and focus into my summer internship and  I met two new friends who I spent many days with.

A summer I thought would be nothing but working became a summer of evening tennis, late night drives, trips out east, night swims and beach days.

I reconnected with a friend whom I’d grown distanced.

I stayed on a beach in Southampton until 2 a.m., laying on the beach with a new friend and listening to Pink Floyd.

Old friends from high school and I held hands as we walked down the streets of Patchogue, laughing and drunk on Long Island Iced Teas.

A new friend and I poured our hearts out to each other as we walked through a neighborhood in Massapequa till 4 a.m.

My best friend and I got soaked by the waves when we were watching the stars on the beach in Montauk.

I went to Philadelphia for the first time in my cognizant memory.

I drove outside the state for the first time.

I rented an Airbnb with my friends to go to Six Flags.

I got practically front row tickets to see TLC, who got me through my commute all summer.

Even though I suck at dancing, I danced my heart out at a silent disco.

I found myself walking in the city at 3 a.m. with people who I’ve only known for less than three months.

And though I’m not completely there yet, I’m slowly becoming the person I used to be, but better.

If it’s meant to be, it will be,and now I know. I was meant to go my own way, as was he. In some time, you too will know. But until then, there is a person who has been needing commitment and love too, and they may be reading this. 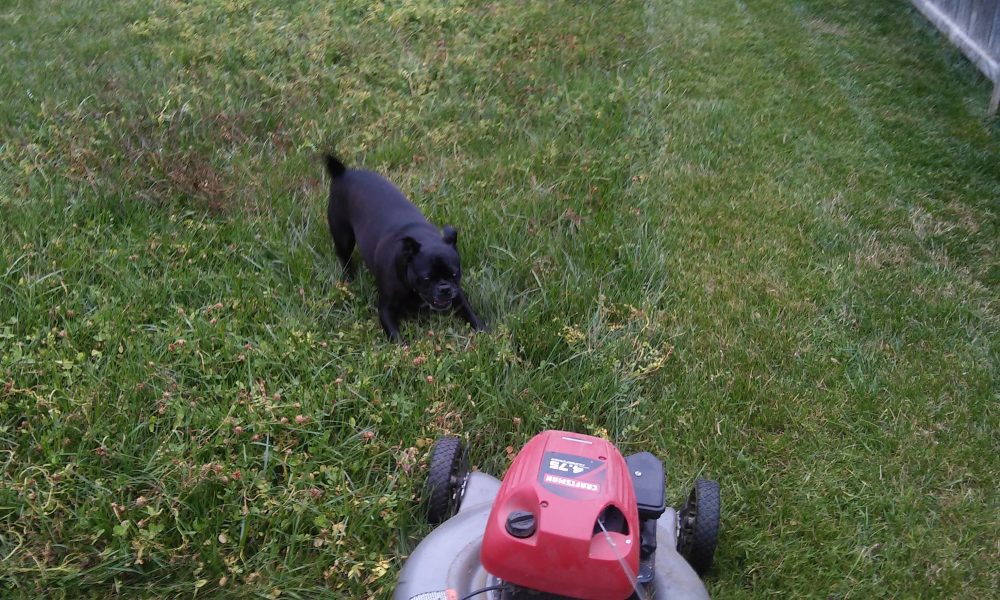 I Get it Now 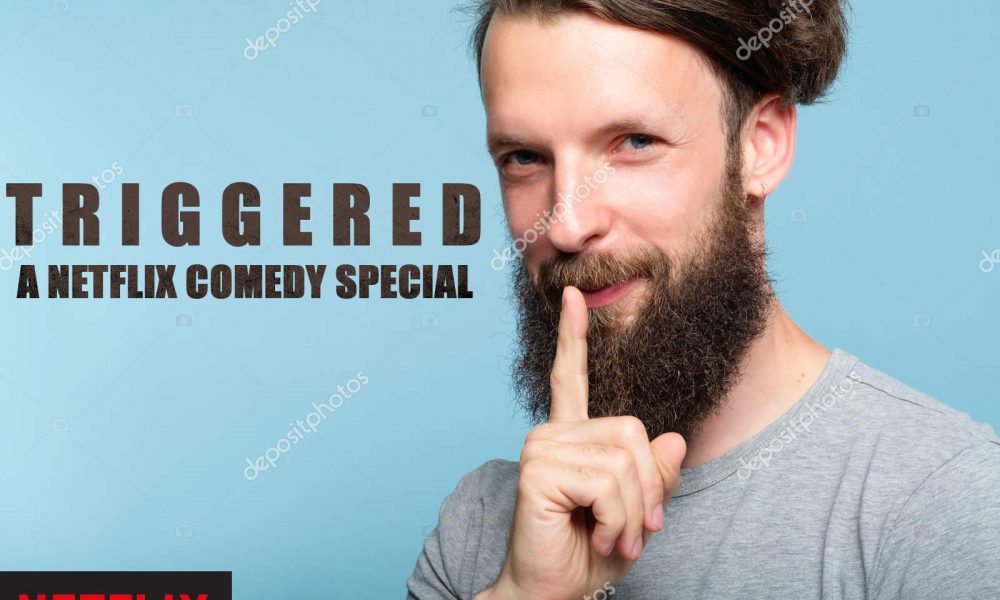 We’re giving comedy too much credit