The latter part of the 2010s has proven to be nothing short of a hellscape of scandal, opinions and angry mobs. With the sound-off of each new Twitter notification/trending hashtag, a comedian-of-the-week’s career is canceled or put on hold, and with each “Breaking News” flash, a Watergate gets its wings. It’s a cultural phenomenon called “The Culture Wars”, and the deeper into it we get, the more divided we seem to become, with the left calling for the right to be punched and harassed, the right calling for the left to be “owned” and “triggered,” and both calling for the shutting-up of those damn centrist “fence-sitters” who have committed the unearthly sins of being politically open-minded and legitimately hearing both sides out.

Though many things have transpired throughout the past three and a half years, one of the most glaring is a noticeable change in the media. I’m not talking about “fake news” or any of that junk. I’m referring to what can honestly be considered a golden age for internet publications. We all know the ones: FOX News, VICE, BuzzFeed, Breitbart, VOX, etc. (an honorable mention to Gawker, who would not live to see this day fully realized). As social media’s influence grows and rises, chances are that when you log into your Twitter or Facebook, you’re setting yourself up to be bombarded with a slew of op-eds and investigative features — all dripping with hot takes and “dire”, “breaking” information. But with the greater influx of information, as well as the current political/social climate, is it possible that the media is beginning to cheapen and break down? Have standards been sacrificed for the sake of clicks and incestual pats on the back from ideological cliques?

I bring this up because recently, BuzzFeed published what may have been one of the biggest news scoops of the decade. Reporters Jason Leopold and Anthony Cormier issued a detailed report that President Trump had instructed his former lawyer Michael Cohen to lie to Congress regarding the subject of discussions with the Russians during the 2016 presidential election. For a moment, it seemed foolproof. It was the end of the line. It was long, and the number of sources was vast and telling.

It just sucks that none of it was truly verified.

Hours after the story broke, Robert Mueller, who’s currently heading the investigation into Trump’s potential collusion with the Russian government, released a statement stating that it was false. Given that Mueller is a high-ranking FBI official who has immersed himself in more Trump-related affairs than Stormy Daniels, most have been inclined to believe him. And though, considering the ongoing investigation, a media circus could prove to be a burden, the likelihood of this being a lie is fairly slim — his ranking and agenda overshadowing most doubts. After all, a media circus with reporters nosing around, there is a potential risk posed to the investigation. So with that said, it’s not necessarily out of line to question BuzzFeed here. In spite of this, the site and their colleagues have stood their ground. Editor-in-chief Ben Smith released a statement stating that they stand by their reporting. Anthony Cormier went on CNN and, when asked of the possibility that his sources were just simply wrong, he confidently replied: “No, they aren’t.”

Granted, it is not like other publications of its kind haven’t had similar situations. But BuzzFeed seems to be suffering on the largest scale with the largest stories. Their greatest time in the spotlight would occur in 2017 when they published a top-secret dossier regarding Trump’s collusion with Russia; which included information regarding everything from Michael Cohen paying Russian officials in Prague, to Trump meeting with prostitutes and paying them to urinate on him on video. Much like this situation, it seemed as though they had got him. But quickly, holes began to get poked — such as records showing no indication of Cohen traveling to Prague, or even the fact that the dossier was unverified from the get-go. This is also not to mention a situation that occurred soon thereafter, in which they published an article featuring the gratuitous doxxing of three innocent journalists (costing one, Mitchell Sunderland, his senior position at VICE) simply due to their own private humorings in an “alt-right” group chat (after all, making off-the-clock fat-jokes in private is 100% grounds for unemployment).

Throughout this ordeal, the journalistic community has understandably gone to great lengths to defend what is likely nothing short of misinformation. After all, it’s their work that’s under attack. Some have claimed that BuzzFeed is the victim of bias due to its rather playful nature and origins as a “time waster” website. Others have said that this is a direct result of a bias towards co-author Jason Leopold’s past drug addiction. BuzzFeed also claimed that Mueller should be more specific of what he’s disputing.

All of these prove to be moot points when:

But seeing such resilience towards broken reporting is nothing short of unsettling and disturbing. It highlights the greater problem that journalism is currently facing: a wave of radical solidarity that has lead to an acceptance of false information. It’s through the current political divide that journalists have begun to choose to overlook or stand by bad work, simply for the reasons of not letting the other guys win in the delusional phenomenon that is the culture wars. The age of civil discussion and straight forward bipartisan reporting is rapidly dissipating at the expense of ideological reassurance. Media personalities like Joe Rogan can’t even have conservative or wealthier guests on their podcasts without some sort of controversy sparking over their presence or being derogatory (and often inaccurately) labeled as alt-right propaganda.

BuzzFeed isn’t even the only one at fault here. And it doesn’t even limit itself to the left. Right-wing news corporations are just as much — if not almost more-so — responsible for the peddling of outrage culture and sensationalism in media. For example, FOX News published an article stating that a controversy surrounding “Charlie Brown Thanksgiving” had taken Twitter by storm. However, the article consists almost entirely of tweets, shares postings by users of little to no influence and fails to show any real impact or ground the story has. And yet the corporation sees this as potential news. A similar situation was brought about by an article claiming that the left was outraged at the gendering of gingerbread men. Again, no real evidence of the significant ground or influence the controversy has is shown. On top of this, how many times have you seen an episode of Tucker Carlson where, during a debate, while using flimsy arguments as a defense, stumbles and flops around like a fish on a hot Summer sidewalk — interrupting and deflecting to save himself from defeat?

Facts and civility shouldn’t be given up at the cost of self-righteous political agendas. Websites have become more interested in presenting clickbait and fabricating outrage than informing the everyday people, and individual journalists have become more interested in indulging their own biases than reporting the facts and putting honesty over individual leanings. It’s a shame because the American people deserve better. We deserve a break from political spin. We deserve to be allowed to make up our own minds on situations. Opinions journalism undoubtedly has a place in journalistic media — after all, the exchange of opinions is what fosters dialogue in the first place. But it shouldn’t be the only thing we get and it shouldn’t be prioritized for the sake of the narrative. Unless journalism begins to move more towards a middle ground — a middle ground based on ethics and integrity — then news media will simply become a casualty of the culture wars, and we’ll all be dumber, angrier and worse off because of it. 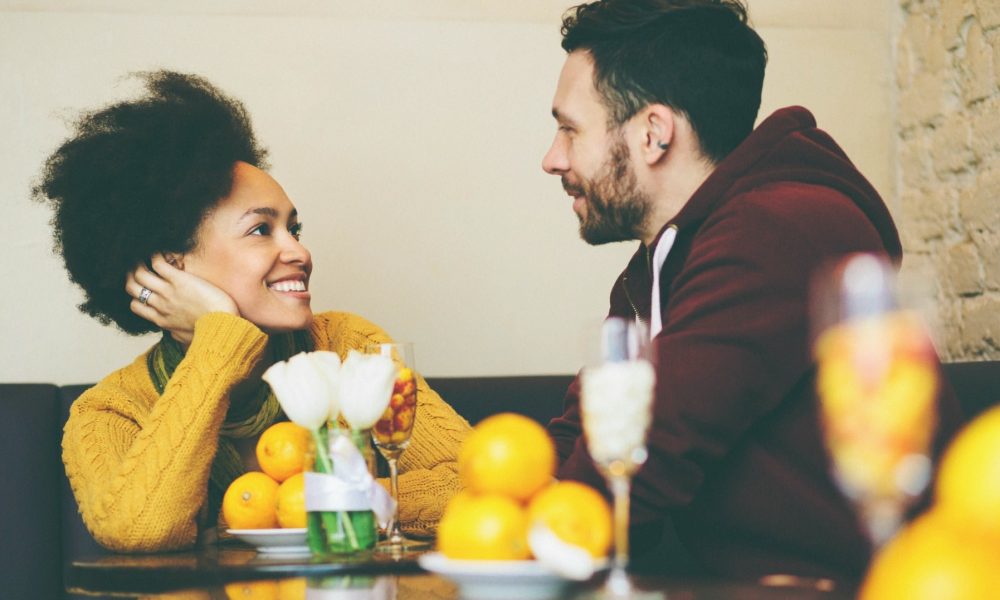 Love where it counts 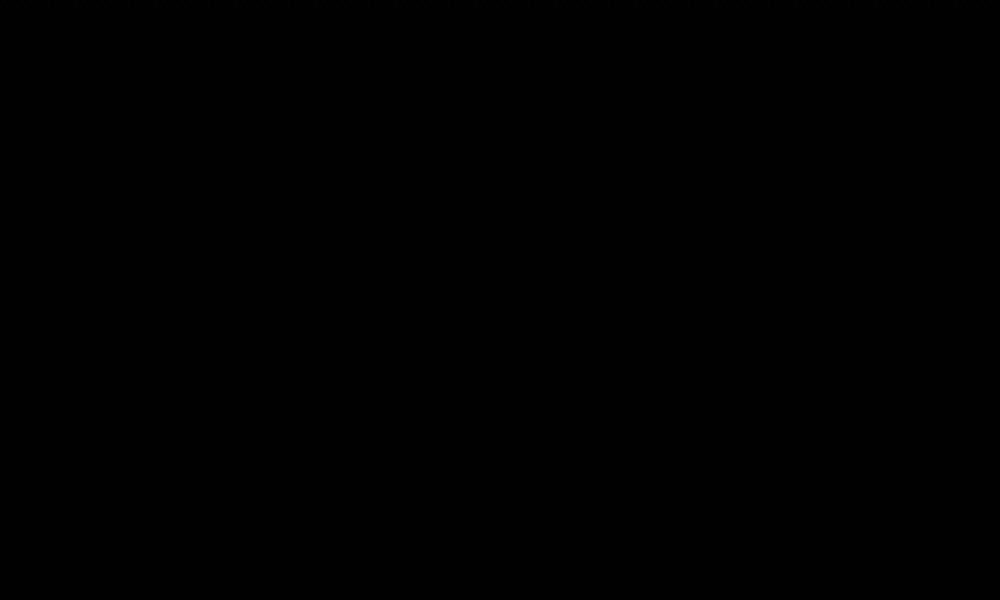 I fit a brand, and that’s okay