They say the truth is stranger than fiction, but it’s crueler too.

At first glance, comedian Sacha Baron Cohen’s “Who is America?” seems too ambitious for its own good. The show has come about in a time of unparalleled stupidity in our country’s politics, to the point that it was billed “the most dangerous show in the history of television” by its host network Showtime ahead of release. This claim comes from the fact that Baron Cohen impersonated his characters to fool unwitting participants, getting them to play along in a number of interviews, mock counter-terrorism drills, children’s videos and reality shows. What differentiates “Who Is America?” from a normal prank show are the high-profile, government figures he managed to fool, making the show essentially MTV’s “Punk’d” with the country’s ruling class caught in its crosshairs.

All satire that aims to encapsulate the totality of American culture’s manic paranoia is chasing after an unattainable goal–like trying to sketch a map of the entire world without any glaring omissions. It would be easier to zero in on one single aspect, as others have done with our president or the ever-growing conspiratorial fringe-media industry. However, such programs elude the most crucial truth about our current cultural moment: The problem is all-encompassing and has been brewing all along.

The feverish minefield of 2018 America is not limited to one unhinged president or hyper-niche political movement, but rather the logical outgrowth of a country rife with inborn contradictions it has yet to honestly confront. Issues of race, class and resentment that fail to be addressed don’t simply go away–they fester. When looking at the past three nightmarish years in American political culture from this perspective, it’s easier to view our current clusterfuck as an ingrown manifestation rather than a spontaneous malignancy.

“Who Is America?” attempts to capture this manifestation in all its ugly glory.

Sacha Baron Cohen, the veteran British prankster of “Borat” and “Da Ali G Show” fame, populated “Who Is America?” with a brand new cast of characters who each aim to puncture a different aspect of American culture in all its absurd archetypes. Billy Wayne Ruddick Jr., Ph.D., is a fringe right-wing conspiracy theorist–half Alex Jones, half Rush Limbaugh–and “citizen journalist” who runs TRUTHBARRY.org, an obvious parody of since-exiled conspiracy website InfoWars; Dr. Nira Cain-N’Degeocello represents the performatively-woke bourgeois liberal professor; Gio Monaldo plays the part of a lustful, expat playboy who sinks his teeth into the indulgences of American celebrity culture; the absurdly-named OMGWhizzBoyOMG! is a whimsical Finnish Youtuber who gets his button-up conservative guests to speak right-wing bromides into miniature toys. (It is absolutely as ludicrous as it sounds). As far as the results go, the show hits big and misses hard, like an MLB slugger with a 2.25 batting average and 48 home runs.

As Vox’s Todd VanDerWerff noted in a critical analysis, the show often feels discursive and structureless,

“But I spent far too long in any given episode of Who Is America watching segments that simply went on forever, looking for something to say, then just sort of stopped, before moving on to the next bit,” wrote VanDerWerff.

It is also hard to tell who exactly the butt of the joke is supposed to be in any given sketch, especially ones centered around left-wing figures. Billy Wayne interviews Vermont Senator Bernie Sanders, former Green Party presidential candidate Jill Stein and former Massachusetts Representative Barney Frank, but fails to achieve much outside of frustrating them with his nonsensical misreadings of concepts such as climate change and the 1 percent. Perhaps providing yet another platform to ridicule the impenetrable stubborness of baby-boomer conservatives was the goal–and it was certainly funny–but the segment ultimately felt bereft of the punch it was aiming to provide.

Cain-N’Degeocello, the show’s token left-wing proxy, aims to “heal the divide” mainly by making heartland Trump supporters uncomfortable, either by rupturing a married couple’s dinner by shouting made up indigenous prayers or sending an Arizona town hall into chaos by suggesting they build a mosque to bring tourism to their dilapidated mining town. In the mosque segment, the residents throw themselves into a frenzy at the suggestion of this, yelling in unison. At one point, a town hall attendee suggests that they merely only “put up with” the minorities already present in their town, let alone Muslims.

The mosque segment was instructive as far as it displayed the misapplied resentments of the displaced white working class–clinging to a flimsy sense of racial hierarchy that only serves the capital that harmed them in the first place – but this point only became evident in small spurts and is mostly discarded in favor of the spectacle of the chaos Cohen incites. The segment also misidentifies the culprits of American racism—narrowing the perpetrators to a stereotypical image of poor rural southerners.

Such hostility could be felt all across the country. One doesn’t need to venture out into the economically depressed southwest to find open racism and close-mindedness. Ignorance of such obvious facts have been a major failing of the post 2016-election heartland safari industrial complex, wherein affluently raised journalists parachute into “real America” in search of meaning. In fact, one need not search far at all. In July 2018, a vile, racist rant went viral on social media. The incident took place in the Long Island town of Huntington, not Kingman, Arizona. A more thorough exploration into middle-class racism could’ve provided the same impact without resorting to tired cairictures.  In doing this, “Who Is America?” misses.

But when the show hits, it hits hard, and the impact of “Who Is America?” comes almost solely from the character of Erran Morad.

Erran Morad is a comically macho former Mossad Agent (Israel’s intelligence agency). Throughout the show’s seven episodes, Morad refers to himself as a colonel, lieutenant, sergeant and captain, making him the perfect vehicle for the manipulation of a variety of figures. Using the Morad character, Baron Cohen manages to dupe former Vice President Dick Cheney; disgraced Alabama Senate candidate Roy Moore; guns rights advocates Phillip Van Cleeve and Larry Pratt, Georgia Rep. Jason Spencer (whose egregious participation in the segment caused him to resign from office) as well as a host of red-blooded Trump supporters from around the country.

Throughout the show’s run, Morad, somewhat bafflingly, gets Dick Cheney to sign a waterboarding kit; tests a “pedophile detector” on Roy Moore (who has since sued Baron Cohen), convinces a firearms lobbyist to make a deranged children’s video marketing guns to toddlers and makes a number of conservatives take part in his harebrained defense schemes against undocumented immigrants, terrorists and other right-wing boogeymen.

At first, it may seem as if the Morad character represents yet another opportunity for petty jabs at unwitting pawns. But Baron Cohen–whether it was intentional or not–achieved something far more revealing: he displayed the unflinching commitment to cruelty lying just beneath the surface of many Americans.

Perhaps the most surprising thing about the Morad character is just how little convincing he has to do in order to get his subjects to go along with his plans. Every other character in the show–whether it be Cain N’Degocello or Ruddick Jr.–rely on mere persistence and the withering down of their subject’s patience. But Morad manages to sidestep this simply by approximating a most absurd caricature of masculinity and experience. He stands with a wide, imposing posture and dresses in gym teacher attire (gym pants and a muscle shirt with a whistle around his neck). Every other sentence out of his mouth is a preposterous claim (at one point he claims to have been a victim of 14 terrorist attacks and a perpetrator of three) and the segment’s participants seem to believe every word, or at least be too afraid to challenge him on them.

When Morad insists that Jason Spencer drop his pants and shout slurs as part of a faux-counter terrorism drill, he obliges without hesitation; he achieves similar feats of emasculation with groups of xenophobic Trump supporters–the kind of righteous violence-obsessed, 10-rules-for-dating-my-daughter shirt-wearing middle-aged hysterics straight out of a local news comment section–by convincing them to participate in ridiculous, almost criminal acts of vigilante “justice.”

When hosting a group of suburban, seemingly well-off Trump voters, Morad solicits their opinions on immigration. They claim that there is “no vetting” even though that isn’t true. When surveying another antifa-obsessed, less affluent-seeming group, the participants claim there to be “at least 58 terrorist training camps” throughout the United States. This also isn’t true, but truth isn’t the point. If you peel back the curtain of outsized fears of demographic change, terrorism and civil disobedience, you reveal a class and race-stratified society obsessed with maintaining their own vague baseline of supremacy over others—micro regimes of petty tyranny; millions of tiny anxieties pollinating our culture with resentment and a need to punish. This is what Morad’s segments ultimately show, albeit in a hilarious, comedic context.

Every mistreated service worker, call center representative, poor immigrant and welfare recipient is a sign of a country that redistributes its hate downwards. Nothing exemplifies this better than the “mock quinceanera” scene from the show. In the segment, Morad gets a group of rageful, crime-obsessed men to stage an absurd sting operation in order to “trap” undocumented immigrants. The participants, red-faced at the very thought of slight demographic change, almost get themselves arrested by staging this “quinceanera” in order to lure underage immigrants. That these men were willing to go to such great lengths in order to fulfill their sweeping sadism was one of the most revealing moments of the show. The entire ordeal was abetted by the presence of Morad, who urged them to put their inhumanity on display in the most preposterous way imaginable.

In viewing the first couple of episodes, it can seem baffling as to how Morad could possibly elicit such credulity from his guests, but the reason becomes evident as the series goes on: Behind every war criminal, suburban petty-tyrant and shameless industry shill is a half-imagined middle school bully they are still trying to impress. Erran Morad is that bully.

In the end, Morad proves to be the motor of the show. It is hard to say whether Dick Cheney really believes that Iraq would’ve been worse off had the United States not invaded, or if he was actually as eager as he seemed to sign a waterboarding kit. It wouldn’t be surprising, of course; the government has historically been occupied by figures seemingly blind to the misery they create. But all it took for Cheney to display such opinions was the presence of a cartoonish, militaristic clown who merely appeared to be more of an “alpha” than he was.

If all it takes to display the bare cruelty and idiocy of such figures is a grown-up playground thug like Morad, then “Who Is America?” has achieved its goal. Perhaps the aim of this show was too ambitious, and maybe it wasn’t “the most dangerous show in the history of television.” But satire in the era of warped reality works best when it rips open the cupboard of mass culture,  laying bare the dusty knick-knacks and regretful Polaroids of a society.

“Who Is America?” doesn’t rip it open fully, but it makes a dent. 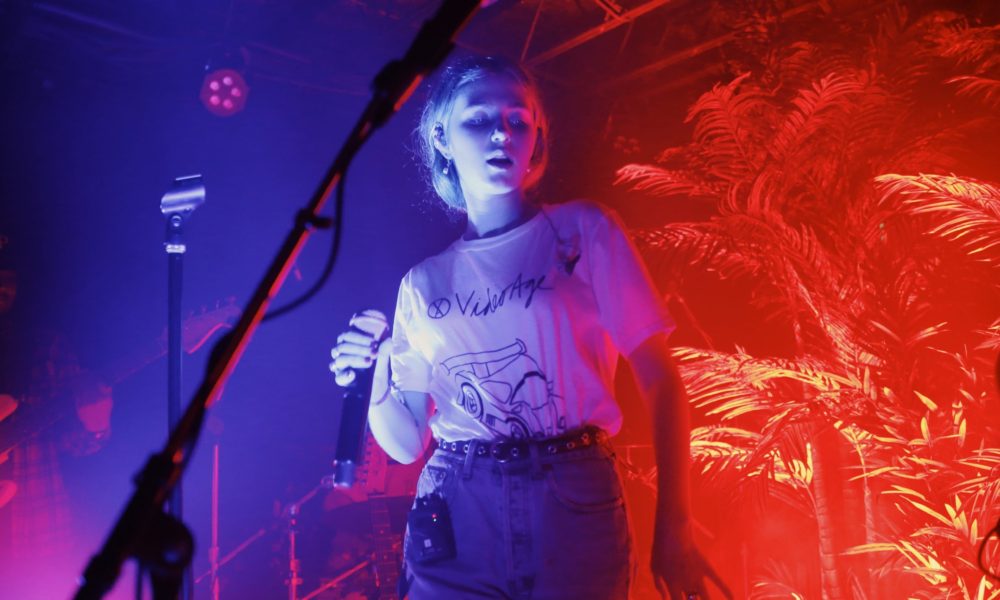 Why Can’t We Stop Looking Back? 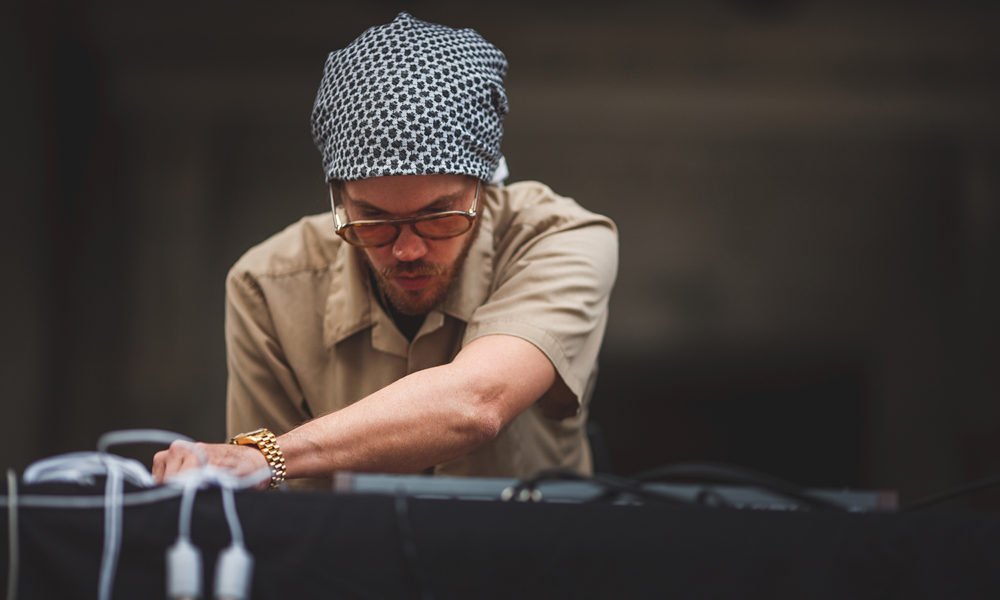 Peeling Back the Layers of Prefuse 73