“The Legend Of Zelda: Breath of the Wild” is a masterful blend of old and new mechanics. Sticking to the roots of what makes a traditional “Legend of Zelda” game great. “Breath of the Wild” simultaneously mixes in modern open-world mechanics to concoct something that can arguably be considered one of the best video games ever made, and easily the best game paired with a console at launch.

“Zelda’s” blend of fantasy and East Asian culture works great for this game’s world.The game has excellent cel-shaded art. Iconic locations like Zora’s Domain and Kakariko Village are amplified by the game’s incredible scale and beauty. These places are also homes to some of the game’s cast of characters, all of which I really enjoyed.

The music of “Breath of the Wild” is very good and one of the more memorable “Zelda” soundtracks in recent memory. It’s definitely not my favorite in the series – “Ocarina of Time” still holds that title.

Princess Zelda in this game feels like an entirely different character than what we’re used to. For one, she’s voice acted, but she’s also a deeper character with a strong persona. The game’s cutscenes give her a chance to develop alongside the rest of the cast.

Many other characters within the game’s world are given a voice for the first time in “Breath of the Wild.” To be honest, some performances are great and some are a bit of a drag. The cutscenes with voice acting are not common and they do well to set up certain quests and explain events in the game; however, sometimes the characters can come off a bit too blunt. Fuck the birdman.

Hylians, monsters and various humanoid races roam the world. Each interaction feels like an unique experience and the sense of adventure you get from it all is really awesome. I’d often find myself with one objective in mind only to get distracted by something that caught my eye off the beaten path. These situations would either lead me to mini-boss battles, enemy encampments, new ingredients for cooking or one of the game’s 120 shrines.

Shrines are mini-dungeons that employ the use of Link’s Sheikah Slate abilities and challenge you to think. They prepare you for the game’s four larger dungeons. Completing these shrines award you with “Spirit Orbs” which allow Link to upgrade his hearts or stamina bar. Shrines vary in difficulty. I personally only found a few out of the 50 or so I did before completing the game that really had me scratching my head. The shrines stick to the game’s sense of realism in regards to how they’re solved and, while challenging, completing them would give me a real sense of satisfaction.

Temples also exist in “Breath of the Wild” in the form of “Divine Beasts.” These are a spin on the typical dungeon formula we’re used to in Zelda. They don’t always work as well as past temples  but they’re still a cool change-up from the more familiar ones we’re used to in older games. Divine Beasts are giant ancient beings similar to the Colossi in “Shadow of the Colossus.” At the end of each temple is a boss. The problems with these divine beasts lay in their familiarity and lack of difficulty. I only found one of the four divine beasts to be a challenge. While they have unique visual identities, they are all too similar on the inside. Some variation would’ve been greatly appreciated here. Also, the bosses of each one are forgettable when stacked up against other bosses throughout the series. The last issue I had with the Divine Beasts was the inability to climb when you’re inside of them. This might come off as a strange complaint but the game encourages players to climb anything and everything. Once you step foot into a shrine or divine beast, however, the game strips away this ability. It feels a bit disconnected, but I’m sure not all players will see this as an issue.

Another thing that grew to bother me about “Breath of the Wild” is the weapon durability. At first I didn’t mind the additional challenge weapon durability added to the game, but later into the game one or two enemies could equate to one weapon and this is just totally unacceptable and annoying in my opinion. This is a game mechanic that, I feel, needs to be re-worked a bit in future installments if they plan on keeping it. Weapons should not be that weak, and while I understand why Nintendo tried to incorporate this new feature, it just grows cumbersome and frustrating as the game progresses. It’s going to force some players to stop themselves from using certain weapons out of fear of breaking them quickly.

While I’m not a fan of the weapon durability, combat is a different story. “Breath of the Wild’s” combat feels like a mixture of the best 3D “Zelda” games except refined to feel more modern and less clunky. One on one battles really shine here, often rendered like dance routines where Link and his foe exchange blows with one another. Players expecting the normal Zelda combat will be surprised to find a variety of different weapons like bows, staffs, swords and greatswords. Because weapons break so quickly, you’re forced to change your playstyle on the fly and this is the only time weapon durability really works.

Players might be surprised to find that many of Link’s iconic key items are absent from the game. They’re replaced with a device known as the “Sheikah Slate.” A tablet of sorts that gives Link the ability to do various different things such as freeze and move metal objects, spawn bombs, take pictures and so much more that I won’t get into for the sake of you discovering these uses yourself.

The photo mode is easily my favorite tool the Sheikah Slate offers. You can take pictures of virtually anything and if you do so the game tracks various weapons, clothing, enemies, armor, people, places etc. and marks them in a giant compendium completionists will drool over. I personally like to take pictures of scenery as opposed to trying to complete the compendium. These photos can be saved and shared online through Twitter and Facebook, a nice up-to-date touch on Nintendo’s part.

Not only can you use the Sheikah Slate to solve puzzles, players can also get creative and oftentimes if you think something should work in regards to completing a puzzle, it will. For instance, a puzzle required me to push metal boxes over electric circuits to conduct electricity to other circuits. In one particular instance I wasn’t able to find a metal box to place over the last circuit so I decided to try and put my claymore though. Low and behold this actually worked and it really surprised me. Breath of the Wild smacks players over the head with its very literal game mechanics. Where many games feel like they give players options in regards to solutions to puzzles, “Breath of the Wild” has a very open-ended feeling, like there’s not a set limit to what you can do to solve problems.

This open-endedness also applies to traversing the land. In many cases you can fly, glide, ride your horse or travel down a winding road to your location. This is where that sense of freedom comes in again. There’s really no limit to what you can do.

To touch on it, the horses are pretty cool in this game. I personally preferred travelling by foot most of the time, but being able to tame and name your own different types of horses is a really cool feature. There are even some surprises for players who really dedicate a lot of time to finding the best mounts.

Cooking is also another mechanic I had a lot of fun with. Cooking is simple and entertaining. Even the cooking animation sparks a little bit of joy in me every time it happens. The game rewards players who read each item’s usage – this’ll usually hint at what that specific item might do if cooked correctly and the results can range from awesome to funny.

In this final portion of the review I’ll be talking about my time with the Nintendo Switch and the game. Is it worth getting a Switch just for “Zelda?” I think the answer is different for a lot of people. I for one had a blast with “Zelda” on the go. My first commute into the city was a breeze with my Switch by my side. “Breath of the Wild” actually runs better in handheld mode as opposed to TV mode due to the upscaled resolution on TV’s. The only gripe I have with handheld mode and “Zelda” is the size of the UI on the screen can be hard to see. It’s sometimes hard to read everything on the Switch’s screen. Playing my Switch in bed also brought back memories of my time with the gameboy advance in elementary school. I used to stay up late under the covers playing games like “Pokemon Emerald Version” and “Legend of Zelda The Minish Cap.” It’s crazy to think that for kids today, being able to play games in bed will equate to a console experience.

“Breath of the Wild” is one of the best games of all time. It’s consumed my life this entire month and I don’t regret any of it. It has raised the bar in regards to open-world games and has made the Nintendo Switch a major competitor to look out for in the gaming market. Everything you’ve heard about the game is true. There are secrets to find, side quests to complete and SO MANY collectibles. “Breath of the Wild” will take well over 100 hours to complete 100 percent. If you consider yourself a gamer in any way, shape or form then “Breath of the Wild” is something that you must play. You’d be doing your inner child a disservice not to. 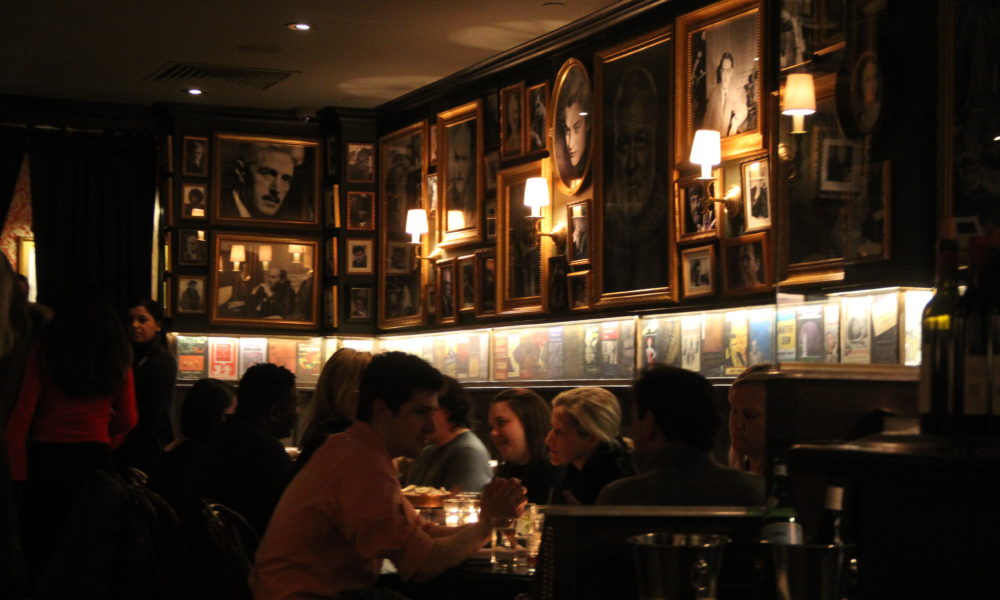 For Whom The Door Opens 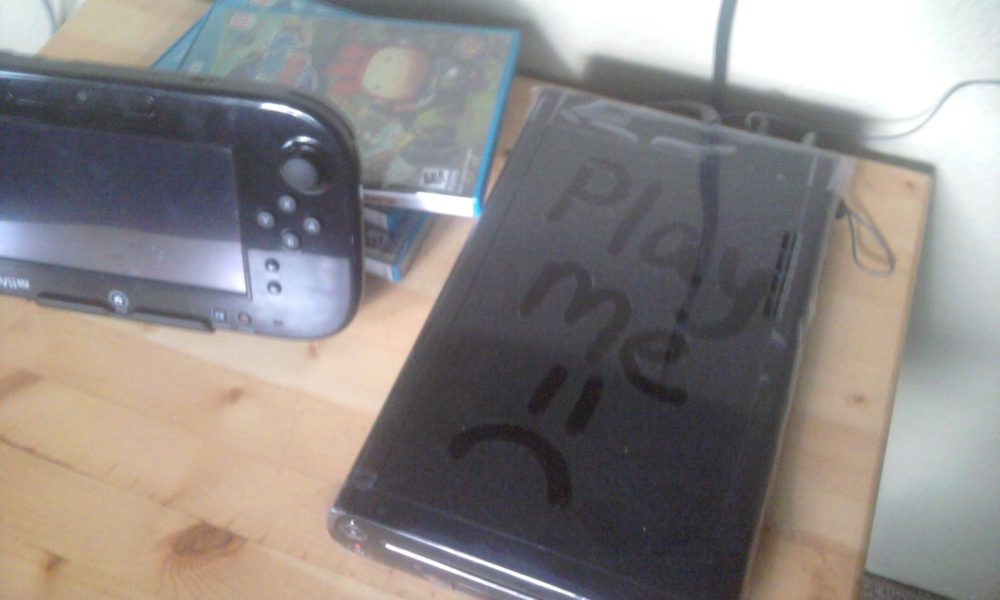 An Obituary For The Wii U