David Deng carefully brushes his fifth layer of hard ground, a waxy material that allows drawings to be etched, onto a rectangular copper sheet. Next to him is an unplugged pair of earbuds and a milk chocolate almond Hershey’s bar. While other students in the class are making simpler etchings for linoleum prints, Deng seems to have the most thought-provoking one. It depicts a man with a mask laughing while attempting to hold multiple masks in one arm. On the table he has the initial sketch, a mock-up print and the image he was inspired by.: an humorous internet meme where a man is laughing as he struggles to hold onto a pile of limes in his hand. However, Deng gives this image his own twist.

“Each mask is a personality and when you are in different social situations you need to put on a different facade,” he said.

Deng is a senior studio art major at Stony Brook University who works with numerous mediums, such as printmaking, sculptures, ceramics and even digital art.

“I get four years in college and I have these resources that I would be wasting if I didn’t explore them,” Deng said. “I’m still relatively young and maybe there is something I don’t know about that I will love.”

Deng said he started drawing when he was in elementary school but was steered by his parents to focus on academics for most of his life. Being a first-generation Asian American immigrant from China, Deng said his parents put a lot of pressure on him to succeed. His parents enrolled him in prep schools that taught him division in kindergarten and allowed him to be ahead of most of his classmates. Deng went on to become an student at the prestigious Stuyvesant High School in Manhattan and entered Stony Brook as a computer science major.

However, Deng said that he went through most of his life just doing the work that was put in front of him but never had a true interest in what he was doing.

“I actually paid to get tutored to learn Java Script and fell asleep next to my tutor. I just had this natural reaction to sleep,” he said.

Thankfully, art doesn’t put Deng to sleep like coding did. But Deng’s path to becoming an artist wasn’t easy.

In his freshman year, Deng eventually lost interest in his classes and said that he locked himself in his room for an entire month eating mostly pistachios, chips and only going out to sometimes get late night burritos from the Student Union. When it was time for him to get up for his classes, he was so unmotivated that he skipped them and stayed in bed until 2 p.m. and played video games with his friends until 2 a.m. He repeated this everyday for a month.

He decided that he had to find something that would motivate him. Deng always loved art  and in the fall of his sophomore year he became a studio art major.

“David is an artist to keep an eye on in the future,” Dewayne Wrencher, an MFA candidate and instructor for the introductory printmaking course at Stony Brook, said. “He has an inventive mind that allows for original methods to illustrate a particular narrative and perspective.”

In works such as Homebound, a painting that depicts on a New York City subway ride, Deng placed different animal skulls on human bodies. He said he did this to show that every different animal skull is like a different race, but everyone is still the same. In another piece, Deng created a ceramic goblet and filled it with deflated ceramic balls with an exploded Versace perfume bottle as one of the goblet handles. The point Deng wanted to make with this piece was to present shapes that couldn’t be made in any other way.

Many of Deng’s classmates also praise his precision as an artist, especially in his linework, or his technique to outline his work with a pen or pencil.

“He tried to show motion with linoleum cuts, which is extremely hard to do,” Jamie George, a senior studio art minor and biology major said. “It takes a lot of time to get that right perspective and if you are carving and mess something up, it is very noticeable.” Linoleum prints require the artist to cut into the linoleum and mistakes are easily made due to how sharp the tools are, George said. When George put Deng’s linoleum cut next to his pen sketch his attention to precision was clearly seen.

However, despite his talents and praise from his teachers and peers, Deng said that he feels a lot of uncertainty as an artist. Deng said he would love to have his own studio where he could just make a living off producing art but realistically sees himself making prints and t-shirts. He has yet to get his own exhibition or have his work featured in a gallery. But Deng said he enjoys the hands on aspect of making art.

“Feeling the form between my fingers and just applying and changing what needs to be done,” Deng said. “It feels like I’m the most connected to what I do when I work with my hands.” 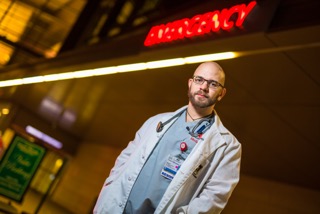 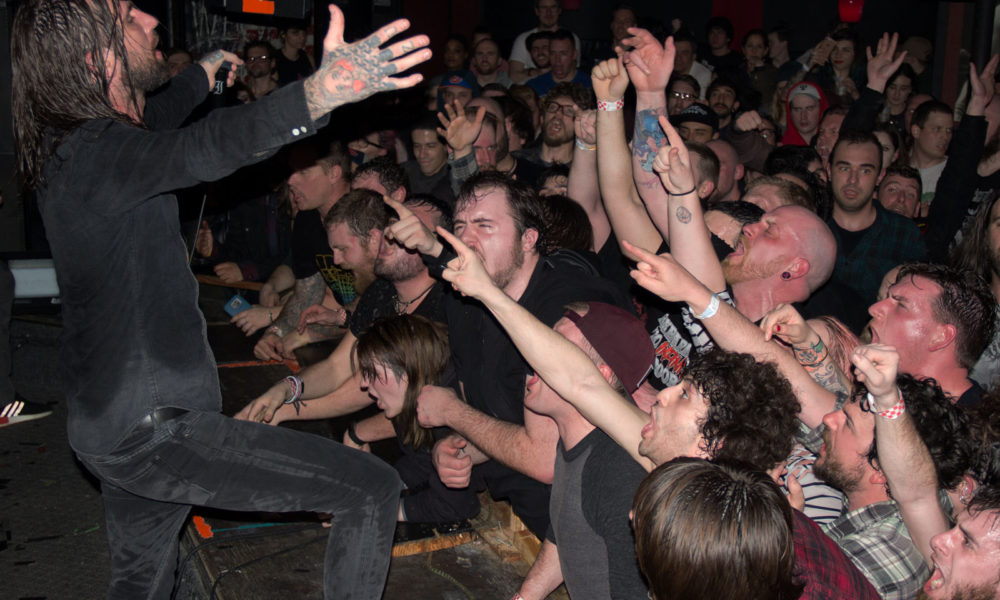 Every Time I Die Makes Everyone a Freak