On December 31st, when the ball drops in New York and you reflect on the past year, what will stand out most from 2016? For the editors of TIME magazine there was no person more prominent in 2016 than President-elect Donald Trump.

One of the most divisive figures in modern american history, Trump was elected as one of the most disliked candidate in American history. Many people despise the idea of him representing our nation, particularly those who fear the impact of his rhetoric towards minorities. There’s been a lot of disatisfaction with Trump’s victory, and now with him being awarded the “Person of the Year Award”, it is difficult to be angry at TIME if you understand how they choose these individuals every year.

Who better fits this description than man who dominated headlines and television literally every day of the last year? The man who shook up American politics from bottom to top, sent a company’s stocks for a tumble with a tweet, and shifted American Foreign Policy with a phone call before even taking office.

‘Person of The Year’ is not necessarily a title of honor. The same designation that had gone to President-elect Obama in 2008 had gone to German Chancellor Adolf Hitler seventy years earlier, Josef Stalin in 1939 and then Mikhail Gorbachev fifty years later.

With all Trump has done this year, there should be little doubt that he’s been the most influential person in the world. He determines TV headlines with his tweets, puts the spotlight on social issues based on whatever politically correct or moral line he would cross at his rallies or in interviews. The last round of meetings with global leaders Obama recently held on his last trip abroad as President likely involved him reaffirming American support and dissuading the fears of our allies abroad.

TIME knew that this has been a chaotic year, and their articles reflect that. They cover his chaotic campaign, his taking up of the mantle of change that was once Obama’s. It’s a promise that can’t be kept; the industrial jobs in the Midwest haven’t been stolen to trade but technology, but no candidate was willing to admit that.

Along with their main article on Donald Trump, the most influential person of 2016, TIME magazine also published an article explaining their choice, and the last paragraph perfectly epitomizes why they were right:

“For reminding America that demagoguery feeds on despair and that truth is only as powerful as the trust in those who speak it, for empowering a hidden electorate by mainstreaming its furies and live-streaming its fears, and for framing tomorrow’s political culture by demolishing yesterday’s, Donald Trump is TIME’s 2016 Person of the Year.”

The runner-ups were also highly influential, Clinton among them, as well as the Hackers who did so much to influence this election. But maybe the only person who could really compete with Trump for this title, as the CIA has recently affirmed, is the bare-back horse riding spy-turned-leader who helped put him in power. 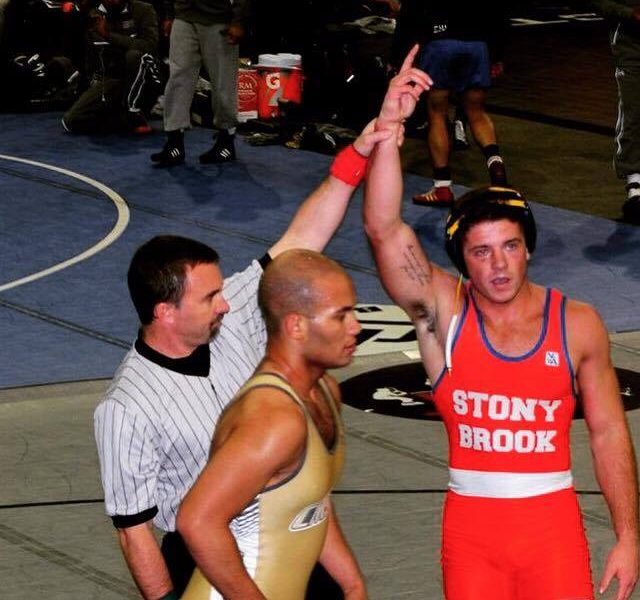 Stony Brook Wrestling: Mentality, Goals and Futures in the Sport