Stony Brook University held its fourth annual TEDx event on Friday, November 4. The event, aptly named “Heads or Tales,” brought many of the school’s department heads and alumni on stage to talk about their own work in relation to the goings-on in the world today. The science and the arts merged that night as everything from techno-infused classical music to antibiotic-resistant bacteria was discussed and  graduate student   Lyl Tomlinson hosted the event.

Practicing lawyer and 1985 graduate Nancy Burner was one of the  few alumni who took the stage.Self-identified as “super lawyer,” she spoke about the ways society will have to cope with an aging population. “Lots of times we look at the media and see a youth-obsessed society,” she said. “The fact is we need to find a different measure.”

By coming to terms with her own age, Burner hopes to give others in what she calls the “third age,” or those living past retirement age, a more wholesome outlook on their lives.

Associate professor Margaret Schedel, another one of Stony Brook’s own, managed to take her own research on Parkinson’s disease and meld it with her musical background, creating data-driven interactive media pieces. “We have sensors in your shoes that are talking to your phone. So I can use that in a dance but the patent office here is interested because runners would love this,” she said about the far reaching applications of her work.

“I think it’s great because if the commercial interests get involved then maybe we’ll have a little bit more money so the sensors can be smaller and lighter which means we can invest more into the project.”

Musical experimentation was commonplace that day as some performances brought a new take on something old. Current doctorate student and award-winning clarinetist Yu-Ting Cheng made her piece more interesting  by incorporating elements of EDM into her live performance. Ultimately she wanted to answer one very important question: “Is there any piece I can play that’s connected with my own generation?”

Mixing the old with the new culminated in a performance that felt fresh yet familiar.

At some capacity, the talks allowed many of the campus’s brightest to showcase the impact their research could have in the near future. You don’t have to look any further than Daniel Charlebois and Jesse John to find this out.

Charlebois’ work hopes to combat the growing threat of antibiotic resistant bacteria. “There’s been a big push in the last couple of years not only to get doctors to stop just prescribing antibiotics for anything,” he said explaining some of the precautionary measures already being put in place.

John hopes to open up nuclear energy as a viable energy source by using nanotechnology to create filters that would alleviate the problem of radioactive waste.

While many involved have gained notoriety in their fields, none have been talked about more than political science professor Helmut Norpoth. Earlier this year, Norpoth gained national media coverage after his primary model predicted that Donald Trump would win the presidency; a prediction that ultimately turned out to be true.

Norpoth appeared on Fox News and Fox Business discussing his model that has already correctly predicted the outcome of five consecutive elections. In mid-October, he  announced that “you can’t trust the polls,” explaining that the national polling system is terribly flawed and completely disregards certain areas of the country. Norpoth even explained  that a majority of millennials would never answer an unknown telephone number seeking voter information and that it is very difficult for the same political party to hold the White House for three consecutive terms. However, he notes that the primary reason the electoral pendulum swung from Democrat to Republican is based on how people act as opposed to how they feel about a certain candidate.

Norpoth relays that, “A week is like an eternity in an election” and that the information released about a candidate in a week shows “a race to the bottom” for the two candidates.

Politics gave way to musical prowess as John Thomas Burson lit up the TEDx stage, introducing an interesting fusion of spoken poetry with a mellow trumpet score. Burson spoke about the idea of conducting “introspective music,” which is using music as a way to channel his internal emotions, the silent emotions he feels when he listens/reads something, externally by his performance.

Burson stated that “Art is a window into who we are as people” and that by “looking for the artistic and social imperative within art and looking for how they intersect” will lead to a greater experience between the composer and his/her audience. Interestingly, Burson wants to dissolve the 4th wall aspect between the audience and the performer/composer and, instead,  call for a collective listening experience between artist and audience.

Burson was able to capture the audience’s attention in an uplifting, transcendence of emotions by having Robert Frost’s poem, “Before I Sleep,” read while he played his trumpet. It was almost as if the audience could feel his emotions by hearing certain high and low points from the trumpet as a video of Frost reading his poem played.

Burson’s focal point for creating an influential and meaningful experience for the audience was trying to capture his emotions through music because he believes that “Art inspires emotional reaction between artist and audience.”

The evening ended with cognitive psychologist, Nancy Franklin, discussing her research on memory and eyewitness error in the criminal justice system. Franklin regularly devotes her time to reexamining cases that are suspected to have produced wrongful convictions through witness error or coerced confessions.

Franklin stated that most eyewitnesses focus on their immediate self interest in an interrogation rather than thinking about long term consequences they could suffer if they do not relate the information they saw accurately and correctly. “Police officers tend to be even more overconfident about their deception detection abilities than the lay people are,” she said.

“It turns out that all of us are at about a 54 percent ability, almost chance, at being able to tell the difference between truth and lies.”

Her research ties back to the fact that the criminal justice system is human, which means that the people who try to make that system work will make mistakes along the way. Franklin believes that a good justice system would make improvements by adding research psychologists in the investigation process. 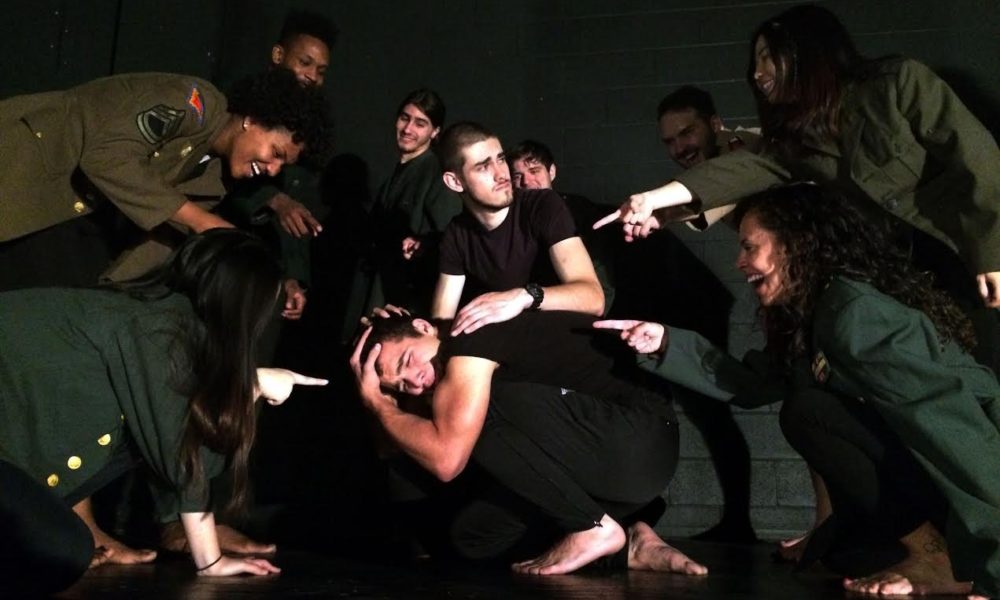