It was July 20, 1969. Neil Armstrong became the first man to walk on the surface of the Moon, blowing the minds of the 125 million Americans who watched the moonwalk on television.

Nearly 50 years later, people are wondering what’s next for mankind. Ever since the U.S. flag was planted onto the lunar surface, colonizing outer space has been a dream of space nerds everywhere. Despite there being no manned missions to Mars, it remains the focus of our next destination.

Many dream of a permanent settlement on Mars, but there are naturally several boundaries preventing human settlement, and science has not yet found the answers to any of these problems. This begs the question: is colonizing Mars a foreseeable possibility, and if not, is any planet?

Mars One, a non-profit organization with the goal of a permanent settlement on Mars, plans to depart people on a one-way trip to the Red Planet in 2026, a mere decade away. Is such a mission actually possible? The short answer is no. In 2015, Mars One representatives debated the feasibility of their permanent settlement plan with MIT students. The debate showed that Mars One’s plan to start sending people to die on Martian soil may not hatch into reality, a surprise to nearly nobody.

Humans are stuck on square zero in space colonization. Even if Mars One were to work and people began living on Mars in the 2030s, or if NASA were able to magically terraform the Martian surface so that people could walk around without a spacesuit, that doesn’t solve the gravity issue.

Gravity on the Martian surface is 62 percent less than that of Earth’s (0.38 Earth g’s). Prolonged exposure to such a difference in gravitational force leads to a loss in bone mass among other problems for humans.

If Martian gravity is an unavoidable obstacle in colonization, there is a planet we could travel to with a gravitational force similar to that of Earth’s: our “sister planet,” Venus.

It’s known as our sister planet for a reason; gravity on Venus is much closer to what is ideal for man compared to Mars, at 0.9 Earth g’s. And that’s not the only advantage the second rock from the sun has over the fourth. Depending on the time of year, Venus is 30-50 percent closer to Earth than Mars is. That makes traveling to and from Venus, for both manned and unmanned spacecraft, much less timely and costly.

Venus is also closer to the sun, which means four times more solar power. There is more carbon dioxide in the atmosphere, which in theory means that it is easier to extract oxygen. Also, the atmosphere is much thicker on Venus, which allows for better protection against space radiation and meteorites. The Venusian year is closer to Earth’s, at about 225 Earth days. The Martian year is close to 700 Earth days.

When considering gravity, the atmosphere, solar power and the length of a year, Venus starts to look like a more realistic planet for further exploration than Mars. But there are a few major disadvantages Venus has. The greenhouse effect on Venus can make the surface temperature over 450 degrees Celsius (842 degrees Fahrenheit). If you were to walk around on Venus, your blood would boil, and you would die. But it’s not necessarily a guarantee that your blood would boil on Venus. If you’re lucky and the temperature doesn’t get to you, the pressure will. The pressure on Venus is over 90 Earth atmospheres, meaning a walk on Venus would be like diving 1,000 meters underwater. Your body, like the probes NASA has sent to Venus, would simply implode.

In theory, living on a planet isn’t possible if you can’t walk on it. So any hopes of colonizing Venus is dead, right? Not quite. In 2014 the High Altitude Venus Operational Concept was unveiled.

HAVOC is a multi-phase concept focused on establishing a permanent settlement on Venus using airships and floating cities. The appropriately-named concept wasn’t thought up by someone who played Bioshock: Infinite for way too many hours but by NASA.

Scientists and engineers at the Systems Analysis and Concepts Directorate at NASA’s Langley Research Center in Richmond, VA studied the feasibility of prolonged human presence on Venus and came up with HAVOC. It would establish a permanent settlement on Venus without man ever stepping onto the Venusian surface.

Although surface temperature on Venus may be approaching 900 degrees Fahrenheit, when you go about 50 kilometers (around 32 miles) above the surface, temperatures drop to around 158 degrees F. That’s still hotter than what has ever been recorded on Earth, but it is manageable for humans living inside a structure. Pressure also normalizes so that our floating civilizations won’t implode.

The first phase of HAVOC calls for probes to explore the Venusian atmosphere. The second phase would be a manned mission orbiting the planet for one month.

The final phase would allow for long-term human presence on Venus in floating structures, or what I call balloons. Living inside a balloon over a planet with a surface inhospitable for any living creature sounds like something out of a cheesy sci-fi movie where everything will clearly go horribly wrong. But according to the Langley researchers, it isn’t a premise for a bad movie, but a very real concept.

NASA does not plan to fund HAVOC anytime soon; however, they consider the concept a possibility down the road, especially its first few phases that would allow crewed aircrafts to explore the Venusian atmosphere.

What is clear is that we are still very far from foreign planet colonization becoming a reality. Mankind is in the preliminary stages of such a feat, at a point in which we must measure our capability of achieving colonization goals.

Attempting to settle on distant planets begs the question: Is the Martian surface our next giant leap in space exploration, or could cloud cities over Venus, although outlandish, be an achievable goal for the coming generations? Only time, likely an amount of time longer than your lifespan, will tell. 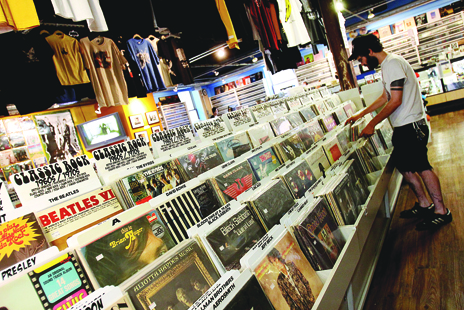