Well it’s that time of year again. Students walking around, petitions in hand, hoping to get enough signatures to make it on the ballot to run for a USG position.

Most students will nonchalantly sign these petitions, maybe not even paying attention to whose petition it is they’re signing. They’ll hand the clipboard back and continue on their way, knowing nothing about who it is they just spoke to and endorsed for a USG position.

It’s fair to say that most students know little, if anything, about what USG is, let alone how they operate. Stories about their activities may appear in campus media, but many of them are glossed over.

The election will begin April 8, and a small percentage of undergraduate students will log on to SOLAR to vote for candidates. Some will do so responsibly, having researched each candidate and knowing what they stand for. Many others however will log on and vote for whoever their friends may have told them to. An even larger number won’t even vote.

It’s sad really, that so few students know or even care about who will make decisions on their behalf. It’s easy to get caught up in school work or other activities and forget that a student government even exists.

For those of us involved with clubs on campus, we’re forced to work with student government, whether it be to negotiate budgets or request money for supplies. We know how important student government is. We know that without it, our jobs and our activities would cease to exist. So much of what we do on this campus, and what services we can provide to the undergraduate community rely on those who are elected to USG.

This is also a big time of year for the campus, as well as USG. The semester’s winding down, summer plans are being made, but it’s also nearing the time when the acts for the spring concert are announced. More than any other time of the year, USG is in the spotlight. Many students will have complaints about the talent chosen, especially considering by the outcry from students regarding the Steve Aoki and Kendrick Lamar concert that would never be. Many of these students didn’t vote last year, and will now complain when the actual talent for the concert is announced.

They’ll complain about how Stony Brook doesn’t act in the students interests, how Stony Brook wastes money, and surely many other things. But will they look at the real root of the problem? That problem being those who were elected to USG.

That’s not to say that those who are involved with the selection of artists for the spring concert are a “problem,” but that if students do have a problem with the way things are being done, those are who they should be voicing their opinions to.

Many of them won’t. They’ll complain on Facebook or Twitter, or in side conversations with friends. Completely unaware of the fact that they have power over their own destiny. They have the power to change things for the better, for how they want them to be.

This is where we say “put up or shut up Stony Brook.” If you have a problem with the way things are handled on this campus, especially special events like the spring concert, then do something about it. Research the candidates, get to know them, understand what they want to do and make an educated decision as to whether or not you agree. If you agree vote for them, if not then don’t. Just don’t sit around and do nothing, and then complain when something doesn’t go your way.

We have the power to do great things and have experiences which will last us a lifetime as students here, lets make sure we put people in office that will reflect our best interests. Don’t vote for candidate because you like them, or you think they’re nice, or because your friend told was in a class with them once. Vote for the person who’s really the best leader for this campus.

That being said, when the polls open on April 8 make sure you’re ready, and more importantly make sure you take the time to actually go on and vote. Your future at Stony Brook relies on it 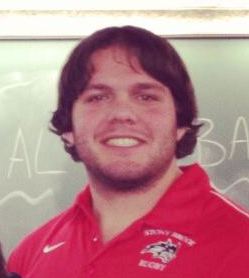 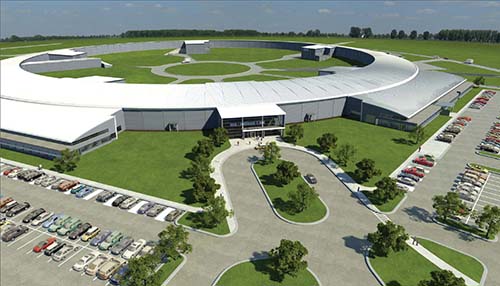