With less than two months left until the end-of-semester concert, the Undergraduate Student Government and Student Activities Board have yet to choose performers for the show. USG had previously chosen to set a bid for Steve Aoki and Kendrick Lamar, but Aoki failed to pass security checks.

The University Police Department’s decision to cross off Steve Aoki from a possible duo performance with Kendrick Lamar has angered a lot of students. The concert, which would have been held at the end of this semester at LaValle Stadium, reportedly cost less than $100,000. According to UPD Chief Robert Lenahan, the injuries reported at concerts from previous schools deemed enough for them to fail the security checks.

But while the Aoki/Lamar package failed to succeed at Stony Brook, it passed security checks at other schools in the tri-state area. SUNY Cortland will host the duo’s performance this spring, as will Central Connecticut State University and Pace University.

Steve Dangler, chief of police at SUNY Cortland said in an email, “Our Student Government works closely with our Campus Activities office for major events. University Police supports all areas in providing a successful program…We, at Cortland, do review every detail of a proposed contract and proceed as needed.” CCSU and Pace police departments could not be reached for comments.

While Stony Brook UPD’s reasons to axe Aoki are understandable, there seems to be a schism in how security checks are run at schools throughout the State of New York. Regarding the police departments at both SUNY schools, Cortland’s website does not indicate any affiliation to State Police, while the Stony Brook site state, “The University Police have a mutual aid agreement with the Suffolk County Police Department and a close working relationship with the New York State Police.” Cortland will be holding their concert on April 27, the same date that Stony Brook otherwise would have.

Since the publication of last month’s story, both the Undergraduate Student Government and the Student Activities Board received heat from Stony Brook students on various mediums, including Facebook. One particular protest page suggested that students voice their opinions in order to regain the possible performance from Aoki and Lamar. Many of the posts lead to comment feuds, including one that was viewed as a “death threat.”

The comment read “Shots fired, bang bang,” and was perceived as a threat towards USG President, Anna Lubitz. The commenter, who wishes to remain anonymous, has received a warning from Administration and has apologized but said, “Everything I said was misconstrued.”

The creator of the group, Fatima Sheehan, declined to comment, and has since taken down the page.

As USG and SAB continue to work towards other possible performers, problems continue to rise when it comes to choosing an artist. During an open meeting on Feb. 22, in which a gallery of students attended, members of the board reviewed a list of performers and attempted to get the long list down to about five or six artists.

When choosing artists, the board refers to YouTube videos and how many views songs may have. At the meeting, the group went down the list, and each member of the board was asked to answer “keep” or “remove.” At one point, Lubitz said, “I would just like to ask one of the board members to allow the gallery to speak because there are students, we have a lot of them here today. So we should just get some of their input as well and not ignore them.”

The board addressed the gallery of students, and Socrates Lambros was the first to respond. He said, “I know as a group, we came for Brand New, and they’re already out, so, I don’t know what their opinions are on the artists that are left [on the list].” Many students of the gallery agreed that Brand New, a rock band originally from Long Island, should be reconsidered, including USG member Kenneth James Myers.

The students and board discussed the compatibility of a rock band with the hip-hop artist who has already been sent an offer to perform. But later on, questions rose from within the board itself when they realized that students might have known that Brand New was on the list beforehand.

SAB member Tobin George said, “I do think that it’s important that we listen to everyone in the gallery, but I also want to bring out the point that everyone who’s here to support Brand New knew that Brand New was going to be on the list. So it’s not like ‘Brand New’s got this crazy following at Stony Brook and everyone came out’ – they’ve [the students in the gallery] got prior knowledge on it, and that’s why they’re here.”

Some of the members of the board and the students of the gallery remained quiet or said, “I don’t know” when asked how they may have known that that particular band was on the list. In an email, SAB Director Zachary Guarnero said, “The list of available bands for the opening act was sent to Vice President

P.J. Abelein and myself- no other person had the list, so there is no way anyone could have known about its content prior to the SAB meeting this past Friday.” The remaining members of the board had seen the list for the first time during that meeting.

USG Director Christopher Muller also showed concern for the high volume of students who had previously known about Brand New and told the gallery. “I’m excited to see a lot of students here; I think it’s great. We would like to see that for every meeting, we encourage students to come to every meeting. I do have to ask, just looking out for the best interests of USG, how did everyone know Brand New was on this list?”

For many of the students who were there, they stated that it was the first that they had heard of the list, and that there were rumors that Brand New was in consideration, along with other rock bands, hence their coincidental presence. But George did not believe the students and said, “Somebody had previously given people who like Brand New knowledge of the list, which I think is unacceptable because we had not even seen this list until today.”

Guarnero commented on the possible miscommunication and said, “The board communicates very well. The issues we have had this year have not arisen from miscommunication. The problems we have had have come mostly from administrative restrictions more than anything else. I have great respect for the members of the board and value the hard work they put in and we are very open with each other about what we think is the best way to utilize the student activity fee.”

Regardless of the alleged miscommunication, Brand New was again crossed off the list, and will not be among the performers at this spring’s end-of-semester concert.

Note: From the USG Code: The President of the USG, by and with the advice and consent of the Senate, shall hire a Parliamentarian to ensure meetings are held in accordance with the Senate Bylaws, the Constitution, New York State Open Meetings Law, and Robert’s Rules of Order, Newly Revised.

(a) Every meeting of a public body shall be open to the general public, except that an executive session of such body may be called and business transacted thereat in accordance with section one hundred five of this article.

(b) Public bodies shall make or cause to be made all reasonable efforts to ensure that meetings are held in facilities that permit barrier-free physical access to the physically handicapped, as defined in subdivision five of section fifty of the public buildings law.

Unless USG or the Student Activities Board call an Executive Session, nothing declared in an open meeting can be confidential. 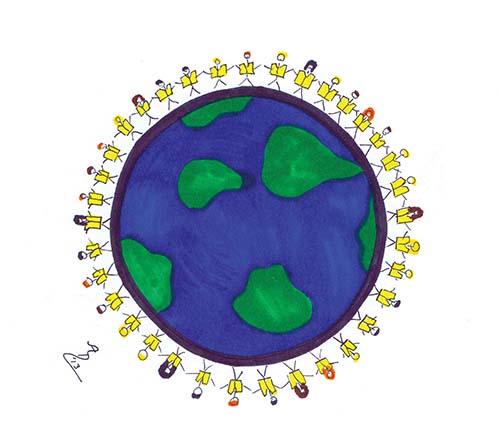