“One day about four or five years ago, I was taking her for a walk,” said Sanders about his dog, Sugar. “The beach had a big sign, ‘no dogs, no boats, no swimming.’ It’s a hot day in August. I told her to go in the water. An old lady is walking past and says, ‘the sign says ‘no dogs, no boats.’ I told her that’s my cat. So now I tell everyone Sugar is a cat.”

When sitting down with Professor Sanders, an Assistant Professor of Journalism, he opens with the story of sugar. Since he came to Stony Brook 26 academic weeks ago, many students have gotten to know Professor Sanders and Sugar. The pair has lived together in New York City and on Long Island.

Sugar turns eight on Oct. 22 and will be spending her birthday with Sanders’ cousin, Larry, in Conn. The cousins are very close, having lived together while growing up and now share Sugar.

Sugar is an English lab, the breed is smaller and less overbred than their American counterpart. They make for generally obedient dogs.

Sugar has been there for Sanders through thick and thin. While on a sailing trip together, the pair made it about three miles out of the harbor when a wall of fog came down. The boat was brand new to Sanders at the time, and he didn’t realize that there was no foghorn and a compass that barely worked. The pair fought on through the fog determined to find their way back to the dock. Sanders could hear other boats and was concerned about the lack of visibility. He looked at Sugar and told her to bark.

“You’re supposed to blow the horn every 30 seconds, so I pointed at her to bark,” Sanders said.

The pair eventually made it back to shore. “She likes going on the boat,” Sanders said about Sugar.

During a broadcasting class last year, Sugar left Sanders side to go sit with the students. Wearing her Stony Brook t-shirts she thinks she’s the big dog on campus and will offer comfort to those in the newsroom who are nervous about the class.

Recently while Sugar was on campus, the school was testing the fire alarm system.

“She got upset and barked,” said Sanders. “She sensed danger and tried to herd the students out of the room.”

Sanders’ cat, Yogi, who sadly passed away last year, played a similar role in his life. Sanders uses the animals to help teach lessons. According to Sanders, cats are great for learning journalism.

“They sit and observe,” said Sanders. “They know how and when to approach. They know the best angle to see something.”

Sanders, formerly a foreign correspondent for CBS, lived in Moscow for a number of years. While in Russia, he not only welcomed a cat, Yogi, into his family, but he realized that he wanted to return to the U.S. to teach once again. Dealing with all the death in Russia brought him to this decision. He returned to teach at Fordham, Columbia and Princeton before being offered a position at Stony Brook earlier this year.

Sanders thinks the journalism school is a great thing. He spoke about how older schools have certain traditions they like to follow. But, with the new-ness of the program, Stony Brook is different.

“We can steam ahead so much faster,” he said. “We don’t have relics to throw us overboard.” 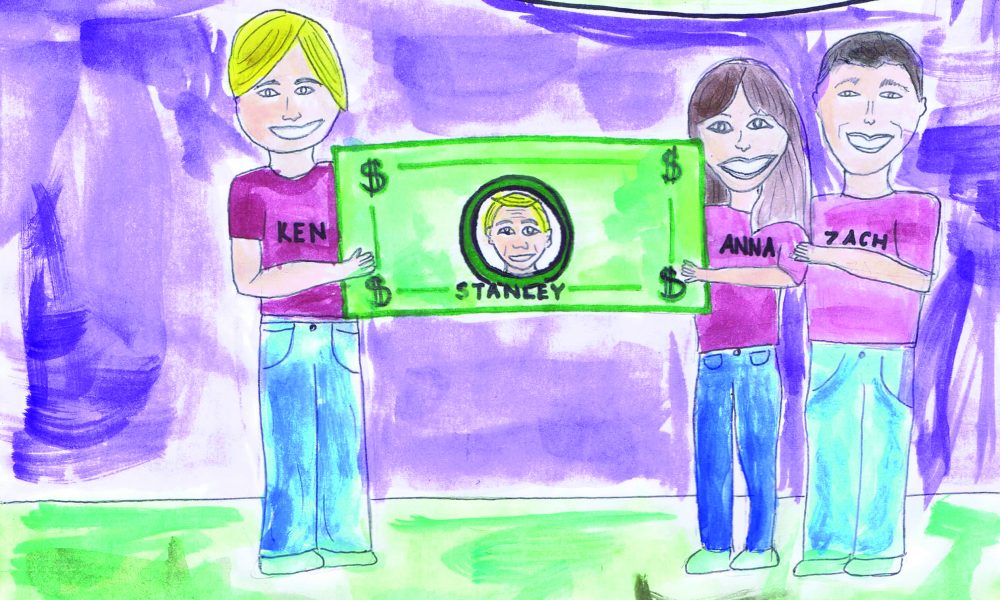 Quinceañera in the USA