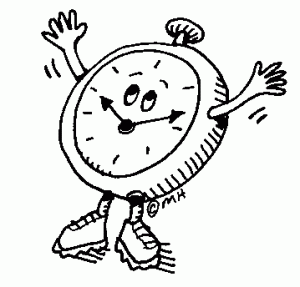 It’s not a $35 million savior to Stony Brook’s budget issues, but it’s one way to offer students the opportunity to take more classes.

At a faculty-senate meeting on Feb. 7, University Provost Eric Kaler suggested the option of shortening some classes by five minutes, which would potentially open up a new time slot so more classes would be available. 55 and 80-minute classes would be shortened.

Jon Freeman, a sophomore, is optimistic about this possibility, as paying attention in the longer 80-minute classes for the whole time can be difficult.

“Listening to a lecture for such a long time period at once, even with a great professor, can get tiresome, and it is easy to lose concentration,” he said. “The added flexibility the extra time slot would create would definitely be beneficial.”

Some professors do not see a problem with this suggestion. Ned Landsman, a history professor, said that while he remembers a time when SB classes were shorter, cutting down classes by five minutes really wouldn’t make a difference because by the end of a class, the attention span of a student has most likely diminished.

“Whether the five minutes will make a difference, probably not,” he said. “I’m more concerned about the lengths of the semester[s].”

Math professor Ljudmila Kamenova said that there are pros and cons to shortening classes: the pro being that professors and students would get more time to travel across campus to their next classes if they’re back-to-back, and the con being that courses with “intensive” curricula that meet twice a week would lose as much as 150 minutes of in-class time each semester.

Junior Krystal Calvano, on the other hand, said she would prefer more earlier classes than shorter ones.

“Instead of shortening classes by five minutes, just add an early morning class,” she said. “I wouldn’t mind being here from 6 am to 12 pm and having the rest of my day to myself.”

If Provost Kaler’s suggestion becomes a reality, and a new time slot is added, students may have more of an opportunity to take the classes they need every semester in order to graduate on time.