Aziz Ansari, Louis C.K., Snoop Dogg and Ralph Nader are just some of the names being thrown around to come next semester to Stony Brook. That’s in part due to more than $100,000 injected into the new Student Activities Board (SAB) budget.

Since the Establishment of Student Life Act was passed last spring semester, the new SAB has been operating on a budget of $404,000; a budget that is 40 percent larger than the previous administration. The act, which was created to remedy a growing concern that SAB events had been catering to specific minority fraternities and sororities, aimed to centralize the way event programming would take place.

Problems had occurred during the transition between old and new SAB. The 2010 spring semester Brookfest concert, the first big event after the change was dismally attended, selling only 540 tickets for an event that hosted rap-artist Wale and indie-rock twosome Matt and Kim. The poorly attended end-of-the-year event highlighted a rift between former SAB members and USG’s new direction in event hosting.

Now, more than halfway through the semester, Stony Brook has been host to Christian Finnegan, the Upright Citizens Brigade Touring Company and the mentalist known as Banachek. Between these events, new SAB has also coordinated the Modern Art by Modern Artists exhibit held last week, a well-attended trivia event, the fortnightly Rock Yo Face Case concerts and Humans vs. Zombies.

But even within the halls of the Undergraduate Student Government, there has been an acknowledgment that SAB’s relevance on campus has stayed the same.

“I wasn’t expecting year one was going to be the best thing in the world,” said Alex Dimitriyadi, Executive Vice President and author of the act. “But it’s remained the status quo. It just shows you how ineffective the previous years have been.”

When compared to the old SAB, where there was at least one event or program hosted once per week, the current regime hosts far fewer. It’s something that Student Programming Agency Director Moiz Khan said was done intentionally.

Khan said he saw a problem with how events were being run in previous years and how they were usually catered to a small niche on campus. He said he wanted to focus on events that focused on quality and attracted wide audiences.

“Even though there [haven’t] been many events on campus this semester, each event that has happened, at the very least, has been diverse. There has been no clear clique,” said Khan, who oversees USG student event programming on campus. But with the recent string of budget cuts that has affected Stony Brook, the USG, specifically the SAB, has a grow- ing role compensating for programming cuts in the Dean of Student’s office.

“We are being more conservative because we don’t know what’s down the road,” said Jerrod Stein, Dean of Students. “Relying on the student activity fee is more profound now than it’s ever been,” said Stein.

That’s why part of the 40 percent in- crease in the new SAB budget is due in part to the SAB formally taking respon- sibility for big events like Homecoming Weekend, Roth Regatta and Senior Week.

“We feel that we should offer some sort of support to make sure these traditions continue to happen,” Dimitriyadi said. “Ultimately we are responsible for student life on campus.”

Khan is hopeful that the SAB receives more money from the USG, on top of a recent $20,000—funds redirected from the discontinued LIRR ticket program, ALIRRT.

Dimitriyadi and Khan are proposing to increase the student activities fee to $100 from the current $94.25. Khan hopes that the additional money will go towards SAB to fund big name artists and events for next semester. Students will get to vote in favor or against the activity fee raise, however. Khan says the fee hike would go to a good cause.

“The big thing obviously is that we can’t just do four events and the scale of the event has to be bigger,” said Khan, reflecting on the events new SAB has hosted this semester. “We are still looking for more money to do bigger events for next semester.”

The Press sought comment from former SAB members concerning the change of power and this year’s effort to liven the campus, but no one responded to our inquires. 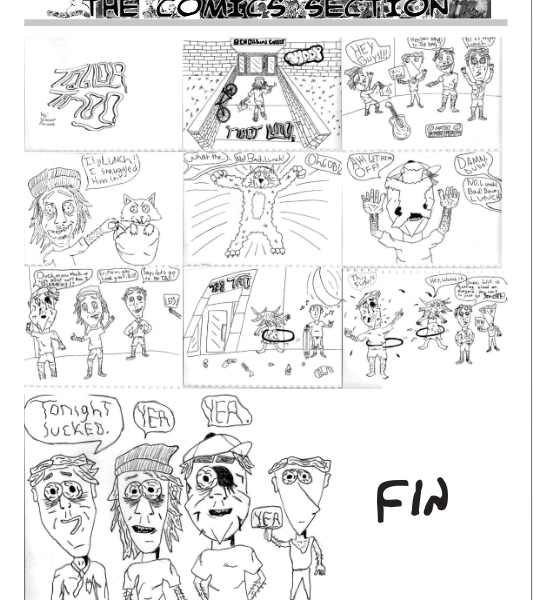 The Death of Kanye West