On Wednesday, students passing through Stony Brook’s Melville Library would have come across a crowd of people listening to and reading from Latino history books and novels.

It was a “stand-up, read out” protest of the recent dismantling of the Mexican-American Studies program that was offered to schools in Tucson, Arizona.

The protest was organized by graduate students from the women’s and gender studies, art and philosophy departments and provided a forum for people to petition against the banning of Latino books in Tucson, as well as to listen to the content of the books themselves.

Arizona’s Superintendent for Public Instruction, John Huppenthal, decided on January 10 that the Mexican-American studies program offered at some schools in Tucson violated Title 15, Article 112 of Arizona’s Revised Statutes, which states that school districts cannot provide material that is designed primarily for pupils of a particular ethnic group or “advocates ethnic solidarity instead of the treatment of the pupils as individuals.”

“If all you’re teaching these students is one viewpoint, one dimension, we can readily see that it’s not an accurate history,” said Huppenthal. “It’s not an education at all; it’s not teaching these kids to think critically.”

The dismantling of the MAS program immediately provoked a protest on the streets of Tucson from enraged students enrolled in the program, 60 percent of whom are of Mexican descent.

It also prompted social justice groups from universities across America to protest the law and the subsequent removal of history books from Arizona classrooms.

Activists from Stony Brook, as well as 11 other universities from around the United States, held read-in protests on campus where students could sign a petition to have the law repealed while listening to speakers reading excerpts from the banned books.

According to Martina Koegeler, a graduate student at Stony Brook who is completing her masters in Comparative Literature and helped organize the read-in, the Latino-authored books are vital to the history of America.

“These are such important books for America,” said Koegeler. “Who is one district judge to decide what should be taught? It’s setting a precedent for other schools.”

“With their record of anti-immigration legislation, politicians in Arizona have become experts in making humans illegal,” said Diaz in a press release from his protest organization Librotraficante. “Now these same legislators want to make thoughts illegal. If we allow this to happen, these laws, too, will spread.”

Latino history books and literature were removed from the classrooms and placed in storage, but are still available in school libraries.

The read-in at Stony Brook’s library made use of the banned books, which are still available here. It was also situated in such a way that any student walking through the library would be forced to stop and listen.

One such student, Jenny Hernandez, a junior art history and biological anthropology major, decided to sign the petition for a repeal of the Arizona law after walking past the read-in.

“I had no idea that this was going on until I came to the library,” said Hernandez. “It’s helping other people get informed,” she said of the read-in.

Other students found the list of banned books to be politically motivated.

Enoch Allotey, a junior biology major, said that one of the banned books, Voices of a People’s History of the United States by Howard Zinn, “talks about America’s history.”

“Everything they’re talking about [in the book] is not mainstream history,” said Allotey. “It’s really controversial, it’s not fiction. I can see why politically they wouldn’t want it out there.”

We have yet to see if the nationwide protest will achieve any law change, but according to Koegeler and the other protest organizers, “it’s important for students to be aware.” 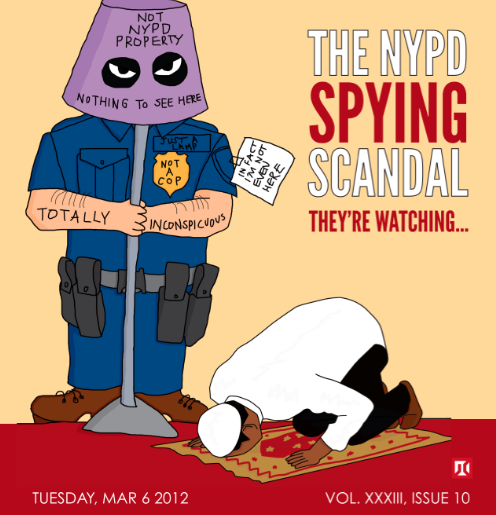